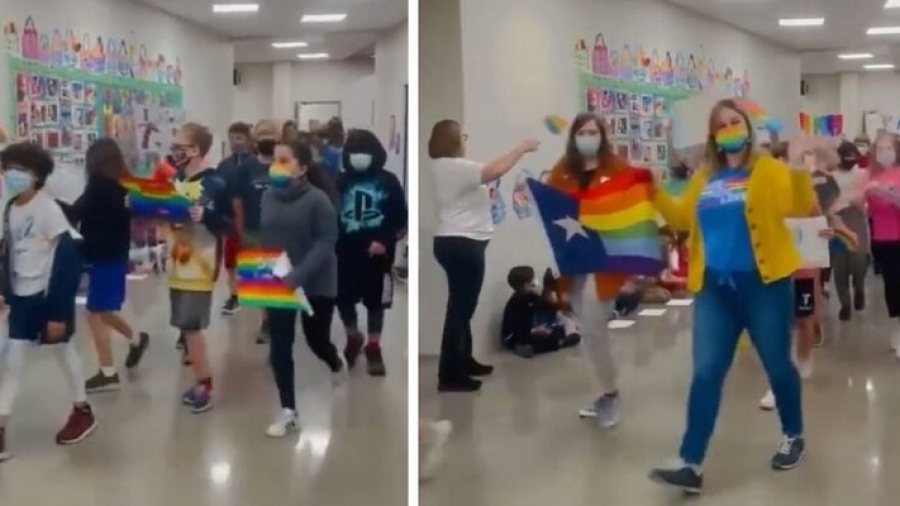 The woke public education system is misunderstood by many parents in today’s United States of America.

In what started out as centralized locations where taxpayer-funded staff and facilities were established to educate children in essential subjects, equipping them to compete and succeed during their working years.

Soon though, radicals started advancing their agendas, including pushing sex ed and other deviant lesson plans.

As far back as the 1940s, the U.S. Public Health Service strongly advocated sexuality education in the schools, labeling it an “urgent need.”

In 1953, the American School Health Association launched a nationwide program in family life education. Two years later, the American Medical Association, in conjunction with the NEA, published five pamphlets that were commonly referred to as “the sex education series” for schools.

As more and more children are now being raised in single-parent homes, typically without fathers, and with the increased pressures coming from online platforms, many of them are now struggling with handling basic life issues.

In the radical city of Austin, TX, an elementary school recently held a pride parade through the halls of the school building as a part of their pride week, which also features “community circles” of discussion where students were told to keep the conversation had within the classroom, reports Libs of TikTok.

Students at Doss Elementary School, which serves students in pre-kindergarten through fifth grade, were seen in a video originally posted to Twitter by the school’s Assistant Principal Hannah Wankel but later deleted, marching through the halls waving pride flags, holding signs, and shouting “pride.”

This year’s pride parade will be held during Pride week, from March 21-26. The Austin Independent School District’s Pride week saw the school decorated in rainbow decorations and various gender and sexual identity flags.

“Each campus will receive an inspiration guide of suggested activities for PRIDE Week. Campuses are encouraged to plan activities that engage, educate and inspire. If you have any questions regarding planning activities or for assistance in selecting resources that best fit your school community, please contact your campus GSA coordinator or campus counselor,” Austin ISD wrote.

In line with the LGBT insistence that students are part of the greater community, and should not be “forced’ to only hear their parent values, more liberal schools are violating state laws.

After parents objected to the school requiring their children to not tell them what is going on, the school changed the agreement to state that the “teacher will explain it is ok to share with parents or adults they trust outside the community circle.”

The original rules of the agreement were noted to violate the Texas Education Code, as Libs of TikTok on Twitter revealed.

The code states that: “An attempt by any school district employee to encourage or coerce a child to withhold information from the child’s parent is grounds for discipline under Section 21.104 (Discharge During Year or Suspension Without Pay Under Probationary Contract), 21.156 (Discharge or Suspension Without Pay Under Continuing Contract), or 21.211 (Termination or Suspension), as applicable.” To me, this situation is completely unacceptable, yet all the administration had to do, is make a small change after getting caught.

The solution you may ask?

Close the Department of Education, and send education back to the states.

Children must be allowed to learn reading, writing, arithmetic, without social justice pressures getting thrust upon them by mentally disturbed educators.

This is why we and I recommend all parents homeschool their children, my wife and I did.