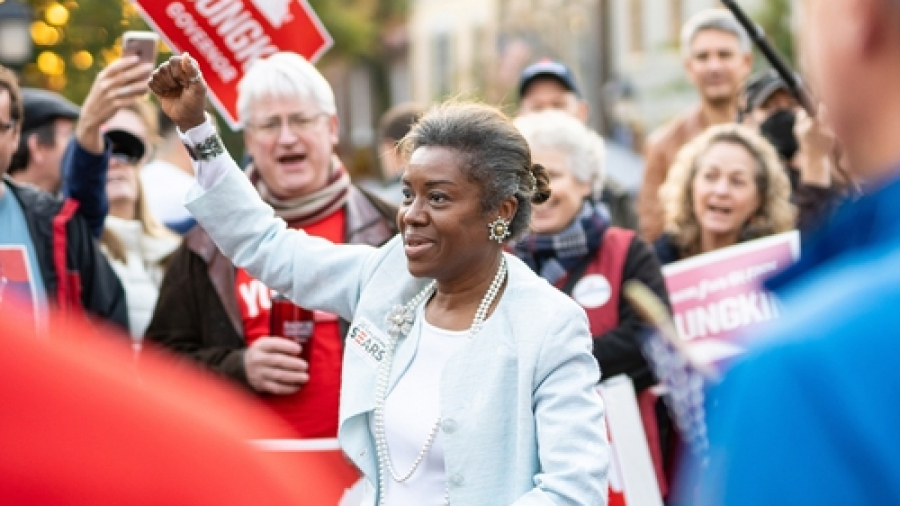 If there’s one thing that the far-left hates more than anything in the world, it’s a black conservative. Sure, they hate your average white conservative, particularly those of the MAGA mold, with a burning passion. Biden has shown that well enough with his recent speeches and all the hatred of those that don’t bend to the leftist view that they’ve shown.

But even that hatred is outdone by their utter despising of black conservatives, who they tend to view as something approaching apostates or traitors. To them it makes sense that whites, particularly older whites, would vote for and support the GOP, which they see as reactionary and racist. But blacks? To them that’s treason.

And Virginia’s Lt. Governor, a black, conservative woman, called out that intense hatred the left has for black conservatives during an interview with the New York Post’s Cal Thomas, saying, when asked why Democrats mischaracterize people like her:

“In order for [Democrats] to continue to win,they need to get 80 to 90% of the black vote. That’s why they are so full of hatred when conservatives like me, or libertarians, don’t think the way they do. . . . We don’t really care.

“The slaves did not die in the fields to be beholden to the Democrat Party. They wanted their freedom . . . their families to be reunited . . . and their children to get a good education.”

Adding to that in a dismissive remark about “Slave Remembrance Day,” Sears said “If you want to live in the past, go ahead; just don’t drag me back with you.”

She also characterized the grip that the Democrats have on the votes of most blacks as utterly absurd and nonsensical, noting that it is crazy “the Democrat Party became synonymous with black people. [Democrats] were the ones who were keeping us from achieving. Then there’s this other thing that is happening with black women not having their babies. And they call me a white supremacist for saying we want more black babies. Democrats have to make up their minds.”

One can’t help but remember the left blasting Larry Elder as the “black face of white supremacy” when he ran in California’s gubernatorial race in an attempt to unseat California Governor Greasy Gavin Newsom.

“I think what we have to be careful about as Christians is that no one is on the throne except Christ. . . . We know that God can use anyone. He even used a donkey to speak to Balaam [an Old Testament story] to tell him he was going down the wrong path. So, if He can use a jackass, He can use anybody.”

In the one disappointing part of the interview, however, Sears hedged when asked if she would endorse Trump should he choose to run in 2024, saying “I’m going to hold my fire. I want to see what he says, what he does and who else is out there.”

Despite that, it was a reasonably good interview, one that shows that the Democrat death grip on the black vote could start slipping if more blacks act like Sears and wake up to how little the left has done to them, particularly when compared to those like President Trump that fought so hard for the average American.

Source
Winsom Sears Torches Democrats, Calls Out Their Sick “Hatred” of Black Conservatives is written by Will for trendingpolitics.com