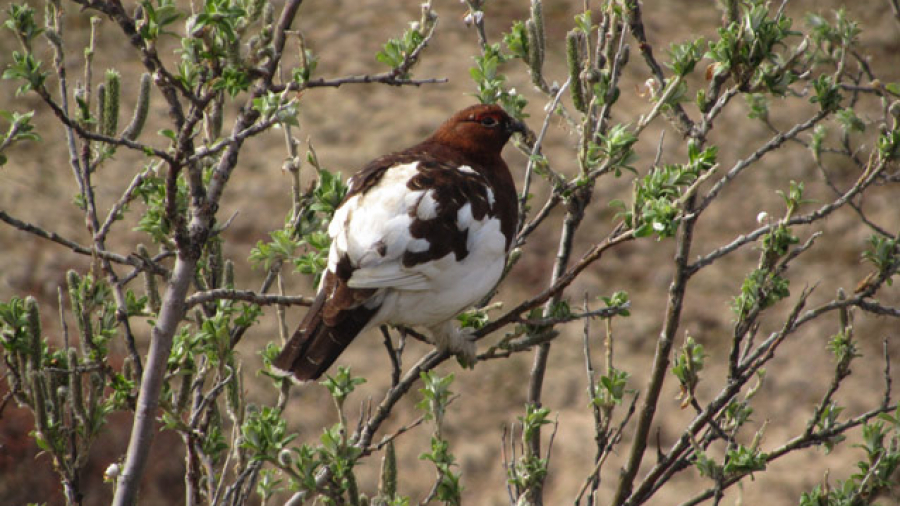 Ever heard of an Ojibwa? If you’re scratching your head, don’t feel bad. Most Americans haven’t. However, you DO need to know this incredible survival tool could save your life in a crisis. That’s because it has the ability to catch some of the most evasive animals around.

When most people think of hunting, they think of large animals like elk and deer. And, if you’re handy with a snare, you might think of smaller critters like squirrels and rabbits.

However, what many preppers forget about (that the Ojibwa takes care of for you) is birds. These fluttering, flying pieces of food can be a real godsend in a survival situation. After all, you may find yourself stuck in a location where there’s very limited wildlife. However, birds tend to be almost everywhere we look. And, if you’re desperate for food, catching them just might save your life.

Many preppers give up on catching birds because they’re just so dang quick and hard to catch/spot. However, thanks to the Ojibwa, this is no longer a problem. And, since this survival tool contains mostly all-natural materials, you can use it practically anywhere.

Ready to find out more? Keep reading. You’re about to discover…

Why You’ll Need An Ojibwa To Survive

Disclaimer: This article is for information purposes only. Be certain to check your local and state laws before attempting any of the information herein.

You’ll need a few things to make this awesome survival tool. Luckily, you can find many of them in nature. This makes it a lot easier if you need to build an Ojibwa in a survival situation. However, keep in mind you can make one of these ahead of time. According to Survival Sullivan, you’ll need the following materials to complete the task:

The main piece is a tall pointed pole, about 4 feet in height that you drill a hole in.  The hole is bored so there are no snagging pieces inside.  You can use flint like the native people, or a hacksaw. A cord or rope must go through smoothly and without any resistance. The method a lot of bush craft people use is contributed to Kochanski and it is cutting a hole with a long Bowie or hunting knife. This method makes more of a conical bore on each side so the cord has a range of motion, you can drill the hole of course. Either method would be functional as long as the walls of the hole are smooth inside. You can use your knife to carve a point at the pole’s top. This will discourage birds from landing atop it, and aim them more towards the trigger stick for a seemingly better perching place.

The next piece is a stick that is long enough and thick enough to let a bird perch on it. Think of the dowel rods used in bird cages to gauge the width. This triggering stick will fit into the hole as a plug, keeping the snare open by preventing it from sliding shut until it is activated by a bird’s weight on it. When the bird lands and pressure is presented on the triggering stick, it will cause it to be released. This will allow it to close the snare and shut it.

Through the ages many materials have been used from leather strips, natural twines, to wire. I don’t like wire as its too rigid for this type of snare trap and can get misshaped quite easily. After a few uses, it may not slideclosed properly, allowing for your catch to escape, or can bend a few times then just snap right in two. So the consensus is using cord is the best all around. I like the inner strands from paracord as they have a great tensile strength, will not rot or mildew like other natural cords, and slide pretty well allowing for the snare to shut. If you have no paracord, then most cords will do for a while.

For this type of snare to work, the activation of the trigger will need to be countered with a weighting mechanism. There are 2 types of mechanisms that will work. A bent sapling to snap the snare closed when activated, or a rock for weight to pull the snare closed with gravity. The rock method is the one employed by the Ojibwa as it can’t break or be affected by weather like a sapling. So during the long and harsh winter months, the rock won’t fail making it the best choice.

Once the project is complete, your Ojibwa is going to look like this:

Now it’s time to learn how to set the trap. According to Survival Sullivan:

Here is a closer view of the trigger and the way it fits into the pole with the snare set. This is the properly sharpened tip of the pole, to insure the pigeon or any bird to choose the trigger branch as a landing spot for a safer grip. Using a toggle does insure the birds legs don’t break when the snare is closed, so it is a more humane method. It also may mean the bird, depending on its type, may escape if a particularly strong breed.

It is a fairly simple set up. It would be better to practice a few times to make sure your snare line feeds smoothly and the trigger fits snug enough to not fall too soon, but loose enough to be triggered when needed.

A note: To stop the rock for pulling the snare by gravity alone, I have seen people put a knot in the snare close to the rock. This is not advised as it may prevent the snare cord from sliding correctly and let your bird loose. If the trigger stick is snug enough, you will not need any knots or special ties to keep it from shutting before being triggered by the bird’s weight.

This is what the trap looks like when it is set properly: As the bird lands here (marked with red), the weight will offset the balanceof the stick that has been placed in the pole’s burrowed hole, dislodging it, and letting the rock pull the snare shut as seen below. One way to entice birds to land and perch is to scatter grains and berries around the stand, or place a leaf with seed in the snare hole. As they come in for landing they will perch first to survey the land for competition, or predator hiding spots. Have your trap close enough to trees that the birds will fly down onto your perch, but not too close to the local foliage that they just go straight to the seed or bait that you have placed to lure them in.

This survival trap is an excellent way to catch pigeons, as well as other types of birds like rock doves and grouse. This trap is great at catching passenger pigeons, which are a fairly large bird. Therefore, you can be fairly confident you’ll catch a pretty good meal or snack with this thing.

Watch the survival video below to see how one man builds the Ojibwa. This provides a great visual, and allows you to see how the trap works. Take a look:

Isn’t that a cool looking trap? It could seriously come in handy to help you stave off hunger when SHTF!

Now keep in mind that this trap contains mostly all-natural materials. So, with certain tools (like rope/paracord and a hunting knife) you can pretty much build this wherever.

However, I never like to stake my chances on happenstance. After all, you never know where you’ll end up when SHTF. And I’m just the type of guy that likes to be as prepared as possible.

That’s why I would highly recommend building this trap now, before a major crisis occurs. That way you can get some more practice in in case it doesn’t work out the first time. Plus, by having it with you in an emergency, this will practically guarantee you’ll catch food. Like I always say, “Prepare Now, Survive Later!”