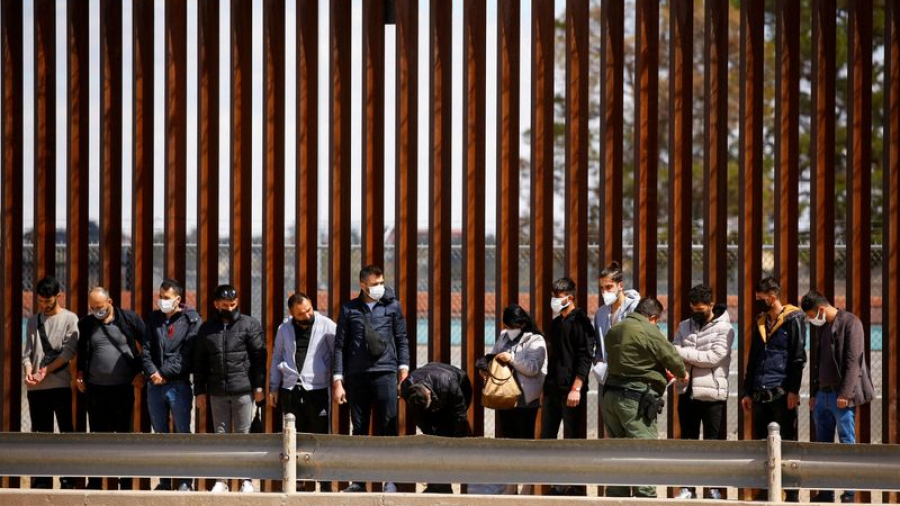 The Biden administration on Tuesday outlined a six-point plan to tackle border security as it pushes back against criticism that it is unprepared for a late-May deadline to lift COVID-19 restrictions that have blocked asylum seekers and other migrants at the U.S.-Mexico border.

While the end of the restrictions were thrown into doubt this week by a federal court, the administration of Democratic President Joe Biden said it was still preparing for an increase in the already historic number of crossings at the U.S-Mexico border.

Senate Republican leader Mitch McConnell said on Tuesday he will insist on a vote to stop any suspension of the so-called Title 42 immigration border measure, and possibly attempt to attach it to a COVID-19 aid bill.

(Reporting by Ted Hesson in Washington; Editing by Mica Rosenberg and Leslie Adler)