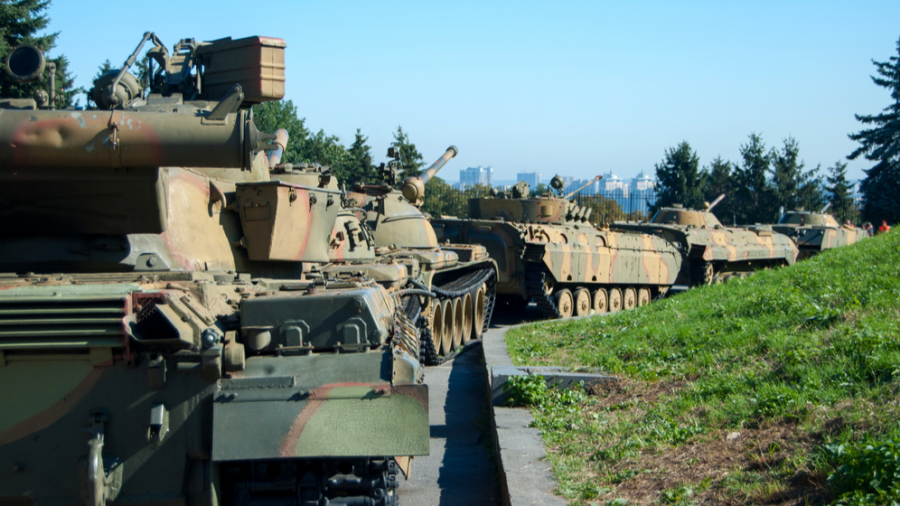 Many leaders from around the world have responded to Russia’s full-scale invasion in Ukraine in the early morning hours on Tuesday by vowing that there would be consequences for Russia’s actions.

Russia started the attacks at around the same time that its president Vladimir Putin revealed that a “special military operation” was ongoing. Putin also told Ukraine’s soldiers to give up and go home while threatening the United States and NATO that, in case they intervene, “Russia will respond immediately, and you will have consequences that you never have had before in your history.”

Here’s what Putin had to say:

Many leaders around the world have responded. Here are some notable ones:

“The prayers of the entire world are with the people of Ukraine tonight as they suffer an unprovoked and unjustified attack by Russian military forces. President Putin has chosen a premeditated war that will bring a catastrophic loss of life and human suffering. Russia alone is responsible for the death and destruction this attack will bring, and the United States and its Allies and partners will respond in a united and decisive way. The world will hold Russia accountable. … Tomorrow, I will meet with my G7 counterparts in the morning and then speak to the American people to announce the further consequences the United States and our Allies and partners will impose on Russia for this needless act of aggression against Ukraine and global peace and security. We will also coordinate with our NATO Allies to ensure a strong, united response that deters any aggression against the Alliance.”

Watch live as I deliver remarks on Russia’s unprovoked and unjustified attack on Ukraine. https://t.co/fsc84Sq6F6

“The Russian attack on Ukraine is a blatant violation of international law. There is no justification for it. Germany condemns this reckless act by President Putin in the strongest possible terms. Our solidarity is with Ukraine and its people. Russia must stop this military action immediately. Within the framework of the G7, Nato and the EU, we will coordinate closely today. This is a terrible day for Ukraine and a dark day for Europe.”

“I am appalled by the horrific events in Ukraine and I have spoken to President Zelenskyy to discuss next steps. President Putin has chosen a path of bloodshed and destruction by launching this unprovoked attack on Ukraine. The UK and our allies will respond decisively.”

“I strongly condemn Russia’s reckless and unprovoked attack on Ukraine, which puts at risk countless civilian lives. Once again, despite our repeated warnings and tireless efforts to engage in diplomacy, Russia has chosen the path of aggression against a sovereign and independent country. This is a grave breach of international law, and a serious threat to Euro-Atlantic security. I call on Russia to cease its military action immediately and respect Ukraine’s sovereignty and territorial integrity. NATO Allies will meet to address the consequences of Russia’s aggressive actions. We stand with the people of Ukraine at this terrible time. NATO will do all it takes to protect and defend all Allies.”

The first wave of attacks made by Russia against Ukraine targeted the latter country’s military and government facilities, airfields and installations along the border. With this, large explosions were caught on videos that were posted on many social media platforms. According to Ukraine, Belarus, which sides with Putin, helped Russia in attacking Ukraine. Additionally, one of Ukraine’s senior officials told The Wall Street Journal” that hundreds of Ukrainian troops have been killed in the initial wave of attacks. This number is likely to go up as Russian troops have entered Ukraine and have launched attacks targeting many other major cities, such as Kyiv, Kharkiv, Ivano-Frankivsk, Mariupol, Odessa, and more. Ukrainian Pres. Volodymyrn Zelensky then announced that Ukraine will be under martial law “across the entire territory of our state.”

Following Russia’s attacks, the prices of oil surged to over $100 per barrel. Dow futures also tanked by 800 points while Bitcoin lost its value by as much as 8.6%. A top Russian official reacted to the relatively weak sanctions that Biden handed against Russia by stating that Americans would likely feel the consequences of the sanctions since Russia could raise the cost of gas. The official said,“There is no doubt that the sanctions introduced against us will hit global financial and energy markets. The United States will not be left out, with its ordinary citizens feeling the consequences of the price increase in full.”

Many leaders from around the world issued statements that condemned Putin for launching the attack while Ukraine has pleaded with the United Nations for help. Dmytro Kuleba, Ukraine’s foreign minister, told the UN General Assembly, “We urge member states to use all available means to protect Ukraine and deter Russia.” Meanwhile, NATO Secretary-General Jens Stoltenberg mentioned that the organization will “meet to address the consequences of Russia’s aggressive actions” and that NATO would “do all it takes to protect and defend all Allies.”