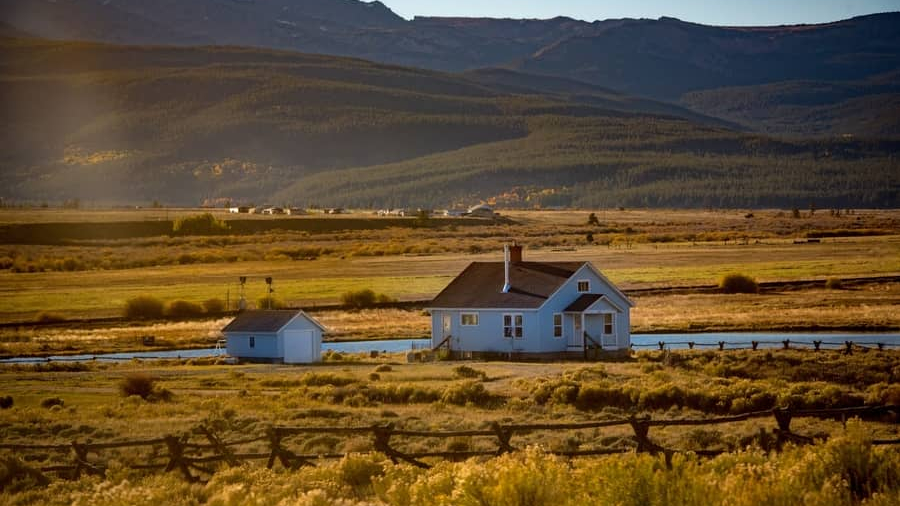 Providing answers to the question, ‘what is the best state for homesteading’ requires knowing the factors to consider when selecting a state to carry out your homesteading. A state with relaxed laws and plenty of natural resources is more suitable for a homesteader than a state with uptight laws and scarce resources. You also have to consider the scenery that you’d appreciate the most: is it the captivating green forests, the silently overlooking hills, or the arid desert?

Whichever your preference is, there’s an appropriate state for you. Let’s look at the best states for homesteading below to make your selection easier.

5 Most Appropriate States for Homesteading

Tennessee is easily a favorite among homesteaders due to the great benefits it offers, and there are relaxed laws to talk about too.

The state boasts an extensive collection of every natural resource a homesteader would ever need. Ponds, creeks, land, wildlife — just mention it. Growing crops is very easy throughout the year, with only a few winter months slowing things down a little.

Likewise, Tennessee has an average climate, meaning regular rainfall, sunlight, and manageable temperature. It tends to snow a little during winter, however. Thanks to the great blend of sunlight and humidity, the growing months have the perfect recipe for cultivating.

Tennessee has fairly relaxed laws, making it quite friendly towards residents living off-grid. For a start, there are traditional laws, a feature that most homesteaders appreciate.

The land, too, is relatively affordable. There are average hills and plenty of land, especially when you are outside of town.

In all honesty, Tennessee is the most accepted state by homesteaders among the ones on this list, so you can be rest assured you won’t be having any problems forming a community of similarly minded folks.

In Arizona, water can be a scarce commodity, thanks to the fact that it is located within a desert. Yet, it’s worth looking at.

The water problem can be solved by installing water collection and storage systems, but this doesn’t affect the longer growing duration of crops.

My biggest reason for including Arizona in this must is the unbelievably cheap property listings. Properties going for $50 000  in this state would cost up to $250 000 in other states, and that’s even the cheaper ones.

That’s plenty of money for you to fix your other projects.

The desert may not hold an appeal at a glance, but it truly is beautiful with its large mountains and fine sand grains. However, this doesn’t change the climate: the summer months are scorching and dry while the winter months are freezing.

Arizona gives you the opportunity to be far from civilization, which is what explains its low population density. This surely does not matter to homesteading, but it’s the first factor to consider when finding SHTF-friendly states.

Not to worry about supplies due to the far distance to civilization. There are always little community towns close to the outskirts where you can get your supplies.

Traditional + A Plethora of Natural Resources

Texas is also a favorite among homesteaders, thanks to its very traditional cultures and overall aura. Homesteaders have made this state home over the years.

Also, there are different climates and terrains to deal with. East Texas provides access to plenty of water and fast crop growth, while the west offers less of both but makes up for its lower population density and cheaper property listings.

Friendly Laws and Plenty of Wildlife

Texas sits close to the middle of the climate spectrum, so expect most skill sets to thrive there, including farming.

That aside, Texas is one of most friendly states to homesteaders. There are very relaxed gun and land laws. Government control is limited.

You have access to sufficient wildlife, too, so hunters and fishers have a field day everyday.

And if escaping civilization is one of your core considerations, you can move to areas out west.

Oregon earned its inclusion in this list due to its extensive amount of wildlife and natural resources. You can bet that it offers all that you’d need when it comes to wildlife, water, and crops.

Oregon has plenty of rivers and mountains and so is rightly considered as one of the most beautiful in the country. Note here that Oregon practices blue politics, but it holds nothing against homesteading.

Oregon has a pretty low population density, and you have plenty of large trees throughout the state.

Land is cheap, and the weather is pretty average, both of which I suspect are because the state is close to California, which overshadows it. This is great though because you can escape the noise of the city without going too far.

Affordable and Plenty of Natural Resources

Montana is a great place to be if you’re keen on avoiding the spotlight. It is located far away from the biggest states and has a relatively low population density.

Land is cheap as a result, meaning that you have more acres in exchange for your cash. And let’s not ignore that the state is filled with natural resources, including wildlife.

Montana boasts of large deer, and elks and antelopes are not absent too. There’s plenty of other wildlife unavailable in other states. The laws are great, too, given that they do not champion unnecessary regulations, and their gun laws are relaxed too.

Several homesteaders have already made Montana home, as you will easily see by looking into the homesteading communities in the state. The weather is really cool but nothing that can’t be managed. You have to prepare beforehand.

Wrap Up: What is the Best State for Homesteading?

Homesteading is becoming a popular venture among us. Surely, there are more than five states that treat homesteaders favorably, but they are the best. Let’s hear from you. If you were to answer, what is the best state for homesteading?