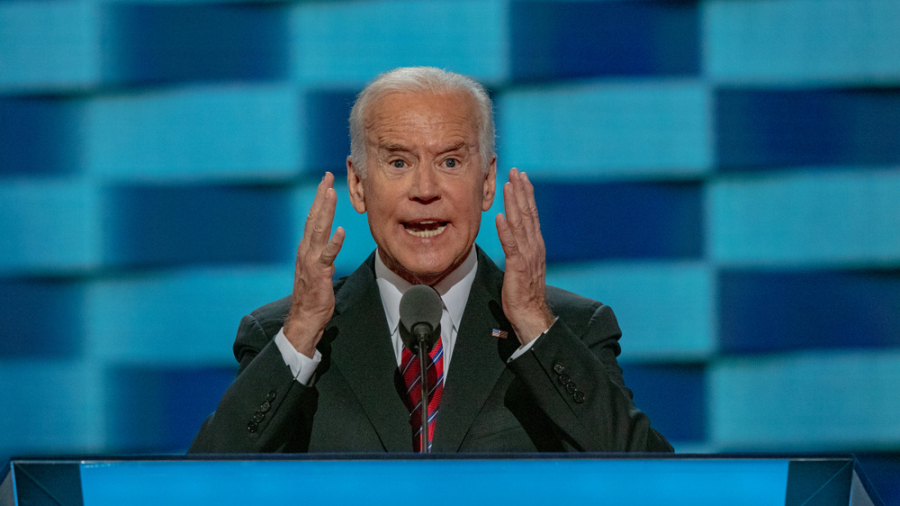 Campaigning for the state’s Democratic ticket in the midterm elections of 2022, Biden joined other Democrats in a more intimate rally setting in Rockville, Maryland. The rally was attended by a few electorates. In conjunction to electing representatives at the federal level, voters in Maryland will also have the opportunity to choose leaders at the state level, including the Governor.

In that contest, Dan Cox, who has been backed by Trump, poses a threat to turn Maryland’s political structure on its head. The popular Republican nominee, who is challenged by the institution of both parties, is experiencing a significant surge of support.

At this rally, Biden made a big slip up! Now, in spite of being promised that elections were safe, safeguard, and beyond the reach of corruption, President Joe Biden recently spoke the silent part openly, which has caused the Democrat party to desire to go underground once again.

A group of people who attended a gathering that Joe Biden was speaking at last week heard him say that the Democrats have a strategy in place to “make sure no one, no one, ever has the opportunity to steal an election again.”

“If we elect two more senators, we keep the House and Democrats, we’re going to get a lot of unfinished business we’re going to get done. Folks, look, we’ll codify Roe v. Wade. We’ll ban, we’ll ban assault weapons. We’ll protect Social Security and Medicare. We’ll pass universal pre-K. We’ll restore the Childcare Tax Credit. We’ll protect voting rights. We’ll pass election reform and make sure no one, no one, ever has the opportunity to steal an election again!,” Biden said to the crowd.

Sounds like they’re going to STEAL THE ELECTION again. Joe just told on himself, AGAIN. https://t.co/5VgME0BdNa

But hold on, there seems to be a mistake. Whose fraudulent election is he referring to?

The Left has been demonizing anyone who has even mildly brought into question that perhaps, just perhaps, the Democrats pounced in and ended up taking the Oval Office away from erstwhile President Trump, asserting that they are a “threat to our democracy” for the past two years. The Left silenced anyone who suggests, even slightly, that the election was stolen claiming that such a person is indeed a “threat to our democracy.”

If we understood what President Biden just said accurately, it seems to be that he acknowledged stealing the election from his predecessor.

This brings up a number of important questions that need to have their answers provided. However, the White House will most likely come up with some weak explanation for what President Biden genuinely intended to say.

A heckler yelled “you stole the election!” at Biden while he was speaking at the event. In response, Biden stated that “ignorance knows no boundaries.“

Source
What? Biden Just Had a Major Freudian Slip About Stolen Elections is written by Abdul for trendingpolitics.com