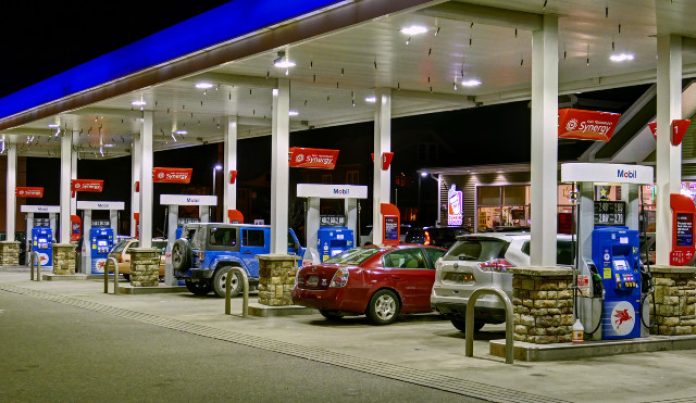 Think that you’re going to have an opportunity to drive around some this fall? Maybe take a drive through nature to a place where you can go on a nice hike, go to visit family for Thanksgiving, or otherwise take advantage of our vast highway infrastructure?

Well get ready for higher gas prices that just keep climbing, because this is what Patrick De Haan, the head of petroleum analysis at GasBuddy, just told FOX Business in an interview:

“What OPEC might do very much could dictate where we go by the end of the year.

“I had expected at least a good potential that the national average could fall under $3 a gallon, but I think OPEC just threw a bucket of cold water on that by signaling its intentions to be well ahead of any economic slowdown. Global inventories for oil remain extremely tight and it’s very clear that OPEC is growing addicted to triple digit oil.”

Adding to that, De Haan also said that “What’s really been driving prices up in the last couple of weeks has been more related to an exceptional amount of refinery snags. But now that OPEC appears on the cusp of cutting oil production that could start setting prices a bit higher as well.”

“If they do something really specific where the Saudis and Kuwait and United Arab Emirates were going to shoulder the cuts, because other countries are having trouble being up to quota, then I think we march significantly higher for crude.

And while those in OPEC are in part to blame for the rising oil prices that are so likely to only continue rising, Team Biden isn’t blameless. In fact, as De Haan put it, Team Biden’s focus on EVs and real or perceived attacks on fossil fuels are some of the factors pushing up gas prices. In his words:

“The White House is basically picking a winner. It’s picking EVs and it’s picking a loser: fossil fuels. What oil company is going to invest billions of dollars in building a new refinery? In this climate, it would be foolish.

“Talk about doublespeak. ‘We need to build more and we’re going to shut you down in 10 years.’ That confusion is not going to build confidence in oil companies to say, ‘hey, you know what, we’ll expand our refinery by 100-.’ No, nobody’s going to do that.”

So, it’s a lot more nuanced than that. Right, Peter? You know this. There have been global challenges that we have all have dealt with. When I say “all,” meaning other countries as well have dealt with since the pandemic. There’s been pandemic and there’s been Putin’s war. And Putin’s war has increased gas prices at the pump. We have seen that over the la- — past several months.

And what the President was able to do — he took some historic steps, when you think about the Strategic Petroleum Reserve, and making sure that he — we were able to do everything that we can to bring that cost down for American families, give them a little bit more of a breathing room. And we saw that. We saw that every day this summer over — saving American families over a dollar per gallon.

And so that is what the President is going to continue to stay focused on — are American consumers; how do we continue to keep — to keep prices down.

That’s why we did the Inflation Reduction Act. That’s why we talk about the CHIPS Act. All of these things are going to help Americans here in this country.

So expecting prices to come down soon would probably be the wrong course to take.

Source
Warning Drops that Gas Prices are Going to Continue Rising is written by Will for trendingpolitics.com

4 DIY Natural Bug Sprays To Keep The Pests Away