US senators at impasse over Ukraine sanctions and defense 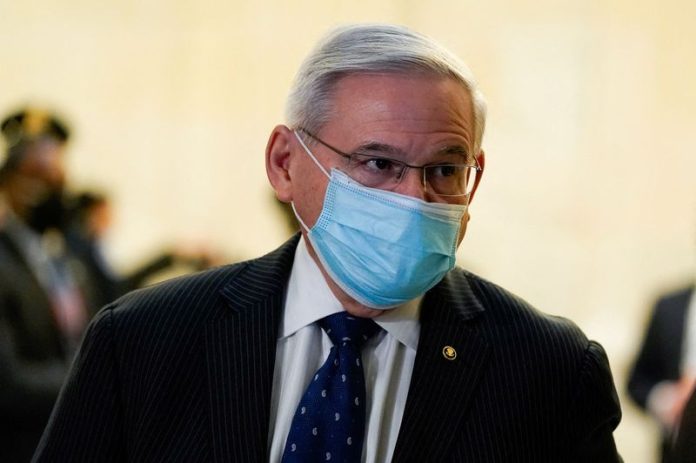 Democratic and Republican U.S. senators who have been negotiating for weeks on a bipartisan bill to punish Russia for its troop build up near Ukraine said they have reached an impasse, although aides said on Friday they continue to look for a way forward.

Senators from both parties had said for weeks they wanted to act quickly to boost Ukraine with sanctions on Russia and more military assistance for Kyiv, in what seemed to be a rare incidence of bipartisan cooperation in a bitterly divided Congress.

A group of about five Democrats and five Republican Senators had been involved in talks on a bill for weeks, but left Washington for the weekend without an agreement.

“We’re at a stalemate,” an aide said, adding that lawmakers were nonetheless trying to find another way forward.

Russia has been building up its forces on Ukraine’s borders for months and demanded NATO pull troops and weapons from eastern Europe and bar the former Soviet state from ever joining the U.S.-led military alliance. The West has said those main demands are non-starters.

The two main sticking points in the discussions among U.S. Senators are disagreement over how to handle the Nord Stream 2 natural gas pipeline and a proposal to impose secondary sanctions on all Russian banks.

Republicans have been pushing to slap sanctions on the pipeline, which would transport gas to Germany, but Democrats say doing that now would risk breaking unity between Washington and Europe amid the Ukraine crisis.

But after weeks of talks, Senator Bob Menendez, chairman of the Senate Foreign Relations Committee, said this week he thought his fellow Democrats and Republicans had reached an impasse.

Senator Jim Risch, the committee’s top Republican, said he agreed with Menendez. “It is at an impasse, but there are other ways forward,” he told reporters at the Capitol.

a Ukraine aide package, such as military assistance, leaving out more divisive matters.

Source
US senators at impasse over Ukraine sanctions and defense is written by Wolf Daily for wolfdaily.com