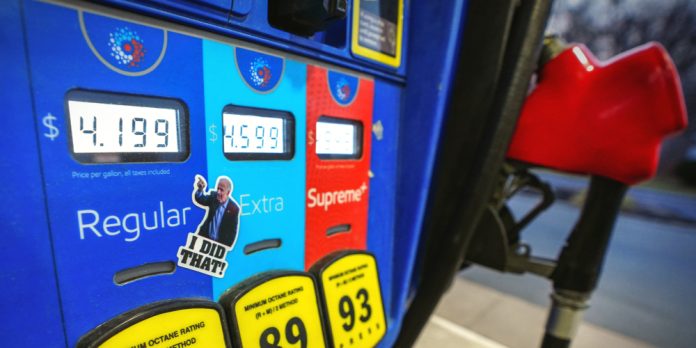 Some gas stations across the country are already preparing for the Next Big Thing in terms of rising fuel prices, which could reach $10 per gallon. Other stations, on the other hand, may have no product to sell at the pumps.

According to a Post Millennial report, gas stations in eastern Washington are running out of fuel.

Customers in the Tri-Cities region of Kennewick, Pasco, and West Richland are reportedly pulling up to fuel pumps only to discover that there is no gas available for purchase.

According to reports, the current shortage primarily affects regular unleaded and premium gasoline, but diesel is also in short supply.

According to the Post, a “76” gas station in Auburn, Washington has already begun reconfiguring its pumps to “make room” for double-digit pricing.

Summer driving season is just about here, and #gasprices are continuing to edge their way up. The national average price of gas is now at about $4.46/gal, and our experts predict prices could be even closer to the $5 mark by the end of this week. ⛽️📈 pic.twitter.com/lXRuGTjVKr

In January 2021, the final month of former President Donald Trump’s presidency, the average price of gas was $2.41 per gallon, with some states revealing gas prices as low as $2 per gallon.

Fuel prices in America have skyrocketed in the aftermath, coinciding with President Joe Biden’s inauguration.

What is the magnitude of the increases? Only one state, Oklahoma ($3.98 per gallon), has a per-gallon price below $4 right now, according to GasBuddy.com, a website that tracks gasoline prices around the world. Six states (Oregon, Alaska, Washington, Nevada, Hawaii, and California) have average prices of $5.04 or higher.

Last week, the United States reportedly set a new record high for gasoline prices, with an average range of $4.43 per gallon. That’s a 35-cent increase from April… and a $1.43 increase since May 2021, according to AAA.

Gas prices have never been higher.

Joe Biden’s Far-Left agenda is to blame for these skyrocketing prices.

As a result of the outrageous prices for gas and food, among other essentials, inflation in the United States has reached a 40-year high.

It’s like they’re intentionally trying to have high gas prices.