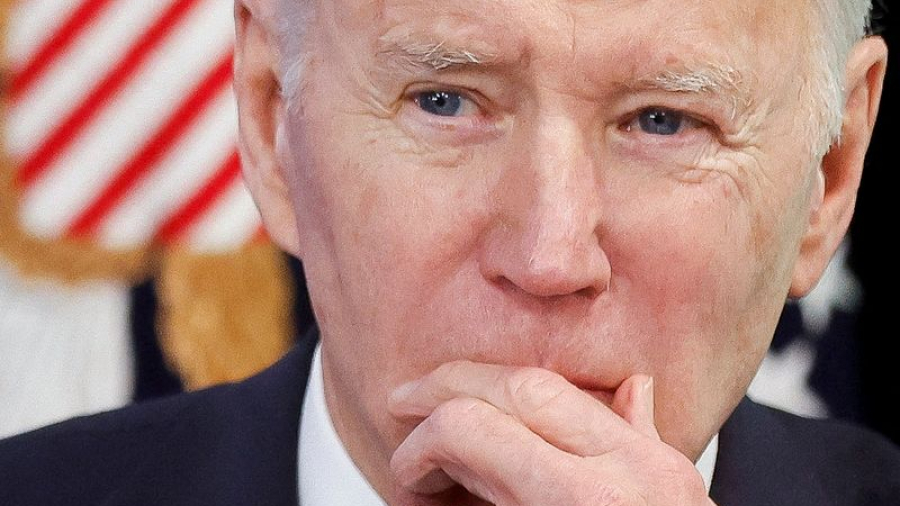 By single-handedly knocking 13% off rocketing oil prices on one day this week, the United Arab Emirates demonstrated the power Gulf producers wield in the market and sent a wake-up call to Washington to pay closer attention to its longtime allies.

OPEC heavyweights Saudi Arabia and the UAE, which both bear grudges against Washington, have snubbed U.S. pleas to use their spare output capacity to tame rampant crude prices which threaten global recession after Russia’s invasion of Ukraine.

Prices rebounded when the UAE energy minister contradicted him and said the Gulf state stuck by an output pact agreed with OPEC+, which groups the Organization of the Petroleum Exporting Countries and its allies, including Russia.

“This was deliberate,” Gulf Research Center Chairman Abdulaziz Sager said of the conflicting UAE comments, adding that the message being sent to Washington was: “You need us, we need you, so let’s settle the issues between us.”

He said Washington, which flagged Russia’s plans to invade Ukraine long before Moscow’s troops crossed the border on Feb. 24, should have coordinated more closely with the Gulf producers in the buildup, rather than turning to them once the crisis hit.

“Gulf states have over many years built a good relationship with Russia, they cannot just overturn things,” he said.

The United States wants the Gulf to side with the West over the Ukraine crisis but Washington has eroded its political capital with Riyadh and Abu Dhabi by not heeding their concerns about regional rival Iran, ending its support for their war in Yemen and slapping conditions on U.S. weapons sales to the Gulf states.

Saudi Crown Prince Mohammed bin Salman was incensed by President Joe Biden’s refusal to deal directly with him as the kingdom’s de facto ruler because of the 2018 murder of Saudi journalist Jamal Khashoggi. A U.S. intelligence report implicated the prince, who denies any role.

“There are many problems between the U.S. and its Gulf allies that need to be addressed widely and resolved,” said a Gulf source, saying trust needed to be rebuilt. “It has nothing to do with Russia or the Ukraine war.”

The source said Washington should have acted before the Russian invasion. “The U.S. administration knew it was heading towards a crisis. They should have fixed relations with their allies, coordinated and lined them up in advance … not just expect them to comply and handle oil prices.”

Mistrust has built up since the 2011 Arab uprisings when Gulf rulers were shocked at how the administration of President Barack Obama abandoned the late Egyptian President Hosni Mubarak after a 30-year alliance, allowing him to fall and ignoring the concerns of Gulf rulers over the rise of the Muslim Brotherhood.

Sunni Muslim Gulf states also felt blindsided when Washington reached a nuclear deal with Shi’ite Iran in 2015 that did not tackle Gulf concerns about Tehran’s missiles program and regional proxies in Yemen, where the Gulf neighbors have been embroiled in war, and Lebanon, now deep in crisis.

Saudi Arabia felt particularly spurned in 2019 when missile and drone attacks on the kingdom drew a lukewarm U.S. reaction, although Riyadh and Washington both blamed Tehran. Iran denied having a role.

The UAE felt equally frustrated in January when Yemen’s Houthis launched attacks on Abu Dhabi. Despite UAE calls for Biden to reinstate a terrorist designation for the Iranian-backed group, Washington has yet to do so.

The Gulf source and another source familiar with the matter told Reuters that Biden had irked UAE de facto ruler Abu Dhabi Crown Prince Mohammed bin Zayed, known as MbZ, by not calling swiftly after the Houthis struck.

“Biden called him three weeks after. MbZ didn’t take the call. Your ally comes under a terrorist attack and you wait three weeks to call?” the Gulf source said.

White House National Security Council spokesperson Emily Horne said on Wednesday there had been “no issues with having a call” and Biden would speak with the UAE leader soon. A UAE foreign ministry spokesperson said a call was being scheduled.

Last month, Biden spoke with Saudi’s King Salman while the crown prince, known as MbS, was in the room. Sources said Biden had asked to speak with the crown prince but MbS declined because the call had only been scheduled with the king.

The White House and Saudi government did not immediately respond to a Reuters requests for comment on the episode. The White House told a briefing on Monday there were no plans “at this point” for Biden to call MbS.

The Ukraine crisis has erupted as the United States, Russia and other world powers have been in talks to revive the nuclear pact with Iran. But Moscow may have derailed those efforts for now by demanding guarantees from Washington that Western sanctions on Russia do not affect its business with Iran.

Gulf states have long felt their concerns have not been addressed in those talks, fearing a deal will empower Iran and its regional proxies.

Gulf states are still likely to side with the United States, which they depend on for their security, over their ties with Russia that focus on energy and business.

“Ultimately, the U.S. does have clout, but the Saudi and Emirati resistance threshold is particularly high at present, given their deep dissatisfaction with U.S. policy towards them,” said Neil Quilliam, associate fellow at Chatham House.

Source
United Arab Emirates tells the U.S., ‘You still need us,’ is written by Wolf Daily for wolfdaily.com