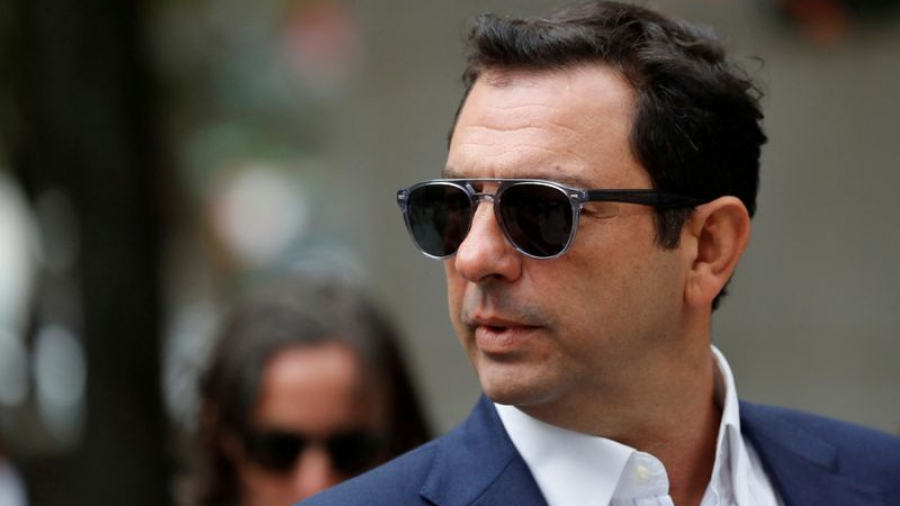 A Ukraine-born U.S. businessman was sentenced to one year and one day in prison on Tuesday after being convicted last year of campaign finance violations alongside Lev Parnas.

The defendant, Andrey Kukushkin, had been found guilty in October on two criminal counts for funneling money from Russian tycoon Andrey Muraviev to U.S. political candidates who could help a cannabis company he was building with Lev Parnas.

Prosecutors had sought a sentence of 51 to 63 months, while Kukushkin said he should be spared prison.

Before being sentenced in federal court in Manhattan, Kukushkin had proposed being allowed to assist with relief efforts in his native Ukraine.

“I can do much more if I keep on helping my family and helping my community rather than be locked up in jail,” Kukushkin, wiping away tears, told U.S. District Judge Paul Oetken.

Kukushkin’s lawyer Gerald Lefcourt added that his client had recently taken in his fiancée’s elderly mother, who fled Ukraine.

Oetken agreed that Kukushkin’s family would suffer from his imprisonment, but said prison time was needed to deter others from similar crimes.

Prosecutors on Monday unsealed charges over the campaign finance scheme against Muraviev, who they said is at large and believed to be in Russia.

Washington has targeted wealthy Russian businessmen with possible sanctions, asset seizures and criminal charges to pressure the Kremlin to stop its invasion of Ukraine. Russia calls its actions a “special operation.”

Parnas, also born in Ukraine, was found guilty on all six counts of campaign finance violations he faced during the October trial, and is awaiting sentencing.

Another co-conspirator, Belarus-born Igor Fruman, was in January also sentenced to one year and one day in prison after pleading guilty to a campaign finance violation.

Source
Ukraine-born businessman gets one year in prison in U.S. campaign finance case is written by Wolf Daily for wolfdaily.com