Ukraine and Russia: What you need to know… 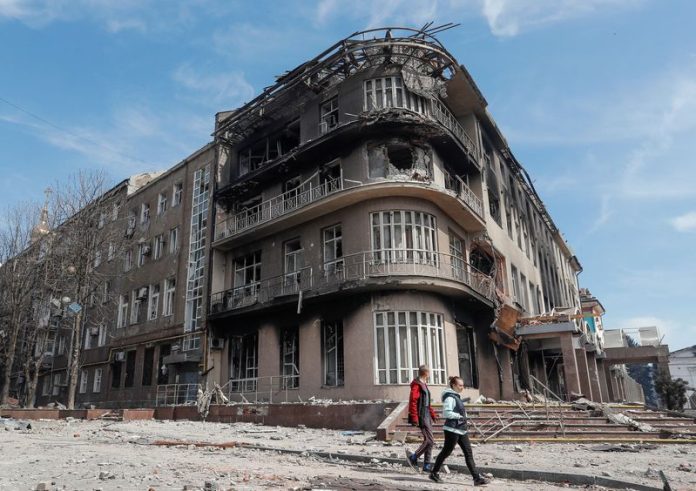 Russian forces pounded targets in eastern Ukraine on Sunday as Austria’s leader planned to meet President Putin and Washington pledged to give Ukraine “the weapons it needs” to counter a new Russian offensive.

* The death toll from an attack on a train station on Friday in Kramatorsk rose to 57, while 109 were wounded, Ukrainian officials said.

* Explosions were heard in Ukraine’s northeastern city of Kharkiv and in Mykolaiv, a city near the Black Sea, Ukrainian media reported on Sunday.

* Ukraine’s deputy prime minister said 2,824 people were evacuated on Sunday through humanitarian corridors, including 213 from Mariupol, which has been under siege for weeks.

* The head of Russia’s republic of Chechnya said there would be a Russian offensive not only on Mariupol but also on Kyiv and other cities.

* Austrian Chancellor Nehammer said he would meet Putin on Monday in Moscow, the Russian leader’s first face-to-face meeting with a European Union counterpart since the invasion.

* Ukrainian President Zelenskiy discussed possible additional sanctions on Russia in a call with German Chancellor Scholz and praised what he said was a favorable change in Germany’s position towards Kyiv.

* Finland and Sweden look poised to join NATO, The Times reported on Monday.

* Pope Francis on Sunday called for an Easter truce in Ukraine, and in an apparent reference to Russia, questioned the value of planting a victory flag “on a heap of rubble”.

* The head of Russia’s Orthodox Church called on people on Sunday to rally around the government.

* Around 600 pro-Russian protesters in motorcade set off on a demonstration in Hanover, Germany. There was also a counter-demonstration of around 700 people supporting Ukraine, police said.

* Russia will take legal action if the West tries to force it to default on its sovereign debt, Finance Minister Siluanov told the pro-Kremlin Izvestia newspaper on Monday.

* Ukraine’s economic output will likely contract by 45.1% this year, the World Bank said on Sunday.

* Ukraine has banned all imports from Russia and called on other countries to impose harsher economic sanctions.

Seized or sailing away: What we know about oligarchs and their...