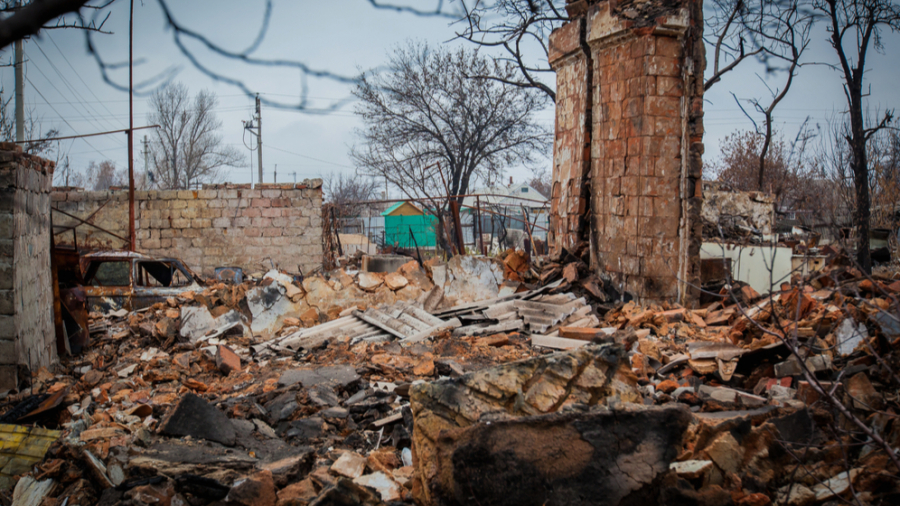 President Vladimir Putin of Russia has deployed almost 75% of his assembled military power into Ukraine, a senior U.S. defense official revealed on Monday, as “heavy fighting” still continues in different areas of the former Soviet country.

According to the official, Russia has failed to make much progress towards Ukraine’s capital, Kyiv, in the past day, managing to move only around three miles since Sunday. The Russian troops are said to still be 15 miles away from the Ukrainian capital. Additionally, Russia still has yet to establish its air superiority over the entirety of Ukraine.

“Certainly they have been slowed and they have been frustrated by their lack of progress on Kyiv,” the official stated, adding that this could lead to a “reevaluation of their tactics and the potential for them to be more aggressive of their targeting of Kyiv.”

The official was also asked about the possibility of Russia utilizing air or missile strikes. To this, the official said, “it’s impossible to speculate as to how they may or may not change their plans going forward.”

However, the U.S. still believes that what Russia intends to do is to encircle Kyiv in the next few days and that the Ukrainian capital city continues to be their “main line of effort,” although “they are not there yet.” If they manage to approach the city, the official mentioned that Russia might use siege tactics.

Apart from taking over Kyiv, Russia also intends to invade the city of Kharkiv. Currently, there is still “heavy fighting” going on in the said city. They also allegedly intend to invade Mariupol, so that they can “section off” the eastern part of Ukraine, according to the official.

However, the official also had positive observations about the troops fighting on the Ukrainian side. He noted that “the Ukrainians are putting up continued and sustained and stiff resistance in and around Kyiv” with no signs of relenting, and have been “very creative” with their strategies.

“They’re using pretty much everything that they have in their arsenal from small arms all the way up to surface-to-air missiles,” the official mentioned.

Even though Kremlin has already deployed almost three-quarters of their assembled military power, there are no signs that they will deploy reinforcements at the moment. According to the official, the U.S. has not observed any sign that Russia will bring additional troops. The official also mentioned that there is “no indication that Belarusian troops are being readied to move in Ukraine,” despite reports that said it could happen.

Additionally, the official stated that the U.S. has not seen any specific actions from Russia following Putin’s announcement of raising his deterrent forces status to “special combat readiness.”