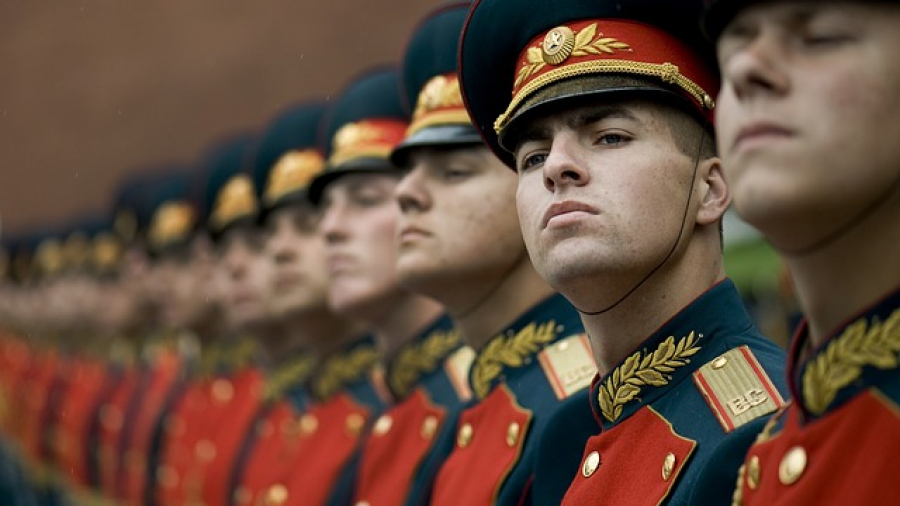 The U.S. Navy just spotted this threat off the U.S. coast and I’ve got to say it’s got me a little bit worried.

Sure, a lot of things have me worried when it comes to potential crises.

Whether that’s a market crash, an EMP, or civil war.

But, one of the biggest threats I worry about… and one I don’t think many Americans place much stock in… is a war with a foreign nation.

After all, we’ve got the biggest military in the world by far… so it doesn’t seem like anyone will attack us, right?

Don’t be so sure.

Considering the U.S. Navy just spotted this threat off our coast I think we should all be preparing for war.

SCARY – See What The U.S. Navy Just Spotted Off Our Coast

Even before Donald Trump was running for President, there was a lot of discussion about the importance of securing our borders.

Whenever we talk about borders, we’re generally talking about the U.S. and Mexico border.

But one of the most porous borders we have is our coastline.

And that’s why I’m worried about what the Navy identified in our coastal waters.

Think about how many miles of coastline we have. All of it wide open and exposed with very little patrolling done to keep it safe.

Pretty scary to think about, right?

Especially given the fact the U.S. Navy just spotted a Russian spy ship off the coast of the United States.

As soon as I heard that alarm bells started going off inside my head.

Look, I’m not going to get into political issues about Trump and his involvement or lack of involvement with Russia.

What I will say is this. Russia is not necessarily a country we should trust. Just ask anyone who lived there and then moved to the United States.

They’ve got a long history of sabotage, genocide, and dictatorial rule…

And the fact that tensions between our countries are at an all-time high makes me wonder what exactly is happening.

The fact the U.S. Navy just spotted one of their main spy ships off of our coast means they’re up to something…

Think about all that coastline…

Think about a Russian spy ship pulling intel out of America.

I mean, call me crazy, but something seems to be going on, doesn’t it?

The bigger question is why isn’t a bigger deal made of this? Is there something being hidden that we should know about?

Perhaps the most disturbing thing about the fact the U.S. Navy just spotted this spy ship comes on the heels of some other disturbing developments concerning Russia.

Related – IS THIS More Dangerous Than A Russian Spy Ship?
See Also – What To Do If Russia Attacks

Russia Has Also Been Up To Some Other Interesting Activity Lately

The close proximity of the Leonov to Groton (still outside the 12-mile limit of US territorial waters) comes on the heels of Russia’s deployment of ground-based cruise missiles within Russia—a violation of the Intermediate-Range Nuclear Forces (INF) Treaty signed in 1987.

And last Friday, four Russian military aircraft (three Sukhoi Su-24 attack aircraft and an Ilyushin Il-38 surveillance aircraft) flew within 200 yards of USS Porter (DDG-78) while the ship was in international waters in the Black Sea. The aircraft did not respond to radio warnings from the Porter; a spokesperson for the US European Command called the flybys “unsafe and unprofessional.” The Porter was in the Black Sea after completing a joint international exercise led by the Romanian Navy, USNI News reported.

What do you think is going on?

That’s a spy ship off our coast. An unapproved missile launch, and flybys on our aircraft carriers.

In my opinion, it shows hostilities are ramping up.

Tensions between the Unites States and other nations are certainly high (North Korea and Iran have both launched missiles in the past few weeks)… and I think we’re seeing the beginning signs of something happening.

Personally, I think this is directly tied to what’s happening here at home.

This is definitely a pivotal point in our nation’s history.

And while I’m not frightened, this is definitely scary.

This Is The Time To Get Prepared

There’s no way around it.

The activity Russia’s undertaken (proven by what the U.S. Navy just spotted off our coast) proves they think there’s a chance to harm America.

This is a distinct reality we all face.

That’s why I’m turning to people with vast experience in military affairs to help me get prepared.

I think you should too. Even if you already served it pays to see what some of the former higher ups have to say.

The proof is there. The saber rattling we’re seeing all over the place indicates we’re on the path towards trouble.

Related – U.S. Vet Says He Fears This More Than Any Threat
See Also – Does Russia Know These U.S. Secrets?