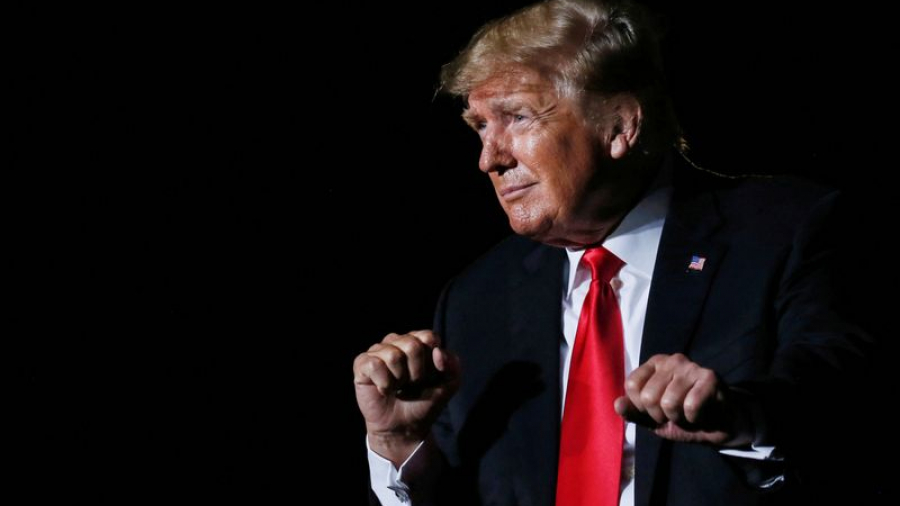 Former President Donald Trump appears unlikely to face federal criminal charges for his efforts to overturn his 2020 election loss despite a U.S. congressional committee’s court filing accusing him of illegal conduct, according to legal experts.

Republican businessman-turned-politician Trump may have committed multiple felonies in his effort to overturn his loss, a House of Representatives investigative committee stated in a court filing on Wednesday. The Democratic-led committee was formed to investigate last year’s Capitol attack by a mob of American’s who tried to block formal congressional certification of Biden’s victory.

The committee lacks the power to bring criminal charges on its own. But the filing suggests that later this year it will formally urge the Justice Department to carry out a criminal investigation of Trump – a step known as a “criminal referral,” said University of Minnesota law professor Alan Rozenshtein, a former Justice Department national security lawyer.

Rozenshtein called the filing “a preview for a criminal referral,” adding: “It would be strange for the committee to take this step and then pull its punches.”

The committee said in the filing that Trump potentially engaged in conspiracy to defraud the United States and may have obstructed an official proceeding.

Trump in a statement on Thursday accused the committee of being politically motivated and trying to prevent him from running for president again.

Justice Department officials did not immediately respond to a request for comment.

The committee revealed the findings in a legal brief arguing that it should be allowed access to thousands of emails sent by John Eastman, a lawyer who advised Trump on a plan to try to invalidate election results in key states. Eastman sued the committee in December, seeking to block a subpoena requesting that he turn over the emails.

While the filing is a major development, Garland has long appeared hesitant to charge Trump, and the committee’s latest revelations may not change the attorney general’s thinking, Rozenshtein said.

A “nightmare scenario” for Garland would be charging Trump and then failing to secure a conviction, Rozenshtein said.

“If you are going to prosecute a politician, especially someone like Trump, you want to do it on the strongest possible grounds,” Rozenshtein said.

The Justice Department is investigating the Capitol riot and has charged about 750 people in connection with the violence.

“We will follows the facts wherever they lead,” Garland said in a January speech marking the anniversary of the attack, adding that he “remains committed to holding all Jan. 6 perpetrators, at any level, accountable under law.”

Asked in February if the department had any concerns about bringing charges against a former president, Garland said he could not answer a hypothetical question and would not talk about whether or not it has ongoing investigations.

There is little indication that the department is focusing on Trump’s inner circle, Khardori said.

“All the public indicators suggest there is not a concerted investigation into this part of what went into January 6 – the non-violent machinations,” Khardori added.

Trump and his allies have made claims that the 2020 election was stolen from him through widespread voting fraud.

Khardori said it appears that the Justice Department is letting prosecutors at the state level and congressional investigators take the lead in investigating Trump’s efforts to stay in power.

Under U.S. law, crimes such as fraud and conspiracy require proof of criminal intent – known as “mens rea,” or a guilty mind. Demonstrating that Trump had such intent may be difficult, according to Rozenshtein.

“That doesn’t mean that Trump can’t be held liable, but it does add an interesting wrinkle that any prosecutor would need to think through,” Rozenshtein said.

(Reporting by Jan Wolfe in Washington; additional reporting by Patricia Zengerle and Sarah N. Lynch; Editing by Will Dunham and Scott Malone)