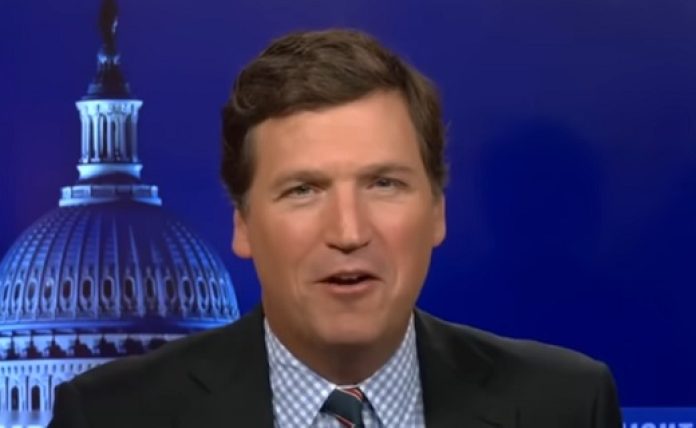 Tucker Carlson, recently appeared at and gave a speech during the Iowa Family Leadership Summit, an event known for drawing in potential presidential candidates, something that could signal Tucker’s 2024 aspirations.

But it wasn’t his career or the 2024 race that Tucker focused on. Rather, he decried the war on Christianity, the disastrous gas price crisis, and the situation in the Ukraine in a speech sure to draw sharp leftist criticism, refusing to mince words or back down on contentious issues.

Speaking on those topics, Tucker said in a clip that has since gone viral, that though he’s not a defender or supporter of Putin, he thinks there are bigger issues facing America than what one secondary power does in the Ukraine, namely the gas price crisis impacting Americans. In his words:

“As Mitch McConnell recently told us, the most important thing in the world is to vanquish Vladimir Putin.

“I’m sorry. You know, like you don’t have to be. I’m not a Putin defender, despite what you may have heard.

“I don’t care one way or the other, because he’s not my president. He doesn’t preside over my country and what he does in Ukraine. While, I think, historically significant, certainly significant to Ukrainians is not more significant to me than what gas costs. In fact, it’s not even in the same universe.”

Tucker Carlson on Putin: “I’m not a Putin defender, despite what you may have heard. I don’t really care one way or the other .. And what he does in Ukraine .. is not more significant to me than what gas costs. In fact, it’s not even in the same universe.” pic.twitter.com/5B6sJ1hVgE

But that wasn’t all that Tucker said. He also ripped into the left for its war on Christianity, calling out the left’s aversion to organized religion and hostility to Christianity, saying:

“They hate that worldview because it’s a challenge to their worldview of dominion,” he said of contemporary liberals.

“Religious faith is a natural check on their power – and Christianity specifically is that – so if you’re a Christian conservative – holy smokes, you, on a gut-level, feel threatened.”

Potentially hinting at his 2024 plans, Tucker also reportedly ripped into Biden and argued that he wouldn’t run in 2024, something that would mean there is an “open field”, a field that he could presumably step into, particularly if Trump decides not to run.

Fox News, reporting on that part of Tucker’s speech, said:

On the 2024 presidential election, Carlson said Biden is effectively not running, but cannot say so because he would become an “immediate lame duck.”

“[T]his coming election is one of those weird moments – as of right now – [there is an] open field,” he said.

Tucker is one of the few on the right willing to speak on these issues, particularly the Russia issue that so many of the McConnell types are either on the wrong side of or hesitant to deal with because hating on Putin has become the “current thing.”

But Tucker isn’t scared; he’s a fighter, as he proves on every broadcast of his show. If Trump doesn’t run, he’d make a great New Right president.

Source
Tucker Doesn’t Mince Words in Describing War on Christianity, Gas Price Crisis is written by Will for trendingpolitics.com

These Are The Worst Survival Foods To Stock Up On!