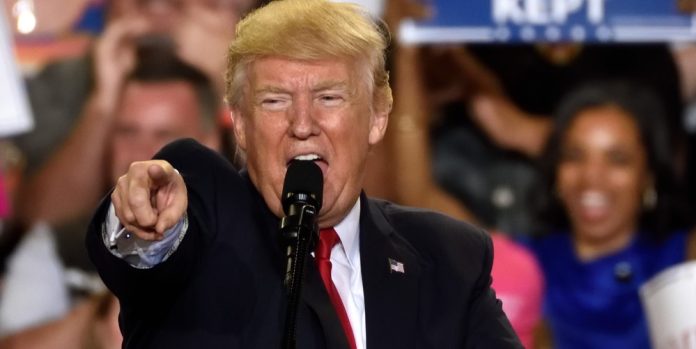 Former President Trump has filed a defamation lawsuit against CNN in federal court in Florida.

In the lawsuit, which was submitted on Monday, Trump’s attorneys claim that CNN “has sought to use its massive influence — purportedly as a ‘trusted’ news source — to defame the Plaintiff in the minds of its viewers and readers in order to defeat him politically, culminating in CNN claiming credit for ‘[getting] Trump out’ in the 2020 presidential election.”

Donald Trump sues CNN for $475 million for calling him an insurrectionist, racist, Russian-lackey, and comparing him to Hitler. https://t.co/eBqcWgX7Ce pic.twitter.com/ZJD4s1O6Sz

According to the lawsuit, the former president is requesting $475 million in punitive damages.

Earlier this summer, Trump declared in a statement his intention to sue the network. He stated he would… “also be commencing actions against other media outlets who have defamed me and defrauded the public regarding the overwhelming evidence of fraud throughout the 2020 Election.”

CNN “has undertaken a smear campaign to malign the Plaintiff with a barrage of negative associations and innuendos, broadcasting commentary that he is like a cult leader, a Russian lackey, a dog whistler to white supremacists, and a racist,” according to the former president’s attorneys, who make this claim in a court document.

As further proof that the media outlet was trying to link Trump to Adolf Hitler, it cited anchors, stars, and pundits on CNN using the term “Big Lie” to describe his repeated false statements about the 2020 election and voter fraud.

Given the First Amendment protections provided to the free press by the Constitution, public officials and other prominent figures must demonstrate that journalists acted with actual malice or reckless disregard for the truth in their reporting in order to establish defamation. This is a challenging legal standard to meet. For more than 50 years, The New York Times, for instance, has not suffered a defamation case loss.

Trump, his supporters, and allies, as well as conservatives in general, frequently face off against CNN.

The New York Times was also sued by the Trump campaign in 2019 over an opinion piece that suggested a “quid pro quo” with Russian officials.

Chris Licht, the network’s new president, has made a number of changes to the network’s programming and personnel, including axing its Sunday media affairs show and telling staff that he prefers journalism to punditry and speculation.

When discussing Trump’s election claims, Licht reportedly advised network anchors in a meeting earlier this year to avoid using the term “the big lie” because it was perceived as being too partisan.

The Monday lawsuit filed by Trump was not addressed by the network.

So You Think You’re Prepared For A SHTF Event