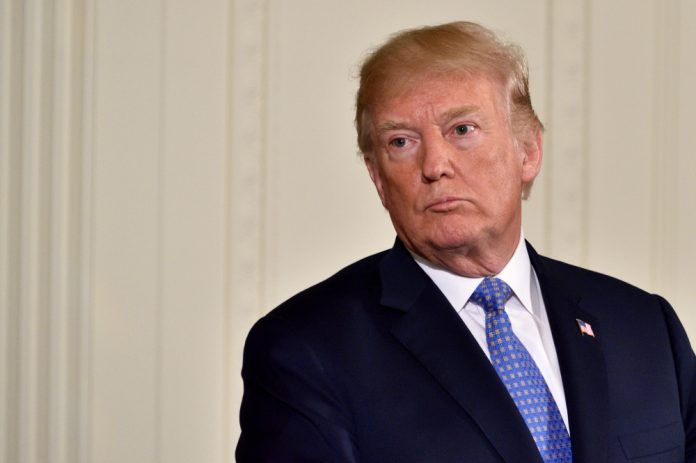 “It is in the public interest to appoint a special prosecutor to independently manage an investigation and prosecution based on recent developments, including [Trump’s] announcement that he is a candidate for president in the next election and the sitting president’s stated intention to be a candidate as well.”

Mr. Smith pledged to “conduct the assigned investigations, and any prosecutions that may result from them, independently and in the best traditions of the Department of Justice.”

Well, predictably, Trump was not happy in the least about the announcement. He so took to his now-usual haunts to sound-off about it, namely Truth Social and Fox News.

Raging about the issue when speaking with Fox News, Trump blasted the length of time that he has had to spend dealing with endless investigations, saying:

And that wasn’t all. Former President Trump then hammered the continual investigations into him despite them finding nothing with their endless prying, saying:

“I have never heard of such a thing. They found nothing. I announce and then they appoint a special prosecutor.

“They found nothing, and now they take some guy who hates Trump. This is a disgrace and only happening because I am leading in every poll in both parties. … This is the worst politicization of justice in our country.”

And, of course, he slammed the DOJ for ignoring Hunter and Joe Biden’s crimes while investigating him for every little thing, saying:

Trump then demanded the GOP start fighting back, saying:

We’ll see if the Republicans actually fight. Mitch McConnell being the Senate Minority Leader again doesn’t bode well for things on that front.

And, commenting on the matter on Truth Social, Trump said:

Here we go again! I thought that the Unselect Committee on January 6th was a dead issue, especially with the record setting loss off Liz Chaney in the Great State of Wyoming, and likewise felt that the document hoax case, after reviewing the Clinton Socks Case & the Presidential Record Act, was dead, or at least dying fast. The Democrat Department of “Justice” had nothing, except Trump haters, so they just appointed a Special Prosecutor to go after me further. Disgraceful!

Source
Trump SOUNDS OFF Following Special Counsel Appointment is written by Will for trendingpolitics.com

Preserve Survival Meat & Save $100s On These DIY Smokers

Elon To Succeed? Report Comes Out that Elon and Twitter are...

No So Fast Biden! Manchin and Sinema Will Not End Filibuster