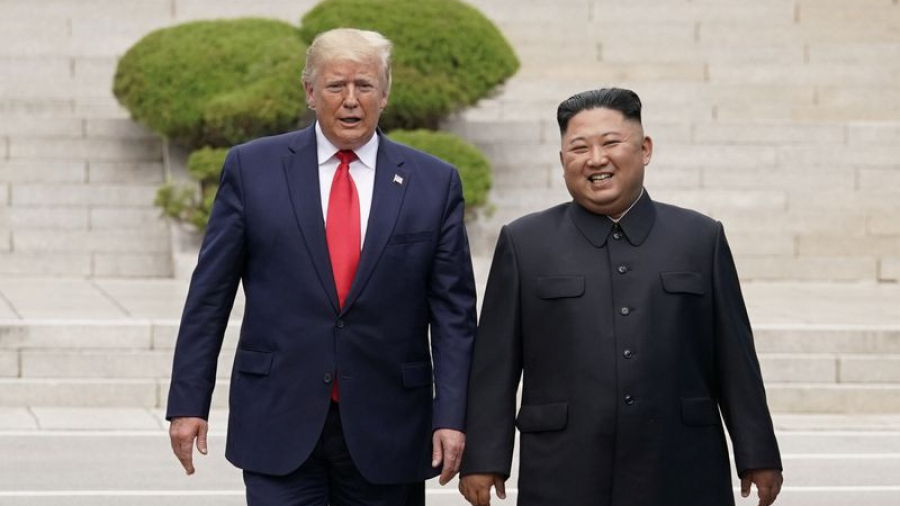 Former U.S. President Donald Trump has told associates he has remained in contact with North Korea’s reclusive leader Kim Jong Un since leaving the White House, according to a report on Thursday, as Pyongyang’s recent ballistic missile tests have raised international tensions.

Trump famously declared in 2018 that he and Kim “fell in love” after exchanging letters, but two meetings with the North Korean leader aimed at denuclearizing the Korean Peninsula failed to stem the country’s missile testing and harsh rhetoric.

Trump’s claims could not be verified and may not be true, Haberman said.

It is the only foreign leader Trump has said he remains in contact with, she added.

Correspondences with Kim were among the presidential records in 15 boxes the National Archives said it retrieved last month from Trump’s Florida residence, The Washington Post reported.

An exchange with Kim would be unusual for a former president, given Pyongyang’s escalating missile tests. North Korea boasted on Tuesday that it is one of only a handful of countries in the world to field nuclear weapons and advanced missiles and the only one standing up to the United States by “shaking the world” with missile tests.

A representative for Trump did not immediately return a request for comment.

Source
Trump says he is in touch with North Korea’s Kim is written by Wolf Daily for wolfdaily.com