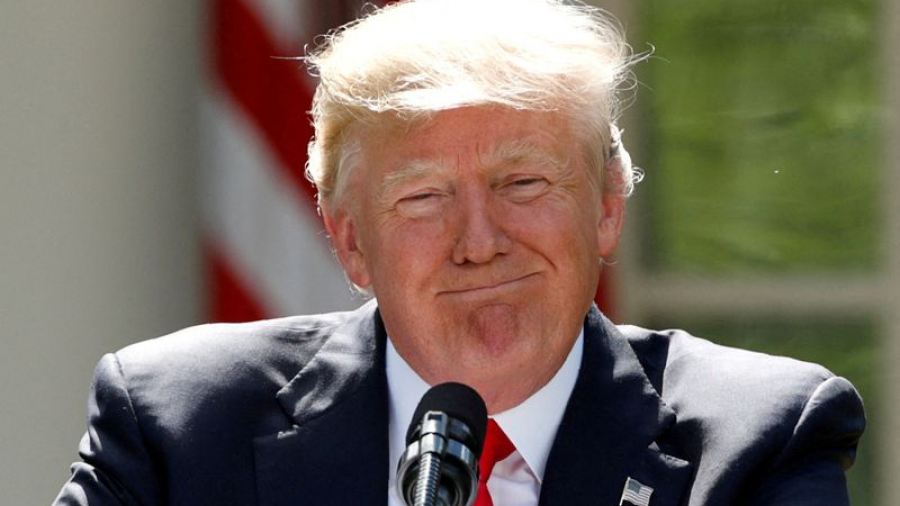 Former President Donald Trump returns on Saturday to Georgia, the state that has served as ground zero for his 2020 election theft claims and now will test his enduring influence over the Republican Party.

Trump has invested significant political capital in Georgia, endorsing a slate of statewide candidates in an effort to oust Governor Brian Kemp and his allies for failures two years ago.

Georgia’s May 24 primary election will provide perhaps the clearest assessment yet of Trump’s ability to play kingmaker in the 2022 elections.

It will also offer an early measure of how Republican candidates attempt to strike a balance between Trump’s obsession with the 2020 election and national Republican leaders’ preference to focus on Joe Biden’s record in office.

“This is a really hard test for him – and a crucial one,” said Alan Abramowitz, a political science professor at Emory University in Atlanta. “Trump is still well liked by Republican voters, but that doesn’t necessarily mean that they are going to base their choice in a primary on his endorsement.”

Trump’s heavy involvement reflects his frustration that Kemp, and other officials, refused to overturn the results in his favor. Biden won Georgia by less than a quarter of a percentage point, becoming the first Democrat to win the state in nearly 30 years.

In addition to Perdue, Trump has endorsed U.S. Representative Jody Hice, who is challenging Georgia Secretary of State Brad Raffensperger. Raffensperger rejected Trump’s demand that he alter the outcome and declared the 2020 election fair and accurate.

Trump also endorsed down-ballot challengers for attorney general, lieutenant governor and even insurance commissioner, in each case siding with candidates taking on officials he blames for not fighting harder to substantiate his fraud claims.

“What we’re starting to see is that his endorsement does not appear so far to be giving the type of automatic bump to candidates that we’ve seen in the past,” said Amy Steigerwalt, a political science professor at Georgia State University.

A spokesperson for Perdue, who will speak at Saturday’s rally in Commerce, a small city northeast of Atlanta, said his support would only grow as more voters become aware of Trump’s endorsement.

A spokesperson for Trump did not respond to a request for comment.

Republicans worry that a split in the ranks could open the door for Democratic gubernatorial candidate Stacey Abrams, the voting rights activist who narrowly lost to Kemp in 2018, to win November’s rematch.

A spokesperson for Kemp’s campaign, Tate Mitchell, said, “Governor Kemp is focused on winning the endorsement of Georgia Republicans on May 24th and making sure Stacey Abrams is never our governor.”

Trump remains the party’s leading figure, and Republican candidates from across the country continue to seek his support. But he has made clear he expects his allies to commit to his false assertion that Biden’s victory in 2020 was illegitimate, a claim that has been repeatedly debunked by courts, vote audits and election officials.

Earlier this week, Trump rescinded his endorsement of U.S. Representative Mo Brooks for a Senate race in Alabama after Brooks told voters it was time to move on from the 2020 election.

In an interview with a conservative outlet ahead of Trump’s visit, Perdue – who lost his Senate seat in 2020 – said both his and Trump’s elections were “stolen,” citing a lawsuit he has filed seeking to examine thousands of ballots in Fulton County.

County election officials have said there were no irregularities in the count.

Some Republicans, including Senate majority leader Mitch McConnell, have urged the party to put 2020 behind it and focus on Biden’s performance. Historically, the party that occupies the White House has lost seats in Congress during a president’s first midterm election.

Georgia Lieutenant Governor Geoff Duncan, a Republican who is not running for reelection, founded a group, GOP 2.0, aimed at moving the party beyond Trump.