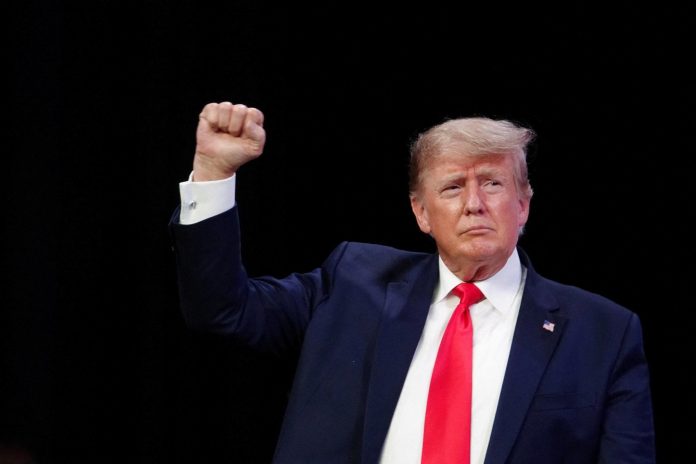 Donald Trump was served with a subpoena by the House Select Committee on January 6 in connection with the riot at the Capitol in 2021.

Trump is asked to appear in person or via video conference on Nov. 14 at 10 a.m. for a deposition and turn over records pertaining to his actions on Jan. 6, 2021, the day that rioters stormed the Capitol building.

Trump was not called before the committee for a public hearing.

The subpoena asks for documents and communications between Trump and his staff, associates, and advisers that were sent through the secure messaging app Signal.

NEWS: The Jan. 6 select committee has formally subpoenaed Donald TRUMP, commanding him to appear for testimony on Nov. 14.

The panel wants documents from him by Nov. 4.https://t.co/kJcQRQ7y2V pic.twitter.com/IZASdfRCtP

The subpoena for Trump’s testimony was approved by the committee during its business meeting last week.

Trump published a letter on October 14 criticizing the House Select Committee for not looking into what he views as fundamental issues surrounding the riot on January 6.

Trump never stated in his memo whether he would comply with the subpoena or not.

Things To Do If The Purge Ever Happens

AOC Keeps Up the Hysterics When Talking about Walking Her Dog...

Brandon’s Disapproval Rating Shoots Up 6 Points IN ONE WEEK