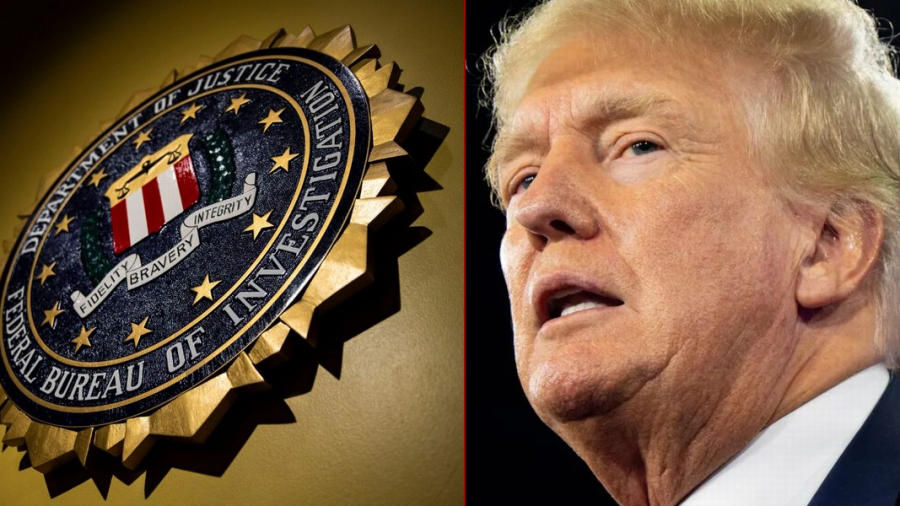 Thank goodness for Trump having the resources to create Truth Social, which is like Twitter but with a higher character limit, no censorship, and Trump on it. It’s awesome.

What makes it particularly awesome is that it has empowered former President Trump to once again say whatever he wants whenever he wants, meaning that all of the sudden you’ll see a long stream of posts attacking any one of his political enemies or some combination of them.

Such was the case yesterday and today, with Trump having a great time skewering the Justice Department, Mitch McConnell, and The New York Times.

On the topic of the DOJ, Trump bashed its coming after him for documents that he maintains he had the right to take to Mar-a-Lago with him, saying:

The Document Hoax Lawsuit, which is the “Weaponization” of the Justice Department and the FBI, is yet another Scam against me, much like Russia, Russia, Russia, Impeachment Hoax #1, Impeachment Hoax #2, the Mueller Report (No Collusion!), Spying on my Campaign (and getting caught!), Lying to the FISA Court, Lying to Congress, Illegally Breaking into my home in Florida in violation of the Fourth Amendment, also violating the Presidential Records Act, and so much more….

On a similar note but working the New York Times into his fury-filled “Truths”, Trump said:

Maggot Hagerman of the Unfunded Liability plagued New York Times is my self appointed Biographer, even though she got the Russia, Russia, Russia Hoax & the Mueller Report conclusion completely wrong, & refused to write about the FACT that the Democrats spied on my campaign, Lied to Congress, & Cheated and Lied to the FISA Court. Maggot was also duped on Impeachment Hoax #1 & Impeachment Hoax #2, & said in 2016 that,“Trump will NOT run for President.” She is a bad writer with very bad sources!

….This is all being done in order to hurt a political opponent, me, who is leading in all of the polls by over 50 points against Republicans, and from 5 to 10 points against the two primary Democrats, Biden and North Korea Sympathizer Kamala Harris. They have been doing this to me for six years ever since my wonderful journey down the “Golden Escalator.” The Radical Left Democrats are out-of-control, and our Country is going to Hell!

But perhaps Trump’s best jab was thrown Mitch McConnell’s way, as it drew attention to the CCCP connection that most Republicans don’t know about: his wife, Elaine Chow, who partially owns a CCP-connected shipping company with Mitch. Commenting on that, Trump said:

Is McConnell approving all of these Trillions of Dollars worth of Democrat sponsored Bills, without even the slightest bit of negotiation, because he hates Donald J. Trump, and he knows I am strongly opposed to them, or is he doing it because he believes in the Fake and Highly Destructive Green New Deal, and is willing to take the Country down with him? In any event, either reason is unacceptable. He has a DEATH WISH. Must immediately seek help and advise from his China loving wife, Coco Chow!

Source
Trump Has a Wild Day of Bashing Everyone from the DOJ to Mitch McConnell is written by Will for trendingpolitics.com