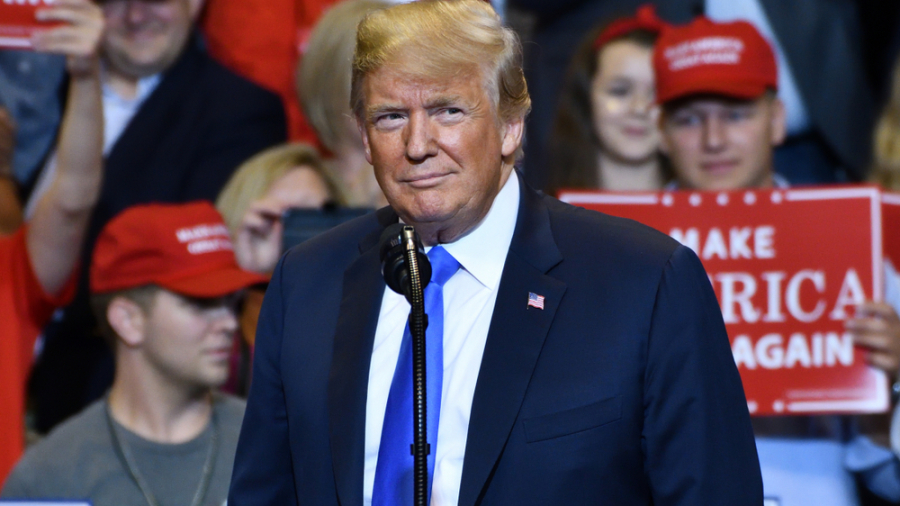 Rumors have been recently swirling that Trump intends on announcing his almost sure to happen 2024 bid for the presidency sometime soon, perhaps even as soon as in the days following his daughter Tiffany’s mid-November wedding.

But those are just rumors, and rumors haven’t come to pass before, particularly regarding the mercurial Trump and his likely 2024 bid.

However, now the rumors of Trump’s mid-November announcement have been confirmed by the former President himself. He told the crowd at his Ohio rally to tune in on November 15th for a “very big announcement” he would be making at Mar-a-Lago, saying:

“Two years ago we were a great nation, and we will be a great nation again. Not to detract from tomorrow’s very important even critical election… I’m going to be making a very big announcement on Tuesday Nov. 15 at Mar-a-Lago in Palm Beach.”

And, in case anyone who wasn’t at the rally missed seeing a clip of him saying that, Trump later posted about his upcoming announcement on Truth Social, saying:

“I am going to be making a very big announcement on Tuesday, November 15th at Mar a Lago—in Palm Beach, Florida!”

Trump commented on retaking the White House again both during his speech and when posting quotes of his on Truth Social later in the night, saying:

And while that major hint about the upcoming announcement was perhaps the biggest moment in Trump’s Ohio rally last night, it wasn’t all he focused on. He also ripped into the Biden regime and boosted Republican candidates, calling on GOP voters to get out and vote for candidates like Ron DeSantis and JD Vance.

Trump also sounded off on the current state of the economy and availability of goods, saying:

“Number one, you probably won’t get it. And if you do, you’re going to pay approximately three times for than you did.”

Additionally, Trump commented on the current state of public safety in America and contrasted the Biden Administration’s IRS focus with the lack of focus on securing the border and keeping Americans safe from the predations of those criminals flowing across it, saying:

“Under the radical left Democrats the streets of our cities are ruled by bloodthirsty gangs and violent criminals.”

And, while commenting on crime, Trump called for the execution of drug dealers and human traffickers after speedy trials, indicating he wants the US to do something like what China does and send families the bullets after executing criminals.

Source
Trump Appears Ready to Make 2024 Announcement on Nov. 15 is written by Will for trendingpolitics.com