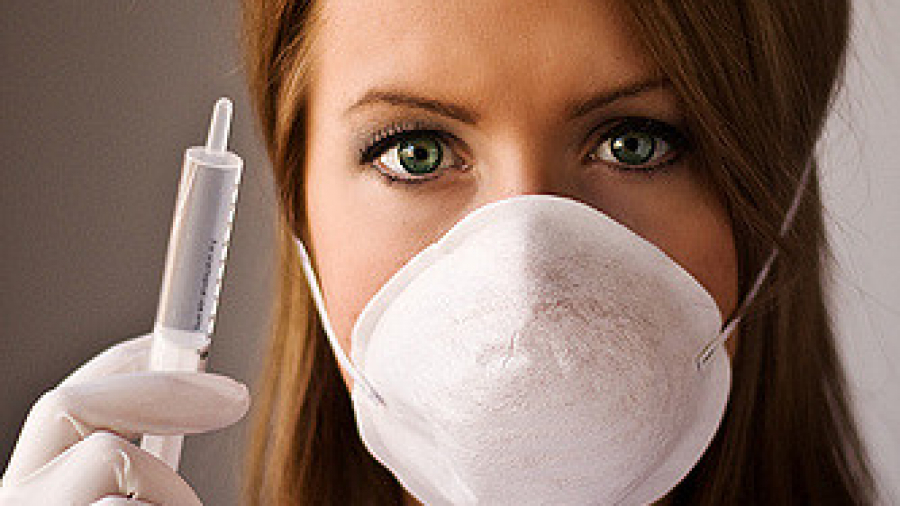 Remember the Ebola scare in 2014? You’ll recall that, for a while, our nation was surviving a major health crisis. At the time, victim after victim was diagnosed with this deadly disease. The disease could be transferred easily, and so the nation was in a state of panic. It seemed that, for a while, many people were unsure if they could get physically close to anyone on a train, bus, or other public area.

However, although the disease was discovered, contained, and ultimately (for the most part) eradicated from the United States, Ebola is not the only disease to worry about. And it’s certainly not the only thing that can cause a major health crisis in the nation.

When you think about it, most disaster situations can escalate quickly and can have nasty health side effects as a result. For example, an EMP could knock the power out and leave electronically powered devices, machinery and transportation useless. And that’s usually what people focus on. However, think about the effect of this on hospitals. They’ll go dark, and soon disease will spread like wildfire.

Or consider the effects of a financial collapse. When left to its own devices, this collapse would mean that medicines were no longer being produced. And, without medicines, we’ll be on the fast-track to having a major health crisis on our hands.

Heck, even if we get into WWIII (which, from the looks of things, is imminent) biological weapons could easily become a reality. And these threats would easily throw our nation into a tailspin.

So what can we do about it?

It appears the only thing we as a nation truly have control over is how we work to prepare for events like these. And that means preparing the public (as well as your family) now for the aftermath of these disasters.

That’s why I want to talk to you about…

How To Get Ready For Quarantine: The Basics

It may be that Americans are quarantined to their homes during a crisis. Either that, or you’re protecting your family by staying indoors and keeping away from the nasty effects outside. Regardless, this is where stocking up on food, water, and supplies really comes in handy.

For food, I recommend freeze-dried and canned foods, as they often have the longest shelf-life. Dry goods such as rice and beans are also necessities. Make sure to also have a large stockpile of emergency water that’s safe to drink on-hand.

However, you’ll need to also make sure to stock up on other important items. These include heavy duty trash bags, N-95 masks, hand sanitizer, and rubber gloves. It’s also crucial to have bleach, dish soap, laundry detergent, antibacterial wipes, and medical-grade disinfecting wipes/spray.

Investing in a quarantine sign is also a good idea. Even if your family isn’t sick, the sign on the front of the house shows officials and passersby that you’re taking the necessary precautions. Plus, if there’s an intruder outside, the sign can help deter them from coming in. After all, they’ll most likely be afraid that the sickness is inside your home.

How To Get Ready For Quarantine: Advanced

However, this is just a glimpse into the stockpile you’ll need to help you and your family survive. According to Preparedness Advice:

“Now would also be a good time to make sure you have a working thermometer or two, extra bottles of pain reliever, at least one humidifier, diarrheal medicines, and electrolyte drinks or dry mix as detailed in this article. If the virus is affecting the upper respiratory system, the humidifier becomes even more important, along with decongestants, many boxes of tissues, lots of water for rehydration, possibly natural remedies you have found helpful (we use Boswellia tablets for coughs). The CDC has a helpful article that details complications from the flu — good to review, take notes, and plan to have on hand supplies to deal with this type of common virus.

Once the quarantine is in place, you will probably not be able to go to a drugstore or pharmacy. In that case, you need to make sure you have an adequate supply of prescription drugs. I’m thinking, in particular, of asthma inhalers, since a number of flu viruses focus on the upper respiratory system. This could be particularly dangerous to an asthmatic.”

Depending on how severe the illness, you may need contractor-grade bags to hold refuse, biohazard bags, barf buckets, even gauze (or maxipads) to absorb blood. (Remember pictures of people with tuberculosis coughing up blood in old movies?) In the case of Ebola, the virus was found in bodily secretions of all kinds. That’s where rubber gloves, goggles, disposable Tyvex suits (not as expensive as most people think) and a biohazard clean up kit should be added to your supplies.

Think Before You Act

Most people don’t give much thought to the pathogens that could be present in vomit, saliva, urine, and feces. They’ll probably grab some paper towels and maybe a bottle of Clorox spray, but an actual biohazard spill or clean up kit provides most everything you need to clean up and then dispose of potentially dangerous substances. Speaking of disposal, adding biohazard disposal bags provides you with a safer option for disposal of used medical supplies and even clothing worn by the sick person.

Clothing, towels, and sheets used by the sick person will have to be quarantined away from those used by everyone else. Launder them separately and once the patient has recovered, throw them away. This is true of everything else used by the patient: cups, plates, silverware, etc.

You Don’t Have To Be A Medical Professional To Survive

Lest you think it impossible to deal with a deadly virus like Ebola within your home, a young Liberian woman did just that by using low-tech supplies to keep family members alive during the worst of the outbreak:

Every day, several times a day for about two weeks, Fatu put trash bags over her socks and tied them in a knot over her calves. Then she put on a pair of rubber boots and then another set of trash bags over the boots.
She wrapped her hair in a pair of stockings and over that a trash bag. Next she donned a raincoat and four pairs of gloves on each hand, followed by a mask.
It was an arduous and time-consuming process, but Fatu was religious about it, never cutting corners... If a pandemic becomes so widespread that professional medical care is impossible to access, you can still do quite a lot with basic medical knowledge and the right supplies.

It’s uncomfortable to think about having to survive a quarantine. However, by getting ready for it now, your chances are exponentially better at surviving a major health crisis. As always, Prepare Now, Survive Later!