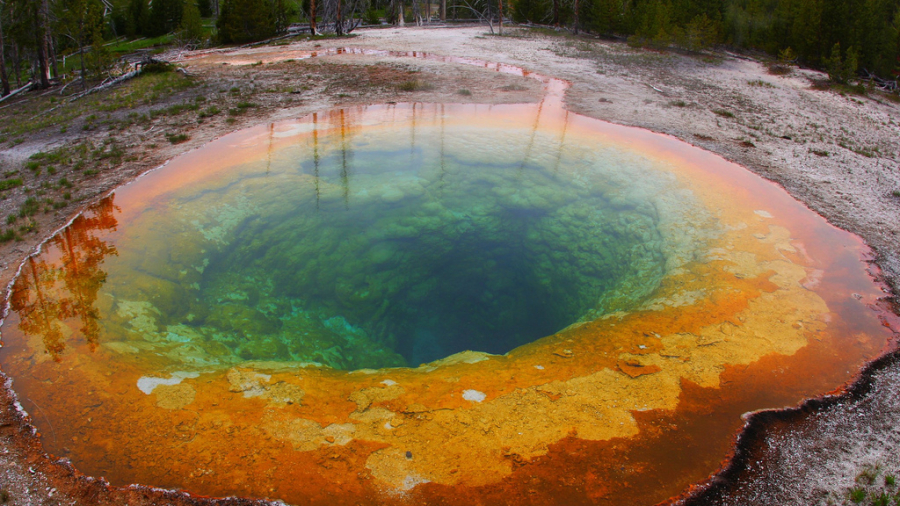 When most preppers think about a SHTF event, they typically think of things like tsunamis, blizzards, or an economic collapse. And, of course, a governmental takeover or EMP is often in the mix as well.

But there’s one SHTF event that can have a massive impact on the country, and can cost thousands (if not millions) of lives. And the scariest part is, this event is not simply a question of IF but WHEN it will happen.

The SHTF event I’m referring to is the upcoming Yellowstone eruption. And, looking at current events, it’s clear this supervolcano is likely going to erupt very soon.

So far, there have been over 1,500 earthquakes at Yellowstone National Park alone in the past seven weeks. This “swarm” of earthquakes began on June 12, 2017. Since then, approximately 1,562 earthquakes have occurred, shaking up the Park as well as its staff.

Apparently, during the second week of the swarm, a United States Geological Survey representative tried to inform the public that the earthquakes were “winding down.” However, the incidents have been continuing, with no clear sign of stopping.

According to reports, this is the heaviest earthquake swarm in half a decade. And, the more that the earthquakes occur, the greater the chances that this national landmark will erupt. And, when it does, more than half the nation will be in a world of hurt.

And it’s not just the supervolcano’s eruption we have to worry about, either. We also need to consider the post-eruption ramifications. For instance, you may not currently live close enough to be hit by the initial eruption.

However, mountains of ash will inevitably cover over half of the entire United States in less than three days after the initial blast. And this alone will cause death and devastation throughout the U.S.

Here’s a quick 2-minute video describing what I’m talking about:

That’s right. The eruption from this single supervolcano can dump at least 10 feet of volcanic ash across the U.S. and it will spread up to 1,000 miles away. This will make most of the nation uninhabitable for years.

Not only that, but food production will also be completely eliminated for the majority of the nation.

And, to top it all off, the United States will experience a “volcanic winter” because of the eruption. This will dramatically cool the planet down, as global temperatures decrease by as much as 20 degrees.

As you can see, this eruption is no joking matter. And that’s why we must do everything in our power to prepare beforehand. After all, like I said, it’s not a question of IF, but WHEN this disastrous event will occur.

Thankfully, we’ve got some survival tips to help you prepare for this incredible eruption. After all, like we always say, when you Prepare Now, you’re much more likely to Survive Later! Keep reading to discover some extra important survival tips that can help you survive this impending crisis.

This Eruption Could Be The Ultimate SHTF Event

According to Quora, there are many factors regarding risk management that we need to be aware of in order to prepare. We also need the correct approach in dealing with an event this size in order to make sure we have the best chance at survival. Here’s what they have to say about these things and more:

What are the near future technologies possible to manage this natural super-disaster?

It is the only one: “Universal self-replicating factory” – integrated set of premises, buildings, vehicles, computers, software, devices, engines, robots, 3D-printers, biotechnology products or artificial organisms, etc. which is possible to mine ore, prepare chemicals and materials, produce any tangible artifact that is produced within actual mankind technology (also all own parts). Simpler version is semi-universal factory, that is producing all except electronic chips (it can be ready within next 30 years, if required). More details see at: Pathway to the Solar system colonization, Milky Way and beyond session “Universal Factories”.

How to apply this technology:

Use all UGV and robots for direct volcano drilling, cooling and manage eruption.

But the key challenge will be the source of the energy for survival and disaster recovery.

No photovoltaics, no water energy. What are the possibilities for energy sources:

I believe, that only thermonuclear fusion is the solution in the case of this natural disaster. First prototype of this will not be ready before (2030), see Fusion power.