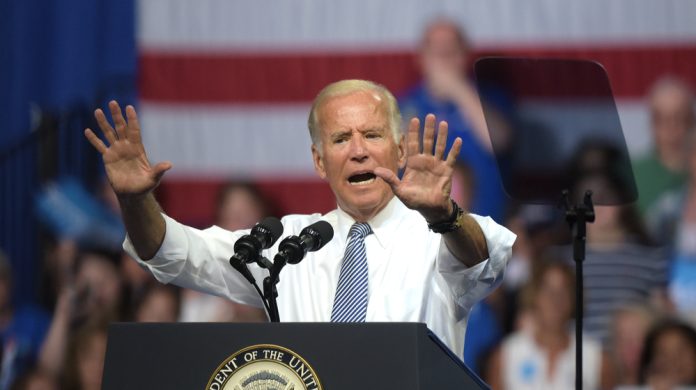 The number of illegal migrants who are living in the U.S. went up by around a million in the first year of Pres. Joe Biden’s administration, and cost Americans $9.4 billion more, as per a new analysis made by a conservative group.

Each of these numbers is an all-time high. We can't solve this crisis until @POTUS admits it's real. https://t.co/heTs9aSg64

The said study, as reported by Fox News, was penned by the Federation for American Immigration Reform, a group that advocates for lower levels of immigration in general.

The analysis estimates that around 15.5 million immigrants are living in the United States illegally, which is up from 14.5 million in 2020. Other studies usually estimate this number at approximately 11 million for years. However, those who have been following the immigration situation in the country closely doubt that the number has stayed flat even with significantly more activity at the border.

Additionally, FAIR’s analysis also included a fiscal cost study, finding out that illegal immigrants have been imposing a net fiscal burden of $143.1 billion at the very least, which is $ 9.4 billion more compared to 2020.

The group enumerates two factors in the increase in illegal immigrant population – the first factor is the country’s economy improving after it reopened since the COVID-19 pandemic.

“Businesses are once again hiring, and many unscrupulous employers are using this as an opportunity to turn to reliably cheap labor to undercut the market and make up for lost profits resulting from economic shutdowns stemming from the pandemic,” the report states. “These unethical hiring practices occur even though millions of Americans remain unemployed or underemployed.”

Meanwhile, the second factor involves the current administration’s policies, which took back several Trump-era border policies and narrowed the scope or enforcement in the interior. According to FAIR, Biden “has effectively abolished the mission of U.S. Immigration and Customs Enforcement (ICE), preventing the U.S. Customs and Border Protection (CBP) from securing our southern border, and implementing measures that encourage mass illegal immigration.”

But in private w/ BP agents in August, he called the situation “unsustainable”, and said “we’re going to lose”.

Last month saw the most encounters in DHS history. pic.twitter.com/lx3l42BGkv

In a statement that came with the report, FAIR President Dan Stein said: “President Biden and the people he appointed to key positions in his administration have pursued the most radical open-borders policies in the history of any sovereign nation, and these new numbers bear that out. If not for the COVID pandemic, which forced the administration to keep Title 42 in place last year, the additional influx and costs to American taxpayers would have been far greater.”

The report, however, warns that estimating the number of illegal migrants in the U.S. has always been difficult.

“[DHS] only (loosely) counts foreign nationals who enter and leave the United States in a lawful manner. In truth, we do not know exactly how many people cross the border unlawfully and evade immigration authorities. We can only estimate these figures based on changes in annual census data, along with how many individuals CBP and ICE believe slip through their detection,” the report states.

DHS Sec destroying credibility by continuing to peddle the false statement that the Biden Admin inherited a broken immigration system that was under strain. It’s clear to reasonable Americans that the Biden Admin broke it, lit it on fire and continues to pour gasoline on it.

This report comes as the numbers of encounters at the border are surging to levels that have not been seen in decades. In March alone, over 221,000 encounters have been recorded, and this number is expected to only go up in the foreseeable future – mainly due to the summer months coming up and the planned lifting of Title 42.

Title 42, a health order used by both the Biden and Trump administrations in removing most migrants at the border due to the pandemic, will be lifted on May 23. According to the current administration, it is preparing for potential daily encounter numbers of up to 18,000 migrants.

How the Turapϋr Water Pitcher Is Changing People’s Lives Forever

Kid Rock May Run For GOP