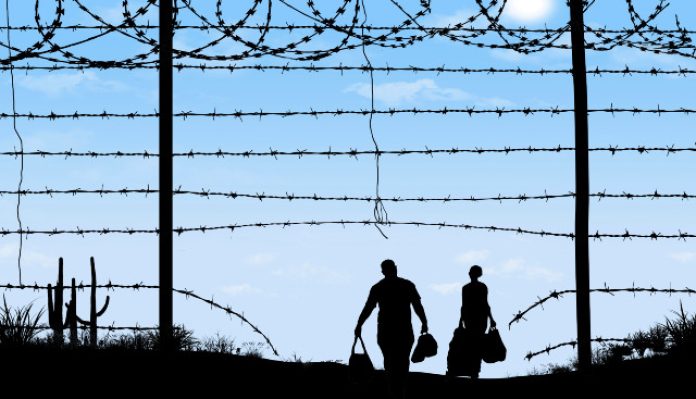 Border Patrol agents in the state of Texas have apprehended almost 26,000 migrants during a six-day period that officially ended over the weekend, which goes to show you just how bad things along the border region of the country are getting.

Agents that were assigned to the Rio Grande Valley, Del Rio, Big Bend, and El Paso sections pulled in just a little under 26,000 migrants from a period of time that kicked off on July 9, according to a report from Breitbart.

Texas Republican Gov. Greg Abbott spoke with reporters for Newsmax on Thursday stating that state law enforcement officials were now going to be sending illegal migrants that are apprehended right back to the southern border.

“On top of building a border wall, on top of deploying military to the border, on top of laying down razor wire, [Thursday] we announced that every illegal immigrant that we encounter we are returning to the border,’” Abbott went on to say during an interview on ”The Chris Salcedo Show.”

The vast majority of those who were apprehended, 70 percent, were single adults.

“Despite the Trump-era health policy Title 42 remaining in effect, the Biden administration only used it to expel about 35% of the encountered migrants. The rest were turned over to nongovernmental organizations that process the migrants’ release within the U.S.,” the report continued.

Just last week, Breitbart reported that Border Patrol agents that were working the Rio Grande Valle and Del Rio regions were feeling overwhelmed by the sheer number of those migrating illegally from Mexico into the southern part of Texas.

“According to information obtained from Border Patrol officials and published through Breitbart News, human traffickers, aware that U.S. Customs and Border Protection (CBP) didn’t have enough manpower to thoroughly vet each unlawful crossing, were using the chaos at the U.S.-Mexico border to funnel large groups of migrants through the sectors,” the Newsmax report stated.

The question on everyone’s mind concerning the border crisis is why in the world nothing has been done about it?

It’s all part of a strategy to help bring in as many “voters” as possible for the midterm elections. Democrats stand no chance, on their own merits, of winning elections. Biden and the historically awful policies he’s put in place since taking office last year have destroyed any chances of that.

Rather than creating platforms that address the concerns of Americans, the Democrats are looking for the easy way out. Bring over illegal migrants, butter them up with free goodies, fight voter ID laws, bus them out to the polls to vote in elections they have no actual right to vote in.

They treat these people like they are nothing more than political pawns, yet conservatives get labeled racist. Unreal.

Source
The Sheer Number Of Migrants Apprehended By Border Agents Over A 6 Day Period In Texas Is Mind-Blowing is written by michael for trendingpolitics.com

5+ Crazy Ways To Start A Fire

7 Natural Ways To Avoid the Flu

11 Cheap Ways To Keep Your House Warm This Winter