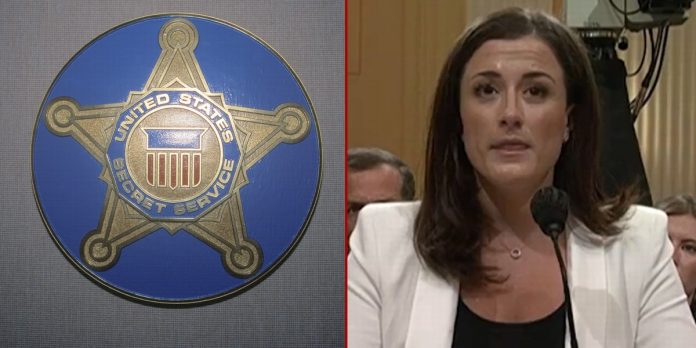 It was a ‘bombshell’ revelation that fizzled as quickly as it had blown up in the mainstream media: Former President Donald Trump had allegedly attempted to hijack ‘the Beast’ and commandeer it for a one-man rescue operation to assist his unarmed cadres at the Capitol building to somehow overturn the 2020 election.

But nearly as soon as the claim came out of the mouth of the January 6 committee’s ‘star witness’ Cassidy Hutchinson in late June, Secret Service agents began lining up with offers to testify that her narrative was completely bogus and without merit.

Now, there is a ‘convenient’ wrinkle in the story: The Secret Service texts that would prove that Hutchinson’s story was entirely fictional have disappeared. The Washington Post reported on the missing Secret Service communications on Tuesday.

“The U.S. Secret Service has determined it has no new texts to provide Congress relevant to its Jan. 6 investigation, and that any other texts its agents exchanged around the time of the 2021 attack on the Capitol were purged, according to a senior official briefed on the matter,” the Post reported.

“Also, the National Archives on Tuesday sought more information on ‘the potential unauthorized deletion’ of agency text messages,” the report continued. “The U.S. government’s chief record-keeper asked the Secret Service to report back to the Archives within 30 days about the deletion of any records, including describing what was purged and the circumstances of how the documentation was lost.”

This is where the report gets really interesting.

“The agency, which made this determination after reviewing its communication databases over the past four days, will provide thousands of records, but nearly all of them have been shared previously with an agency watchdog and congressional committees, the senior official said. None is expected to shed new light on the key matters the committee is probing, including whether Trump attacked a Secret Service agent, an account a senior White House aide described to the Jan. 6 committee,” the report said.

“Many of its agents’ cellphone texts were permanently purged starting in mid-January 2021 and Secret Service officials said it was the result of an agencywide reset of staff telephones and replacement that it began planning months earlier,” the report added. “Secret Service agents, many of whom protect the president, vice president and other senior government leaders, were instructed to upload any old text messages involving government business to an internal agency drive before the reset, the senior official said, but many agents appear not to have done so.”

Whether or not the texts were scrubbed in a Clintonian ‘bleachbit’ operation is unknown. However, we know the Biden administration is prone to keeping potentially exculpatory (or damning) information from the public by the way it has sat on 14,000 hours of surveillance footage from January 6.

The texts are not really necessary to know that Cassidy Hutchinson gave false testimony to Congress, however. Former Secret Service agent Dan Bongino vivisected the claims in a takedown video that is must-watch.

Source
The Secret Service Texts That Would Prove J6 Committee’s ‘Star Witness’ Lied About Trump Attack Have Disappeared is written by Kyle Becker for trendingpolitics.com

Biden will deploy troops to eastern Europe in coming days

Get These Dangerous Toxins Out Of Your Water

6 Edible Plants That Will Help You Survive

Russia tells U.S. ‘fly on broomsticks’ because you won’t get more...