The Death of Judy Petty: Official Examinations and Findings 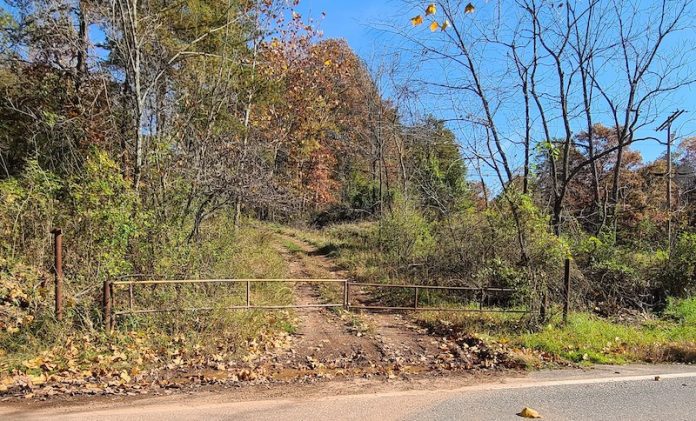 Entrance to the farm owned by the family of Judy Petty. Image courtesy of author.

(This is the second in a series of articles reviewing and analyzing the facts and evidence related to the death of Judy Petty. Read the first article to learn about the facts and timeline surrounding Judy’s death.)

On February 7, 2008, Judy Petty’s body was found burned beyond recognition in the cellar of an outbuilding on her family’s farm property near Parkersburg, West Virginia.

Judy had last been seen the day before, when she left her grandmother’s home in the afternoon to walk to a nearby library and return some books. After returning her books, Judy disappeared.

Judy’s father, Marvin, drove around Parkersburg most of the night of February 6, looking for any sign of his daughter. The next morning, he drove out to a large piece of property his family owned on the off-chance Judy had somehow made her way out there during the night.

The family farm was located approximately 12 miles out of town and Judy had last been seen walking along Parkersburg streets, so the possibility of her being there was slim. However, Marvin Petty was desperate and determined.

He arrived to discover the family home and a nearby outbuilding engulfed in flames. The outbuilding was situated approximately 25 yards to the north of the main house. It consisted of two levels: a ground level with a regular door for access and a below-ground cellar, accessed by an exterior set of stairs. Both the house and outbuilding were constructed primarily with wood.

Because he didn’t have a cell phone, Marvin ran to the nearest neighbor’s house and called 911. Firefighters and law enforcement officials were dispatched to the scene and arrived around 9:30 a.m. on February 7.

After the fire burned itself out, fire officials and family members began sifting through the rubble, looking for any sign of Judy Petty. Ultimately, her remains were discovered by her father at the southeast area of the floor of a 12-foot by 15-foot cellar in an outbuilding. The cellar floor lay approximately six and a half feet below ground level.

Responding to the Fire at the Petty Farm

The first officials to arrive on scene were members of the Deer Walk Volunteer Fire Department. They struggled to adequately fight the fire because the muddy uphill driveway made it difficult for the trucks to get near the buildings engulfed in flames.

By the time the fires were extinguished, the main house on the property and the outbuilding were completely destroyed. Other items were lost in the fire, including a motorcycle, a truck and a nearby tree.

The fire department’s investigative report stated that “no burn patterns existed due to extreme damage to the structure.” They were unable to determine the start point of the fire, the direction in which it spread or whether an accelerant was used to start the fire.

The initial prevailing theory from officials appeared to be that Judy Petty made her way out to the family farm. She arrived at night, became cold and started a fire for warmth. The fire then grew out of control, and Judy was unable to escape. Despite this theory on behalf of authorities, they were not able to confirm or deny this scenario.

According to the initial investigation, the fire officials noted that vegetation was intact between the main house and outbuilding. This evidence led fire investigators to believe that the fire did not travel from one structure to another, but they could not rule out the possibility that one structure fire spread to the other.

Ultimately, the cause of the fire was marked “undetermined” on official paperwork. Fire officials were unable to ascertain whether an arsonist had started the fire or whether it began accidentally.

In later years, at least one law enforcement official declared that he believed Judy’s death was self-inflicted and that she’d committed suicide.

An Examination of Judy Petty’s Remains

The remains of Judy Petty were mostly destroyed by the fire, but the intact recovered remains were sent to the Wood County Medical Examiner for an autopsy. Judy was positively identified through her dental records. Also, her skull was broken into several pieces, but a conclusion as to the cause of the skull breakage could not be determined.

Though Judy’s body was nearly cremated in the fire, her liver was recovered and tissue was extracted for a toxicology analysis. The results showed the presence of Sertraline at a level of 9.88 milligrams.

Sertraline is a drug generally prescribed as an anti-depressant. However, it is also used to treat obsessive-compulsive disorder, Post-Traumatic Stress Disorder (PTSD) and various anxiety disorders. The level of Sertraline in Judy’s body was considered normal and was not lethal.

No alcohol or illegal drugs were detected in Judy’s liver tissue. Her liver was also tested for the presence of carboxyhemoglobin (COHb), which was found at a level of 3.7%.

According to the National Institutes of Health, the lethal level in a healthy adult is 50% or higher. Any level under 20% indicates the deceased’s death was not the result of carbon monoxide inhalation (carbon monoxide is a typical byproduct of a fire) and that other causes of death should be pursued.

Because there was not enough information to determine whether Judy’s death was the result of a homicide, suicide or accident, the Medical Examiner ruled it as “undetermined.” To assist the Wood County Medical Examiner in determining the manner of Judy’s death, her remains were sent to the Smithsonian Institution to be examined by a forensic anthropologist. The results of the autopsy and examination by Smithsonian staff will be discussed and analyzed in the future.

The Current Status of the Judy Petty Case

Judy’s manner of death remains undetermined. Authorities have been unable to decipher whether she was murdered, died as a result of a fire that got out of control or took her own life.

Although a great deal can be gleaned from sources such as investigative files, newspaper articles, and the autopsy report, the team investigating Judy’s death decided that they needed to visit key sites in and around Parkersburg. I accompanied them to West Virginia. In my next article, I will discuss our findings from our time spent in the area and what we learned from discussions with Judy’s family and investigative officials.

Help Us Get Justice for Judy Petty

If you want to follow the progress of Judy’s case, please consider joining the Facebook group dedicated to resolving this case. The Facebook group administrators regularly post updates and topics for discussion; they welcome any input from readers. In addition, you can also listen to Season 1 of Safe Haven, an investigative podcast that covers current events occurring in the investigation of Judy’s murder.

Anyone with information about the death of Judy Petty can email our tip line at [email protected] or call 224-225-5208. All tipsters are guaranteed confidentiality and anonymity if they wish. Tips can also be reported directly to the Wood County Office of the Sheriff’s tip line at 304-834-3909.

Source
The Death of Judy Petty: Official Examinations and Findings is written by Jennifer Bucholtz for amuedge.com