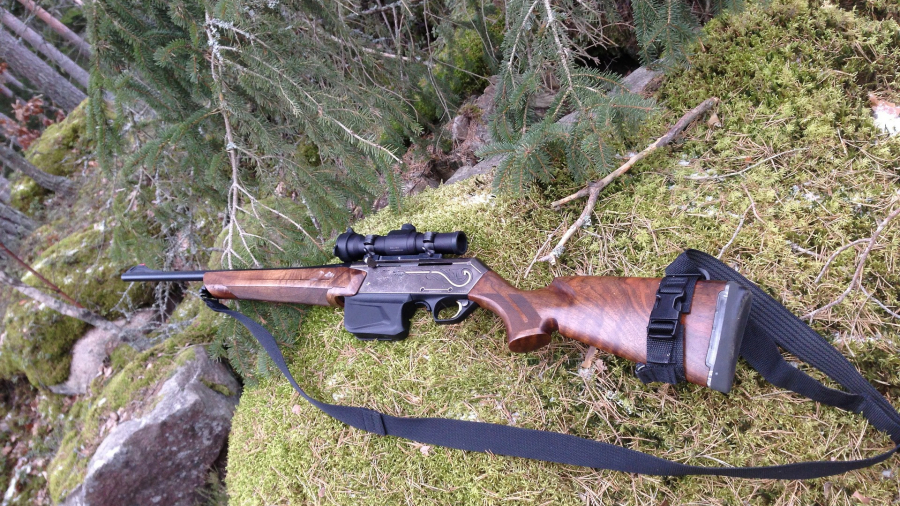 The question now is, how does one go about choosing the proper semi-automatic rifle for their needs?

Admittedly, not by way of your standard gun list, as they usually take to publishing lists of the top ten survival rifles.  Those types of lists only make for a cluttered list that proves to be somewhat cumbersome at best, which in turn leads to confusion and indecisiveness for the ready.

To alleviate any confusion or headache, I have provided what you need to know about the top five best semi-automatic rifles on the market.

Ask any prepper or hunter, and they will tell you that each survival situation is unique.  As such, there are multiple tasks that you will be looking for your weapon to perform.  When making my suggestions, they will be keeping in mind the following reasons you may need a survival rifle:

Now, let’s take a look at some semi-automatic rifles.

This model is, by far, the best small game hunting rifle out there.  It has a durable design and breaks down into component pieces easily.  Easily splitting into two separate subassemblies, this rimfire is a semi-auto that sports an 18.5″ barrel length. It is undeniably one of the most affordable survival rifles on the list.

If you find yourself in the woods and have the chance to take down a massive buck, you will need a big game hunting weapon to get the job done.  Rest assured that the Remington 700 will not let you down.  It has a lethal reach of 300 yards or more, as well as a 220-grain load.  Boasted as the top choice of elite military snipers, this beauty comes loaded for bear.

The Armalite is a tactical rifle that serves as an excellent choice for all-around requirements, including tactical, competitive, and leisure.  With a gas-operated system, the projectile propels through the tube, before cycling back, forcing the bolt back and delivering one powerful kick.  With its two-shot tactical trigger and the convenience of a sight that is adjustable to both elevation and wind patterns, you can’t go wrong with this rifle.

Much like its brother, the M4, the Colt 6920 is a very formidable tactical rifle.  With its chrome-lined barrel and the addition of a muzzle compensator, there’s a significant reduction in the sound of your muzzle blast.  For smooth, dependable feeding, this model integrates a locking bolt with a direct gas system.  This model presents the attractive feature of a 30-round Magpul PMAG magazine for those in the market for continuous rapid fire.

This gun is excellent for those who are just beginning as well as those shooters that are more seasoned.  With its user-friendly modular design, this model is a great place to start for those who are not already familiar with the machinations of a semi-automatic rifle.  With its two major components, the AR-15 is capable of swapping out its lower receiver and its upper receiver in a few seconds flat.  It is also worth noting that the DDM V5 has a slick upper receiver giving room for the addition of several additional accessories.

With all this said, there are several other great choices out there beyond the ones presented here.  However, this will give you a jumping-off point in your search and decision as to which is the best semi-automatic rifle for your particular needs.