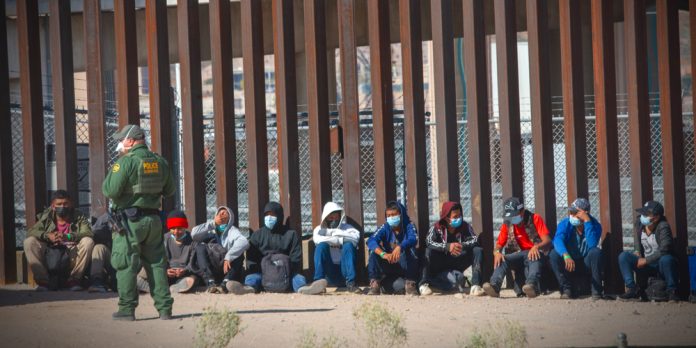 The Texas city is preparing for a new influx of migrants following the repeal of Title 42.

In response to the increasing number of migrants crossing the southern border and entering the city, El Paso, Texas is considering declaring a state of emergency.

In a press release issued Wednesday, the city announced that city officials are asking the mayor to sign an emergency declaration in order to obtain funds and resources from the state and federal governments. The city council will vote on it next week.

City and county officials, as well as the Office of Emergency Management, have been investigating potential locations for NGOs and government agencies.

“I’m hoping the federal government will rise to the occasion,” The head of the city’s immigrant shelters, Ruben Garcia, told the New York Post. Garcia warned that a lack of adequate shelter space could lead to migrants with young children ending up on the streets before long.

The number of migrants attempting to cross the border, which has increased dramatically under the Biden administration, is expected to skyrocket in the coming days as President Biden plans to lift the Title 42 public health order. It has previously been used to keep approximately 1.7 million people out of the country due to concerns about the COVID-19 pandemic.

The repeal of the order, which allowed for quick deportation of migrants, is expected to result in more people attempting to enter the United States.

Using Pine Resin In The Wilderness