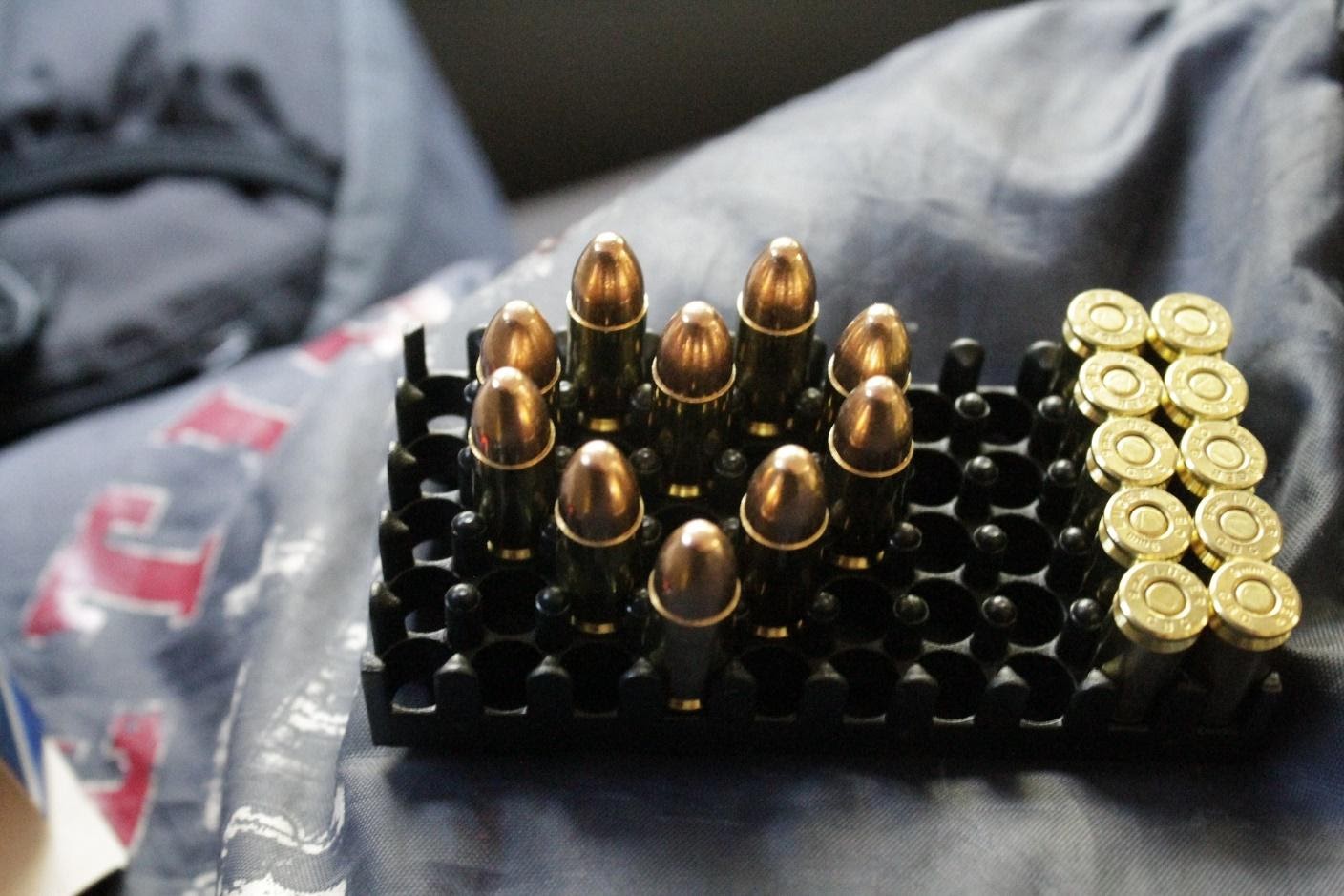 Those who have spent any time on a shooting range will tell you that the most important thing to know, when target shooting, is which type of ammunition to use for which gun.  Once you have educated yourself on this, you will be better able to enjoy your range days.

This ammo is just what it sounds like—it is used on the range when shooting targets.  If you intend to use your firearm for personal protection, you must practice your shooting regularly.  Regular practice will help to create muscle memory in case of the need for an actual situation that requires the use of your firearm for protection.  Keep in mind this will involve the use of a large amount of ammo.

The good news is that target ammo is not as expensive as defense ammo.  The reason for the lower cost lies in the manufacturing difference in target ammo.  As a rule, target ammo is primarily a full metal jacket or FMJ.  By the nature of its construction, FMJ ammo provides for a significantly deeper penetration that ammo constructed for defense.

Many shooters will find that their need for ammo in an active defense situation tends to be a much more rare occurrence.  That is why this type of ammo tends to run at a higher expensive cost.  Defense ammo, in contrast to target ammo, is a jacketed hollow point, or JHP.  Unlike target ammo designed for optimum penetration, JHP expands when it impacts the target, resulting in more damage.

Each type of ammo will perform in a different manner when fired, so you still need to make sure to practice with defense ammo from time to time.  It is crucial that your ammo will cycle through your handgun effectively, and that you are prepared for and are familiar with the different results.

Because the manufacturing of FMJ ammo is not as costly, the savings pass down to the user.  If you find yourself doing a significant amount of target shooting, FMJ is one of the most economical choices out there today.

On the flipside, with JHP ammo being more expensive to produce, many of those new to target shooting will use the cheaper option of FMJ most all the time.  However, this is an idea that is deemed very dangerous, but it is also illegal in some states, given the situation.

The problem with the use of FMJ for defense shooting is that the ammo does not reduce its projection on impact, and as such, does not expand.  The result is that the ammo will go through anything and anyone, as well as anything positioned behind the target.

Since defense ammo is more expensive, the design causes damage to the intended target alone.  When looking from a position of one of defense, that is what you need your ammo to do.

How To Keep Your Info Safe From Digital Hackers