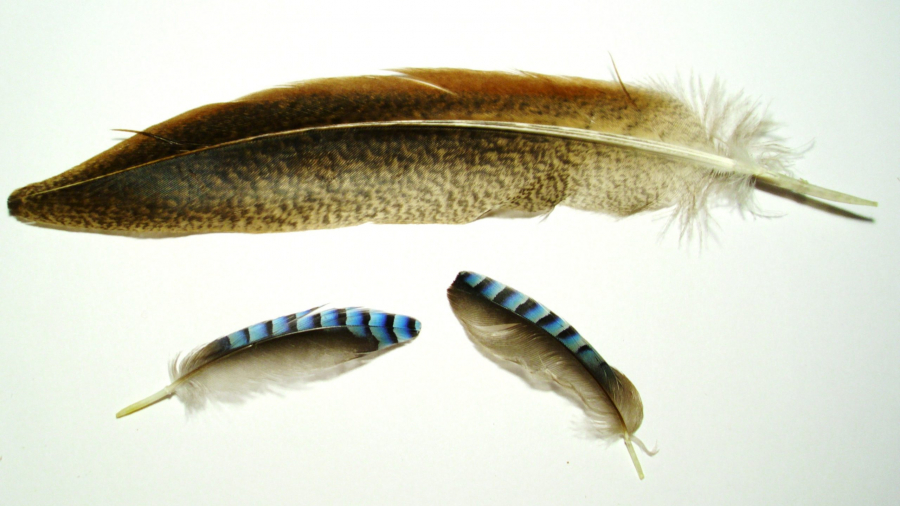 Did you know there are lots of survival uses for feathers? If not, you’re about to!

This week is Thanksgiving week, and all week we’ve had turkeys on the brain. We’ve been examining all the ways you can use every bit of them for survival (check out our survival articles here and here for more info).

Well, after going through everything, we realized there’s one very important aspect of turkeys (and birds in general) we haven’t gone into much detail about: the feathers.

Turns out feathers are super important (not only for the bird, but for us humans as well). And they’re a lot more useful than we think.

That’s why, in honor of the Thanksgiving holiday, we want to show you these…

Turns out bird feathers are super flammable – especially when they’re completely dry. Simply stack the feathers in a pile, and put your fire starter at the bottom of the pile. Now strike a ferro rod and allow the sparks to land right on top of the feathers. The feathers will immediately ignite, allowing you to build a fire.

Pro Tip: Have large feathers on hand? Cut them into small pieces to make these last as long as possible.

Lure In A Fish

Here’s a cool trick. You can use feathers to create your own fishing lures. Use shiny, colorful feathers for this, since these are more likely to catch the attention of passing fish. You’ll also want to use small feathers to make this as easy as possible .

There’s a reason why people pay big money for genuine feather down pillows. That’s because they’re so comfortable!

Goose feathers are often the best for this job, but nearly any type of feather will do. Wash the feathers thoroughly, and dry them completely. Then stuff them into a pillowcase and enjoy a restful night’s sleep.

Want a feather down comforter? The process is almost exactly the same as making a pillow. Simply collect enough feathers, wash and dry them, and stuff into a comforter. Just make sure to evenly distribute the feathers, and sew the comforter tight so feathers don’t come flopping out when you use it.

We’ve talked about turkey calls in our previous article. But this one’s entirely different. That’s because you can fashion an entire wing to make this tool even more effective.

By using a turkey wing, this mimics the sound a hen makes when it flaps its wings  to make a landing. Therefore, upon hearing this, male turkeys will generally come rushing over to great the hen. And this gives you the opportunity to strike.

Here’s a cool video showing you how it’s done.

Back in the day before pens were invented, people wrote with feather quills that had been dipped in ink. You can follow suit by making your own quill out of bird feathers.

Shave off some of the fibers on the feather so that you can grasp the stem firmly. Then cut off the tip of the stem with a razor. This will give you a pointy end to write with, and will allow the feather to hold the ink.

Turns out feathers make a perfectly safe addition to your compost pile. And, if they’re free of parasites, they can add lots of nutrients to your soil.

We wrote about adding feathers to arrow in our previous turkey blogs. However, what we DIDN’T do was show you a video of how this can be done.

Watch the video below for some helpful tips. Keep in mind this is just Part One of the video series, so you can continue on to the others when you’re done with this initial video.