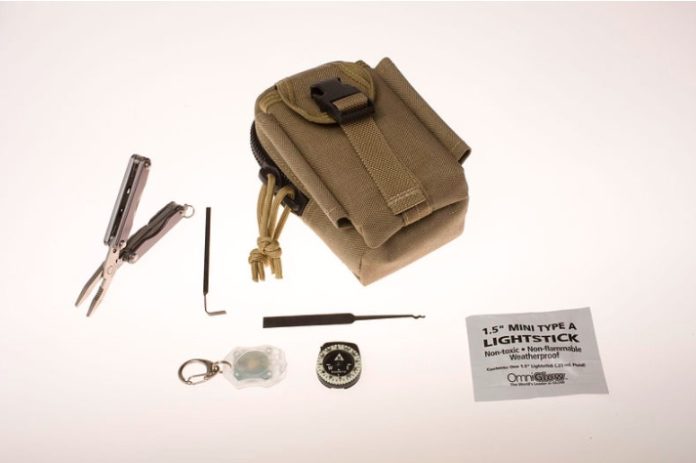 Never heard of the survival tool burden before?

That’s because it’s a term I just made up. I first heard a similar term when I took a vacation and my doctor recommended a handful of supplements for me.

He mentioned I could take 10 different supplements if I wanted, or that if I wanted to take fewer pills, I just take 4.

He said when you combine several supplements into one pill you reduce the “pill burden.” No one likes to take 10 pills, he explained. And I agree, it’s definitely not fun gulping down pill after pill.

These include people avoiding taking vital supplements…the increased chances of pills getting stuck in your throat…and the cost associated with extra pills.

Allow me to explain.

Most preppers don’t about the survival tool burden. They think it’s OK to buy a tool for this and a tool for that, never considering they could get more usefulness out of fewer tools.

And in the next few minutes, I’ll show you why if you don’t fix the “survival tool burden” you’re making a big mistake.

The first reason my doctor told me to reduce the “pill burden” was because it made taking pill easier.

I was all for that, but the main reason I was interested in the theory is because it saved me money.

1 – Reduce the survival tool burden saves you money: Who doesn’t like saving money? I love saving money. And the truth is when you get one tool that does the job of several you’ve just found a way to keep more money in your pocket.

Probably the best-known example of a cost-saving survival tool are the 5-in-1 shovels you see. They have axes, hatchets, shovels, etc. all built into one tool. I have one myself.

Just the other day I found an incredible new tool that reduces the survival tool burden really well.

It does a whole bunch more.

2 – Reduce the survival tool burden to help save space: This is easily one of the top reasons to get more multitools.  For most survivalists, the idea of having to bug out to a remote location, carrying all they’ll need to survive with them is always top of mind.

That means everything they carry needs to be light so it will not weigh them down as they travel.

This is one of the ultimate benefits of using multitools. Take the classic Leatherman. Depending on the model,  this tiny tool has anywhere from 9-20+ tools built into a single, palm-sized device.

With a leatherman, there’s no need to carry around a knife, a screwdriver, a saw, a pair of pliers, a fish scaler. etc. That one tool will do the job of 20.

The same can be said of tons of other tools.

Sadly, one of the most useful items in a survival kit (a flashlight) doesn’t have a counterpart like the leatherman.

I just discovered the new Strikelight while at the SHOT show in Las Vegas. This handy flashlight packs several life-saving tools into one device. It’s not the smallest light in the world…but considering how it could save your life that’s A-OK.

3 – Reducing the survival tool burden makes life easier:  Thanks to living in an era of modern convenience things are nicer and easier to work with. And that’s true of pretty much everything. People aren’t pushing plows through fields anymore.

As a matter of fact, while some people complain about modern conveniences, I can’t imagine anyone wishing they all disappeared.

That’s why SHTF prepping is literally anticipating a worst scenario. That way in the event something goes wrong we can maintain our modern way of living.

Moreover,  it’s also one of the best reasons to reduce the survival tool burden.

When you do you’re using technology in a way that will make life easier and more manageable in a crisis.

He works. If you have a 5-in-1 multi-shovel, you don’t need to carry additional tools with you to get several jobs. That one tool will do almost everything you need it to do. In the process, it saves you time, saves you energy, and saves you hassle.

What the remote is to making watching TV easier reducing the survival tool burden is to prepping.

That’s why I’m so excited about the new Strikelight.

There’s a video showing you exactly how the Strikelight works on the next page.

As far as I’m concerned, the Strikelight’s amazing not only because it makes life easier…it also gives you peace of mind most other tools can’t. Check it out here.

Will You Be Reducing The Survival Tool Burden Soon?

As you can plainly see, there are several, distinct benefits to using survival gear that packs several tools into one.

Once you realize there’s a distinct financial as well as tactical advantage to reducing the survival tool burden it’s just a matter of pulling the trigger.

In my opinion, these are the best places to start.

Get a multitool.  I highly recommend you purchase something like a leatherman (or similar) so you can reduce how many tools you carry in your survival kit

Get a 5-in-1 shovel. But make sure to get a nicer one. The ones that cost under $20 are crap. I suggest shopping around for a solid one since they’re great for camp.

The Strikelight is a super-bright flashlight. It’s equipped with several emergency features that’ll make mincemeat of night. But it’s most incredible feature is how it’ll destroy bad guys.

At first the only downside I saw to the StrikeLight was its price. At the SHOT show it was $129.95.

But because I’ve got great relationships with tons of survival companies I was given the chance to give it to my readers for WAY cheaper than that.

If you want to see what’s so special about it just follow this link.

Biden Lets Go of Two Prisoners in Deal With Venezuela