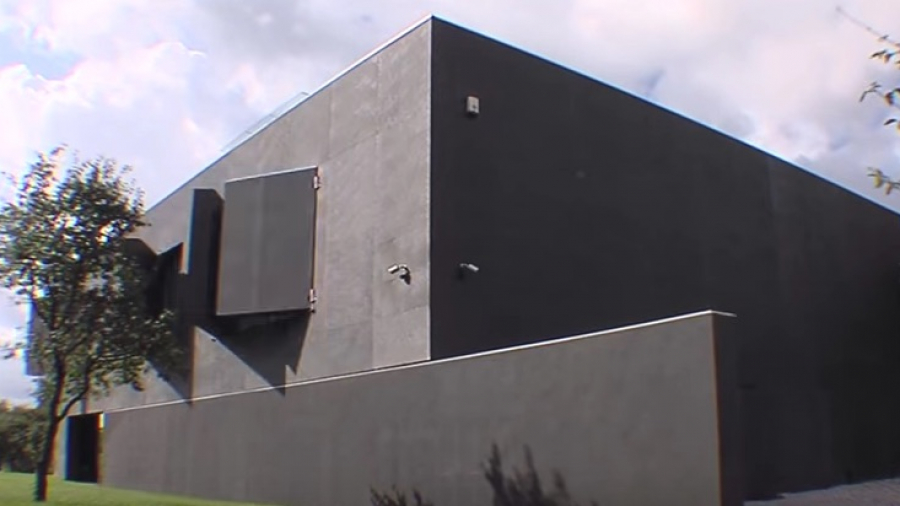 Whenever we think about surviving the apocalypse, we always think about crazy survival shelters that costs millions of dollars and are buried deep in the ground.

If you’re like me, you wish you had the money for those kinds of survival shelters.

And while it might be fun to dream about them, right now I’ll give you a tour of some of the coolest ones.

Consider this the Lifestyles of the Rich and Famous, survival shelters addition.

You’re not going to believe your eyes.

These Survival Shelters Are Crazy, And Amazing

I’ve seen all kinds of survival shelters on the Internet over the years.

Once you’ve seen one cool shelter, it makes you want to see all kinds of others.

So, I took a sample of the ones I’ve found on the Internet and I’m posting them here.

If you had all the money in the world, then you could spend it on these survival shelters.

Apparently, they’re building $2 million condos deep in the recesses of a missile silo out in Kansas.

According to the website I found out about these on, the bunkers are equipped with everything you need to survive a crisis.
“These luxurious units come with all mod-cons, as well as a pool, a movie theater and a library – oh, and a guarantee that they will survive doomsday if and when that fateful day comes. The condos sit deep below the Kansas prairie in the shaft of an abandoned missile silo and are meant to withstand everything from economic collapse and solar flares to terrorist attacks and pandemics. So far, four buyers have thrown down a total of about $7 million (£4.4m) for havens to flee to when disaster happens or the end is nigh.” 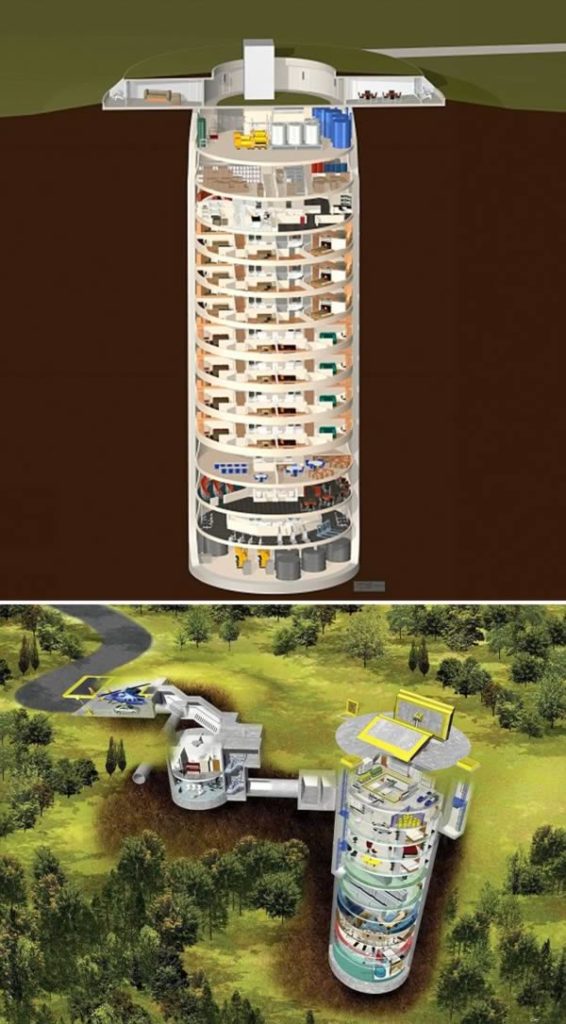 Ok, this is not your standard log cabin by any stretch of the imagination. I’m not really sure where this is because no one gave me details on these survival shelters, but I just think they’re cool.

At first glance it looks like a pile of wood. When you get closer, surprise! It’s a whole house! 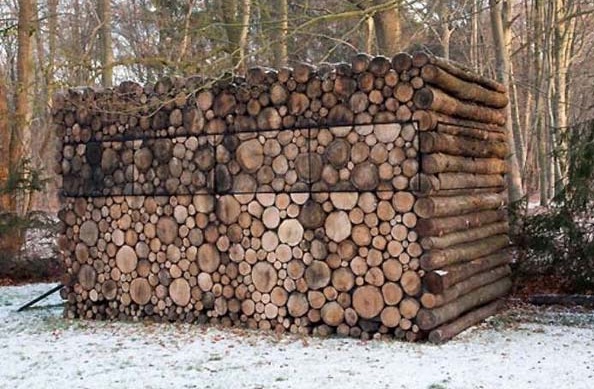 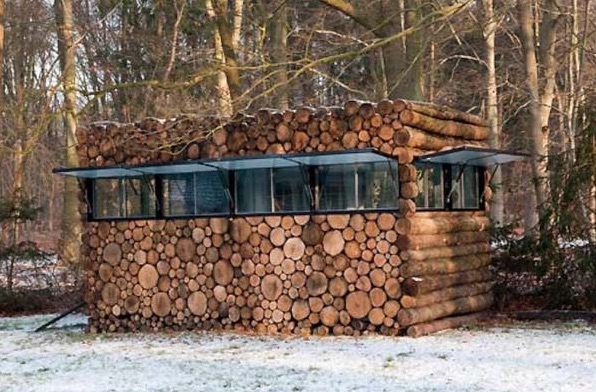 There seems to be a trend amongst my favorite, and weird survival shelters. A lot of them are underground. Obviously, it makes sense, when you’re underground you’re quite a bit safer from external threats than when you’re above ground.

Now it serves as a vacation home, but in a crisis it would seriously help you outlast it.

“Vals in the Swiss Alps is the setting for this amazing underground vacation home known as Villa Vals. Architectural design studios SeARCH and CMA are behind this wonderful design concept.

The only way that it was possible to build such a contemporary property within this area of outstanding natural beauty was to completely integrate the construction into the landscape. The entrance hall to the property is actually a separate traditional wood shed which is connected to the villa by an underground tunnel.” 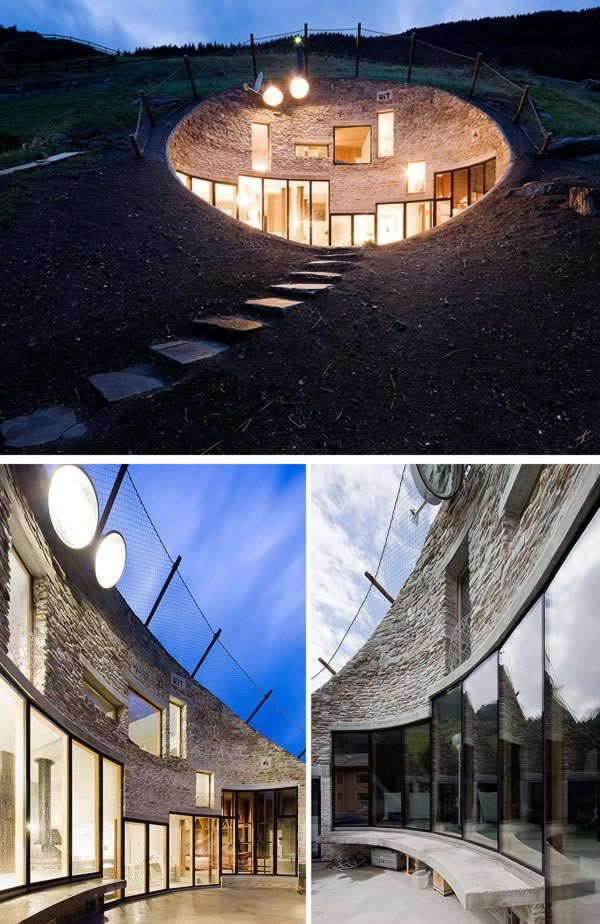 Man, this thing is cool. Yes, it’s $1.76 million dollars, but it’s a house attached to a full on missile silo. That means if anything happens while you’re barbecuing you can instantly retreat inside.

This amazing shelter came about when two guys named Bruce Francisco and Gregory Gibbons bought the abandoned silo in NY.

The house is amazing. A spacious homestead rests up top, complete with an open living room, a fireplace and an epic wraparound porch.

But below ground is what really matters. Inside of the old control center are two levels, three bedrooms, and 2.5 baths. There’s also a living area, a kitchen, and a spiral staircase to top it off.

And beyond that? Nine additional levels protrude further underground, making up 12,000 square feet to live and thrive in. 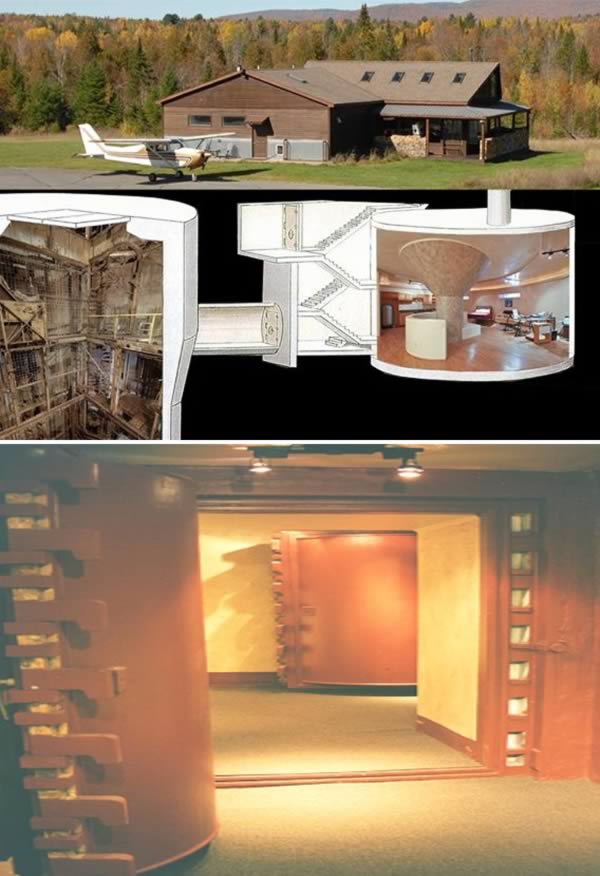 Just watch this video and I’m sure you’re gonna like this.

Truth is there are a lot more like that.

Do me a favor.