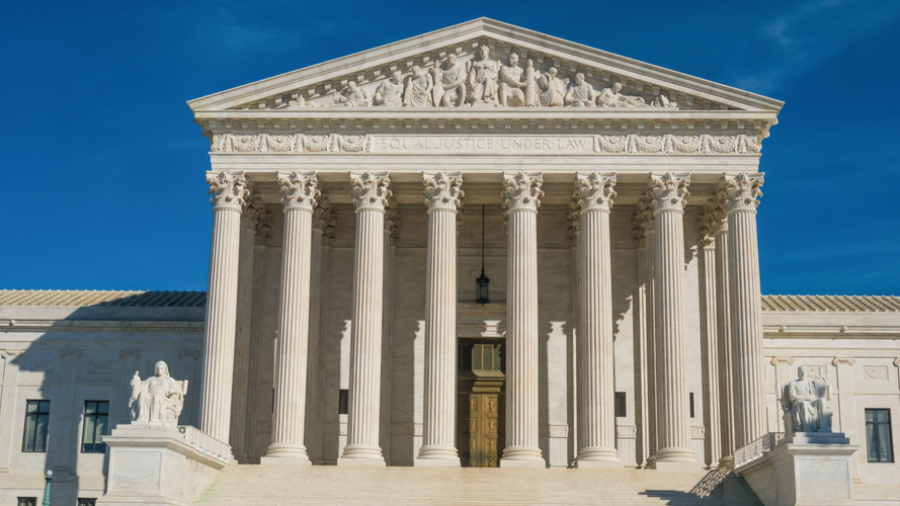 The U.S. Supreme Court overturned Roe v. Wade on Friday, stating that the Constitution is silent on abortion and that Roe was “egregiously wrong from the start,” marking the historic conclusion of a five-decade campaign by the pro-life movement.

It is one of the most significant decisions in the nation’s 246-year history.

The Supreme Court overturned Roe v. Wade on Friday, effectively ending recognition of a constitutional right to abortion and granting individual states the authority to allow, limit, or prohibit the practice entirely.

The decision was made in Dobbs v. Jackson Women’s Health Organization, a case centered on a Mississippi law that prohibited abortion after 15 weeks of pregnancy. Mississippi’s Republican-led state asked the Supreme Court to overturn a lower court ruling that had halted the 15-week abortion ban.

“We end this opinion where we began. Abortion presents a profound moral question. The Constitution does not prohibit the citizens of each State from regulating or prohibiting abortion. Roe and Casey arrogated that authority. We now overrule those decisions and return that authority to the people and their elected representatives,” Justice Samuel Alito wrote in the court’s opinion.

Alito’s opinion began with an examination and critique of Roe v. Wade and its holding that while states have a “legitimate interest in protecting ‘potential life,” this interest is not strong enough to prohibit abortions before the time of fetal viability, which is generally understood to be around 23 weeks into pregnancy.

“The Court did not explain the basis for this line, and even abortion supporters have found it hard to defend Roe’s reasoning,” Alito wrote.

Chief Justice John Roberts agreed that the viability line “never made any sense,” but he would have taken a “more measured approach” in this case. Rather than overturning Roe v. Wade, Roberts stated that a right to abortion should “extend far enough to ensure a reasonable opportunity to choose but need not extend any further.”

The majority of the court took a stronger stance against Roe v. Wade and the subsequent case Planned Parenthood v. Casey, ruling that “Roe and Casey must be overruled.”

"The Constitution does not prohibit the citizens of each State from regulating or prohibiting abortion. Roe and Casey arrogated that authority. We now overrule those decisions and return that authority to the people and their elected representatives."

The Court’s decision acknowledged that the Due Process Clause of the Fourteenth Amendment has been found to guarantee certain rights that are not explicitly stated in the Constitution, but that those rights are “deeply rooted in this Nation’s history and tradition.” The Court stated that abortion “does not fall within this category,” because “such a right was entirely unknown in American law” until the late twentieth century.

Rather than continuing the precedent set by Roe v. Wade, the Court stated that “it is time to heed the Constitution and return the issue of abortion to the people’s elected representatives.”

The opinion comes after the February leak of a draft opinion overturning Roe v. Wade sparked nationwide debate and pro-choice activist protests at the homes of the six conservative justices. Since the leak of the opinion, dozens of pro-life pregnancy centers have been vandalized, Catholic churches have been targeted for protests and unrest, and a suspect has been charged with attempted murder for allegedly attempting to assassinate Justice Brett Kavanaugh.

At least 13 Republican-led states have already passed “trigger laws” that would immediately restrict abortion access if Roe is overturned.

According to the Center for Reproductive Rights, the highest courts in nine states have recognized the right to abortion under their respective constitutions. State constitutional protections ensure that abortion will remain legal even if Roe is overturned.
Some of these states, such as Florida, have passed laws restricting access, while others, such as Montana, have temporarily blocked abortion restrictions.

The Guttmacher Institute, a pro-abortion research organization, has noted that laws prohibiting abortions after six weeks in Georgia, Iowa, Ohio, and South Carolina have all been ruled unconstitutional but might be reconsidered if Roe is overturned.

On the other hand, pro-choice supporters will need to work to codify Roe or pass state-level legislation to enact looser abortion restrictions.

Other blue states are anticipated to follow suit after the Supreme Court’s decision. New York passed a bill in 2018 intended to codify Roe.

In the week that followed the leaked draft, the Senate failed to move a bill that would have codified Roe v. Wade’s federal protections for abortion forward.