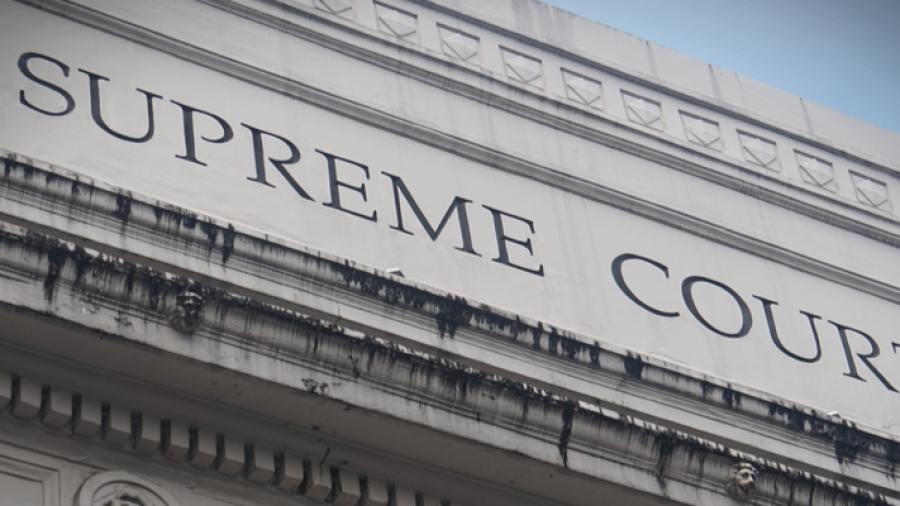 In a pair of opinions issued Monday, the Supreme Court ruled that illegal immigrants can be detained indefinitely without a bond hearing and that federal judges cannot grant immigrants class-wide relief.

The Supreme Court ruled in Johnson v. Arteaga-Martinez that federal immigration law does not require immigration judges to hold bond hearings after six months to determine an immigrant’s eligibility for release. That decision overturned a decision by the United States Court of Appeals for the Third Circuit that upheld a lower court’s order granting the immigrant’s request for a bond hearing.

Bond hearings are held to determine whether an immigrant is eligible for bond and can be released while their asylum or deportation cases are pending.

Attorneys for the immigrant plaintiffs argued that the word “may” in the federal law indicated the judge had discretion to hold a bond hearing. However, federal government lawyers contended that immigrants do not have the right to a bond hearing.

The majority opinion was written by Justice Sonia Sotomayor for a nearly unanimous decision in which the Court agreed with federal government attorneys.

Except in national security cases, Sotomayor stated in the 8-1 decision that the Supreme Court has never “authorized prolonged detention without an individualized hearing before a neutral adjudicator, at which the detainee has a meaningful opportunity to participate.”

In a similar case, the Supreme Court overruled a decision by the United States Court of Appeals for the Ninth Circuit that extended the right to a bond hearing to all members of the class action lawsuit.

According to the Court’s decision in Garland v. Gonzalez, if immigrants want to assert their right to a bond hearing, they must do so individually, as opposed to the plaintiffs in the case, who filed a class action on behalf of all similarly detained immigrants.

Justice Samuel Alito, writing for the 6-3 majority, stated that federal law “generally prohibits lower courts from entering injunctions that order federal officials to take or refrain from taking actions to enforce, implement, or otherwise carry out the specified statutory provisions.”

Both cases were brought by illegal immigrants who were detained by US immigration officials. According to the San Francisco Chronicle, “in both cases, the Biden administration has taken the same position as President Donald Trump’s administration.”

Biden’s adherence to federal immigration law, as well as his support for former President Donald Trump’s judicial arguments, has pitted him against his progressive allies on the issue.