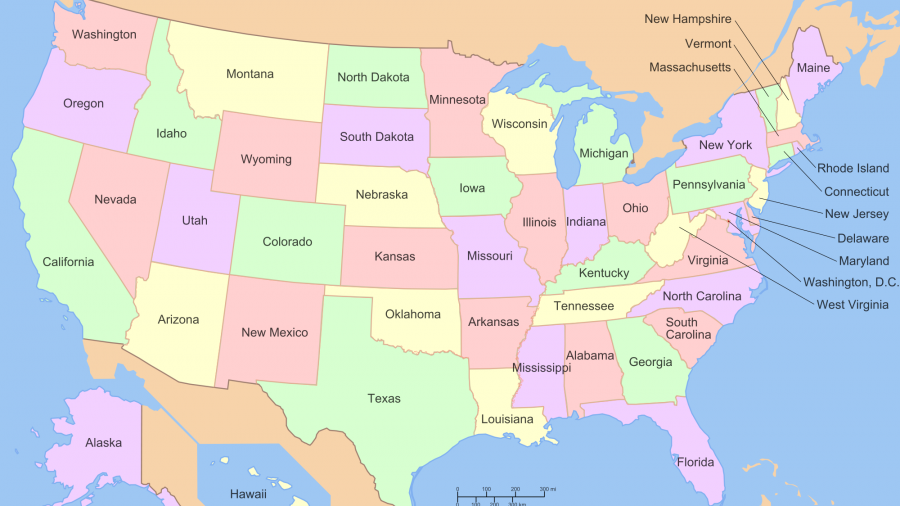 I can’t tell you how many preppers I meet who think they have it all figured out when it comes to bugging out.

They’ve got their food supply stocked, their survival tools packed, and their bug out bag filled to the brim.

And that’s if they live in a state that’s actually going to help them succeed in bugging out.

I love America, but the fact is some of our United States are just better for bugging out than others.

In fact, some states are just plain terrible for it.

So the question is, are you in the right state for bugging out?

You’re about to find out…

Which States Are Best/Worst For Bugging Out?

BEST STATES FOR BUGGING OUT

Oregon may be rainy, but it’s got the farmland, abundant water supply, trees aplenty, and other natural resources to ensure your bugging out experience is successful.

Lots of Oregonians also have a rebellious, anti-authority mindset. You can really learn from these people once SHTF!

Alaska isn’t generally top-of-mind when preppers think of places to bug out. And that’s a good thing. Not only is it “under the radar,” but it’s also got tons of wildlife and fresh water to help keep you alive.

Another nice thing is this state doesn’t get many natural disasters, and has zero nuclear power plants – two VERY good things when you’re in an emergency situation.

Not only is Colorado beautiful, but it’s also chock-full of natural resources that will help you out in a crisis. The Rocky Mountains also have lots of wildlife and tree coverage to feed and shelter you.

Colorado also has 300+ days of sunshine on average every year. This alone will make your bugging out experience far more pleasant!

When you consider the large Amish population in this state, it’s easy to see why so many will flock to it for bugging out. These people truly know how to live off the land, and befriending them could be one of the smartest moves you ever make.

The likelihood of a natural disaster here is also pretty low, and the farming is excellent.

WORST STATES FOR BUGGING OUT

First of all, Wyoming is well-known for its wind. And, when you’re trying to set up a bug out shelter, tend to your survive garden, set up a fire, or just keep warm, this wind can make it a real pain to accomplish any of these tasks.

Not to mention the fact that it’s full of vast, open land. This can leave you extremely susceptible to attack, since there’s not many things to hide behind or duck under. Being out in the open where everyone can see you is a big no-no when bugging out.

Sorry Texans – your state is NOT the best for bugging out. For one, the extremely hot and humid temperatures here can be absolutely miserable.

The sheer size of this state is also a detriment, since it’s a pain to travel through (especially if you end up being without a vehicle).

Not to mention border control – these guys could make your life hell if they get too suspicious.

This state is tiny in comparison to the others. And any prepper knows that limited space + lots of people = bad news for bugging out.

It’s also extremely expensive to live there (if you need to take shelter in a house/apartment), and the traffic is terrible.

I saved this one for last, since Florida is quite possibly the worst state of them all for bugging out.

First, this state experiences lots of natural disasters, such as hurricanes and tornados. This alone makes the state susceptible to emergencies.

Florida also has a large population, and is a tourist hot-spot due to attractions such as Disney World, Universal Studios, and the Florida Keys. And when SHTF and it’s time for bugging out, you can bet you’ll want less people around you – not more.

High crime rates also make this state undesirable for bugging out, as do the water/air pollution.

However, as on every other topic, there are preppers that disagree with this list. Take the guy in this video – he thinks Florida is actually the best state to bug out!

Listen to what he has to say, and then decide for yourself. But don’t say I didn’t warn you.