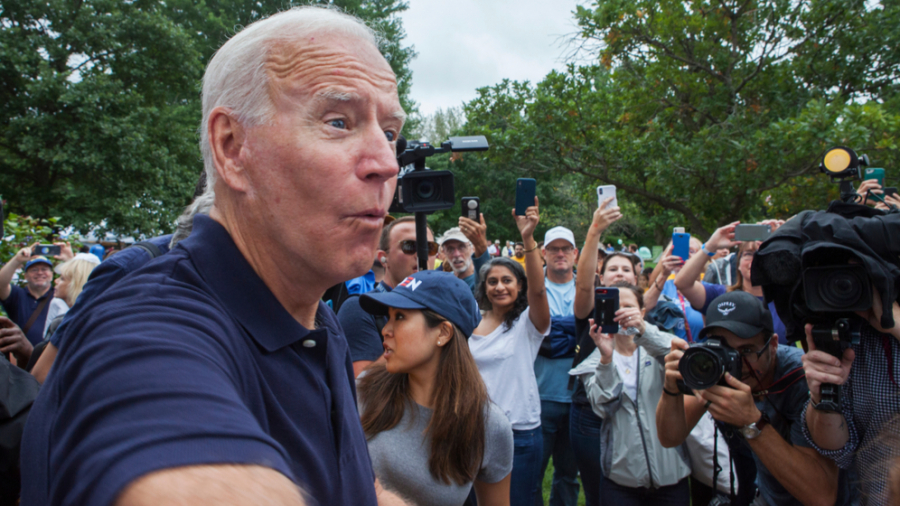 On Tuesday, President Joe Biden mistakenly called Vice President Kamala Harris as “first lady” during his remarks on Equal Pay Day at the White House. However, he later joked about his blunder.

“There’s been a little change in arrangement of who is on the stage because of the first lady’s husband contracting COVID,” Biden said.

BIDEN: “The First Lady's husband has tested positive for COVID”

That would be him.

You can’t make this up.

Following his blooper, an audience member seemed to have mentioned it to the president because Biden then proceeded to joke about it.

“And secondly, the first gentleman, how about that?” Biden went on to say.

The president started his speech by calling himself the first lady’s husband.

“I’m Joe Biden. I’m Jill Biden’s husband and proud of it,” he stated.

His speech on Tuesday discussed women’s progress and pushed for equal pay, claiming that his administration is taking steps to eliminate the “pay gap.” Biden signed an executive order on the same day that would promote steps to achieve pay equality, also encouraging the US government from barring federal contractors from looking for any information regarding the salary history of a job applicant.

For every dollar men made, women only earned 83 cents back in 2020. The gap is even more evident for Hispanic (57 cents) and Black (64 cents) women as compared to what White, non-Hispanic men earn.

Many critics say that the country already bans discrimination in the workplace in connection to someone’s sex. They also argue that the wage gap is the result primarily of individual choices and not discrimination. According to critics, on average, men tend to do more dangerous but better paying jobs. Meanwhile, comparatively more women choose to become full-time mothers.