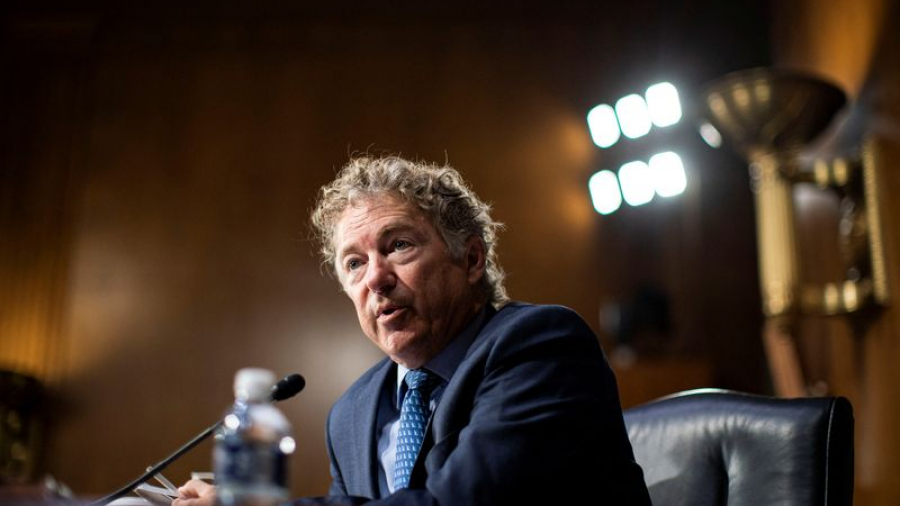 The top Democrat and Republican in the U.S. Senate joined forces in a rare moment of unity on Thursday in an attempt to pass $40 billion in aid for Ukraine, only to be stymied by a single Republican lawmaker: Senator Rand Paul.

Faced with the prospect of an extended delay for the package that passed the House of Representatives on Tuesday, Senate Majority Leader Chuck Schumer and his Republican counterpart, Mitch McConnell, sought to move forward on the aid package only to be blocked by Paul, a longtime fiscal hawk who objects to the amount of spending proposed.

The stalemate has threatened to delay passage of the measure into next week. Late on Thursday, Schumer moved to limit debate on the bill, which could set up an initial procedural vote on Monday. But it was not clear whether leaders were still trying to negotiate a deal that would further speed the bill along.

“The package is ready to go, the vast majority of senators on both sides of the aisle want it,” Schumer said on the Senate floor.

“If Senator Paul persists in his reckless demands … all he will accomplish is to single-handedly delay desperately-needed Ukraine aid.”

If the Senate debate on Ukraine aid spills into next week, it could cause problems for Western nations trying to bolster Ukraine in its fight against Russia. The Biden administration has said that by May 19 it expects to run out available funds to draw on under an authority that allows the president to authorize the transfer of weapons without congressional approval in response to an emergency.

Paul is demanding that the legislation be altered to require an inspector general to oversee spending on Ukraine. Without his agreement, the Senate must follow a lengthy process stipulated by the chamber’s arcane rules.

In an usual display of legislative theater, Schumer was joined by his political rival, McConnell, who also addressed the urgency of the situation.

“Ukraine is not asking us to fight this war. They’re only asking for the resources they need to defend themselves against this deranged invasion. And they need this help right now,” said McConnell, who is Paul’s fellow senator from Kentucky.

The House passed the Ukraine spending bill by 368 to 57, with only Republicans voting against it.

Joe Biden had asked Congress to approve an additional $33 billion in aid for Ukraine. But lawmakers decided to increase the military and humanitarian funding.

On Thursday, Schumer and McConnell offered Paul an amendment vote on his proposal that would have required support from 60 of the 100 senators to pass.

But Paul refused the offer and demanded the Senate adopt his amendment before voting on the aid package.

“This is the second spending bill for Ukraine in two months. And this bill is three times larger than the first,” Paul said before formally blocking the aid package. “Congress just wants to keep on spending, and spending.”