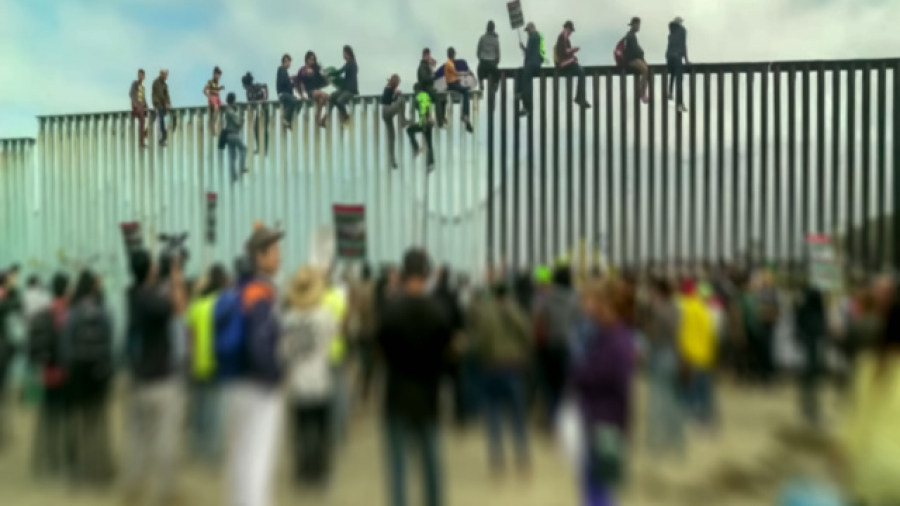 Sen. Joni Ernst, who was part of a Republican Party delegation that paid a visit to the southern border in order to hold meetings and tours over the course of several days, stated during an interview on Monday that what she saw there was “absolutely horrible.”

There was a total of seven senators who went on the trip, which was led by Texas Republican Sen. Ted Cruz and John Cornyn, also of Texas, and they “saw just a small sliver” of the border crisis, Ernst stated during her interview on Newsmax‘s “Wake Up America” program, going on to state that what they witnessed was “enlightening.”

“As a mom. I was just shocked and appalled at the stories I was hearing not only from the migrants but from the Border Patrol agents that work that sector,” said the senator. “We also heard from a group of landowners that are finding dead bodies on their property.”

“We heard of 5- and 6-year-old girls that had been brutally sexually assaulted just a few days prior by the coyotes, those smugglers that are bringing them to the border. Many of these children are unaccompanied there, sent on this journey from Central America from Mexico, facing extraordinary issues all along the way at the hands of these abusers,” Ernst stated.

Ernst then said the smuggling is a “racket for the drug cartels.”

“What we heard from CBP [Customs and Border Protection] is that the drug cartels in Mexico are no longer warring with each other, necessarily, because there is so much money involved in the smuggling operation that there is plenty to go around for everyone,” she continued.

Ernst then pointed out that while all this is happening President Joe Biden, along with Vice President Kamala Harris and Homeland Security Secretary Alejandro Mayorkas are just allowing the border crisis to continue without taking any sort of action to address it, “turning a blind eye” to what is really going on at the border.

“Yet the folks on the ground in those areas, they are so frustrated,” Ernst remarked concerning what she witnessed along the southern border. “They feel that they have lost their rights as American citizens. They don’t feel safe living on their own property. They have cars stolen, people looking through their windows at all hours of the night, and their garages and other buildings occupied.”

Ernst then stated she believes all of this is going to lead to a “red wave” in Congress this fall during the midterm elections, which could mean that Republicans take over both houses of Congress. She also added that she wouldn’t weigh in on whether the administration has an ulterior motive for allowing the crisis to continue.

“We can speculate about that, certainly, but what I do see is that people are very upset,” stated Ernst. “People that are voting in this fall’s elections will bring their thoughts and attitudes to the ballot box and then maybe the administration will wake up.”

Ernst noted that the delegation at the border was taken out during a night patrol, which isn’t something that happens all the time due to the dangers that are involved, going on to call the experience “eye-opening.”

“We encountered several different groups immediately when we were on the ground with those agents and we were able to visit with those migrants that were being brought up to the border,” the Republican senator said. “Many of them just turned themselves in because they know that the agents will process them in and then have no recourse but to simply allow them to go into the interior of the United States.”

“They’re given notice to show up or a notice to appear, and that’s it. They turn them loose,” Ernst stated during the interview.

Well, Ernst might not offer speculation for what reasons the Biden administration might have for allowing the border crisis to continue, but it’s not beyond the realm of possibility for the current folks in charge to be concerned about being able to win future elections, and thus, employing the use of individuals who are in our nation without legal permission to help accomplish those ends.

Again, we don’t have any sort of direct evidence that is happening, but it certainly is a possibility.

Source
Sen. Ernst Says She Was ‘Shocked And Appalled’ During Border Visit; Here’s What She Saw is written by michael for trendingpolitics.com