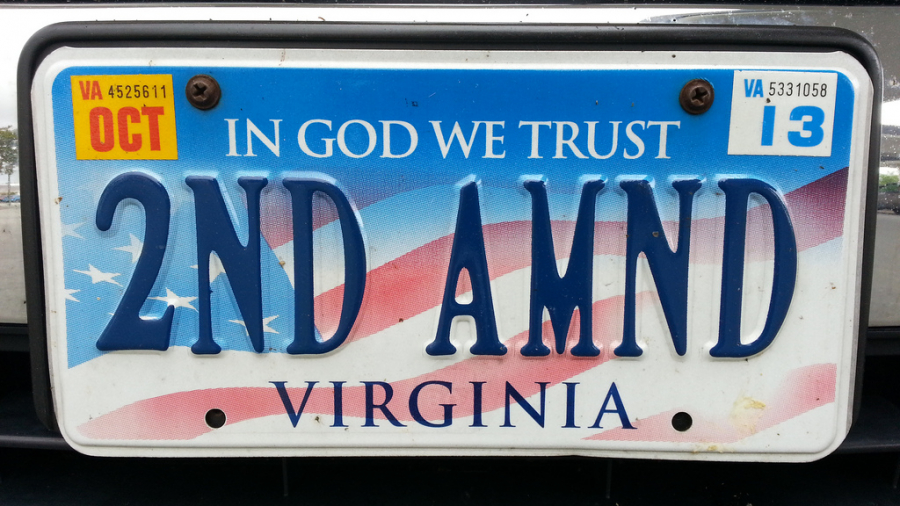 More companies than ever before are beginning to strip away your Second Amendment rights.

Back in February, Dick’s Sporting Goods made the controversial decision to stop selling assault-style firearms. Despite strong pushback from the NRA, as well as gun lovers across the U.S., the company is refusing to budge.

Now, the sporting goods store is doing the unthinkable. A spokeswoman for the company said they are going to destroy their entire leftover inventory of assault weapons.

“We are in the process of destroying all firearms and accessories that are no longer for sale as a result of our February 28th policy change,” she said. “We are destroying the firearms in accordance with federal guidelines and regulations.”

Dick’s brash and thoughtless actions come in response to the Parkland, Florida school shooting. Just two weeks after the shooting, the company chose to tighten their store policies.

To show their stance on gun control, Dick’s made the decision to restrict gun sales from all purchasers under the age of 21. They also put a ban on all bump stocks, high-capacity magazines, and firearms under the label “assault weapons.”

Gun control advocates, of course, were singing the praises of the company. However, the NRA and gun rights advocates have been angrily resisting the changes.

So far, the company is fighting two lawsuits – each on the basis of age discrimination. That’s because it’s still legal for consumers ages 18-20 to purchase a firearm.

Investment analysts have also been heavily criticizing the company for limiting their inventory, and alienating a broad percentage of its customer base. By making these changes, the analysts say they are adopting a “disadvantageous political alignment.”

Despite the intense backlash from gun lovers, financial professionals, and gun rights groups, the company still refuses to budge.

And it’s not just Dick’s Sporting Goods that’s pissing off gun advocates, either. Walmart, Kroger and L.L. Bean are also following in the company’s footsteps and refusing to sell assault-style weapons.

In fact, a multitude of other companies have also been cutting ties with the NRA. According to Guns.com these include:

YETI – a premium cooler company – has also recently gotten on the “I Hate Firearms” bandwagon. They’ve been showing their support for gun control by suddenly refusing discounts to NRA members.

As a result, gun lovers everywhere have been videotaping themselves firing at and blowing up their YETI coolers, tumblers, and more as a sign of protest.

Here’s a couple videos showing just how pissed off NRA members are at YETI:

And this is just the beginning. As more school shootings occur, more and more companies will start taking away firearms altogether.

Not to mention, liberals will pass more and more gun control laws that restrict and further infringe upon our Second Amendment rights.

So what can we do? Or rather, what must we do in order to salvage our rights to own and operate our firearms?

We clearly can’t roll over and allow the government (and gun-hating companies like these) to take our firearms. Especially not without a fight.

That’s why it is our duty to understand every detail of our Second Amendment rights in order to ensure the ongoing safety of our families.

We also need to gain the tools, training, and techniques to keep our current firearms safe from the government.

And, finally, we also need to know how to legally acquire new firearms in today’s crazy times.

All of this is possible thanks to this book.

Second Amendment Rights was written by U.S. Military veteran Richard Marshall. Marshall proudly served our country for 25 years, and also served as an Army Instructor for 11 years. So it’s safe to say this man knows guns – and knows his rights to own and operate them.

This book is by far the most up-to-date and complete resource available for keeping your current firearms safe.

In fact, Marshall is so passionate about keeping firearms in the hands of Americans that he’s allowing you to have this book for FREE.

There are forces at work more than EVER before that don’t want you to own guns!

As our laws are being re-written as we speak, and as companies refuse our Second Amendment rights, one thing is perfectly clear. You can bend over and allow them to take away everything you hold dear… or you can stand up and fight.

Marshall’s book Second Amendment Rights will teach you everything you need to know to keep your firearms safe and secure – while the world goes to hell in a hand basket.

Get your Free copy here before they run out completely.