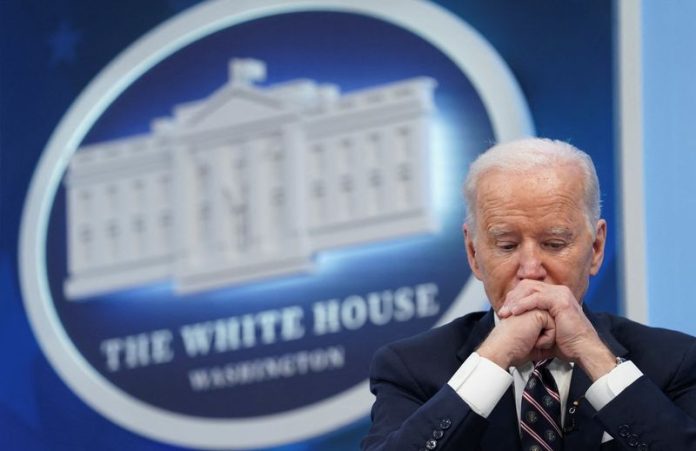 Joe Biden wanted to spend 2022 building bridges, literally and metaphorically, in the United States. Instead, he faces being dragged into a crisis sparked by Russian President Vladimir Putin that could reshape Europe.

Aides say Biden, who just a month ago laid out a plan to fight his lagging polls in a U.S. midterm election year by getting out of the White House to “look people in the eye” across America, is now deeply immersed in the details of the Russia-Ukraine foreign policy challenge, and not the election cycle, aides say.

“He’s not talking about the politics,” said a senior administration official. “He’s very focused on his call with foreign leaders, or who he’s going to talk to next, or says ‘I need to get the joint chiefs (of staff) on the phone, or call Tony (Blinken, the secretary of state) and tell him what to say.’ He’s extremely involved in directing every detail here.”

In an election year when the party that controls the White House typically loses seats in Congress, the shadow of politics is there, whether the White House wants it or not, strategists from both parties say.

Biden has said that U.S. soldiers won’t go into Ukraine, and American voters do not normally cast their ballots based on events overseas. But an interruption in the supply of energy from Russia to Europe could cause gasoline prices to skyrocket in the United States, adding to the pain Americans are already feeling from the highest inflation rate in 40 years.

“If Russia invades and it’s a quick invasion and it’s just a matter of days, then obviously that is lot better than a prolonged effort because oil prices won’t be out of whack for an extended period of time,” said Democratic strategist Bud Jackson.

Biden has portrayed the Ukraine tension as part of a global fight between autocracy and democracy. If the United States and Western allies can rebuff Putin and shore up an independent Ukraine, while keeping U.S. forces out of combat, it will likely improve his popularity, said Democratic strategist Steve Elmendorf.

“If he shows strength and competence, that hopefully will improve his numbers – and what is most important for Democrats in November is that he has better numbers,” said Elmendorf. But Elmendorf said he believes much of the country’s mood will depend less on Ukraine and more on whether people feel they are rebounding from the COVID-19 crisis.

Putin’s seeming determination to dominate an independent Ukraine means the crisis could drag on for weeks, or months, or longer. If Biden is perceived as stumbling in his handling of the issue, Republicans who have focused on obstructing Biden’s COVID policies and legislative agenda amid their own party in-fighting, are likely to double down on their attempts to paint the president as feeble and too passive to counter Putin.

“This Ukraine situation has become a real distraction for Biden,” said Republican strategist Scott Reed. “It has taken him away from the issues that voters care about: inflation, gas prices, the border.”

Brent crude oil, the global benchmark, is hovering around $100 a barrel, the highest since September 2014. Russia is the world’s third-largest oil producer, behind Saudi Arabia and the United States and a significant supplier to Europe.

The Biden administration is not expected to target Russia’s oil and gas sector due to concerns about inflation and the harm it could do to its European allies, according to interviews with experts and administration officials.

“Inflation is a huge concern. You have a region in Europe that is an inflation crisis and you want to make it worse,” said Sarah Emerson, president of Energy Security Analysis, Inc, a global consulting firm.

Biden has been careful to include warnings to Americans about the possibility of higher energy prices added to a speech he delivered on Tuesday, to ensure Americans understand how the conflict might affect them, aides noted.

His team of veterans of then-President Barack Obama’s experience with Russia and Ukraine in 2014, including White House officials Jake Sullivan and Jon Finer, Eric Green and Amanda Sloat and press secretary Jen Psaki in the West Wing, and the two top national security aides for Kamala Harris, Nancy McEldowney and Phil Gordon, believe they learned from mistakes.

A former senior aide to Obama said the current response is stronger than what Obama did in 2014, when Putin annexed Crimea despite U.S. warnings.

“It definitely seems more intense,” said the aide who asked not to be identified to speak freely. That’s “because we learned, we the country, and a lot of the folks who are involved now were involved then,” he said.

Source
Russia crisis leaves Biden with little upside at home and plenty of downside is written by Wolf Daily for wolfdaily.com

This Survival Resource Protects You From ISIS

Survival Saws: What You Need To Know