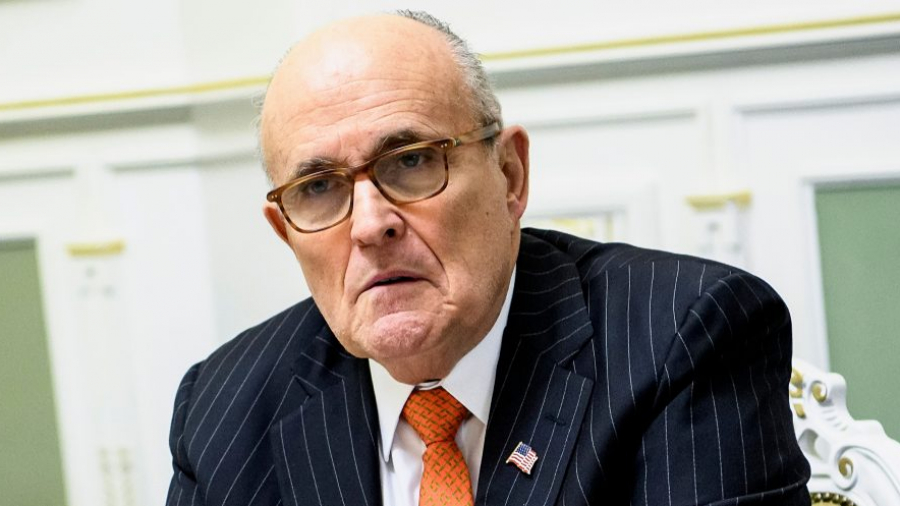 During an interview with Newsmax over the weekend, former New York City Mayor Rudy Giuliani revealed that he gave Hunter Biden’s laptop to prominent Republicans who refused to report on it.

The comments were shocking to say the least considering the information was available in 2019 but several conservative news outlets failed to report on it despite having the evidence.

The names of these Republicans include John Solomon, Sean Hannity and Mike Pompeo.

“I had this whole thing – let’s say half of it; certainly enough to prosecute — in 2019,” Giuliani told “Saturday Report,” discussing how he frequently thought about how he would share the bombshell information with Americans. “I gave it to Hannity in early 2019, then to John Solomon, then to Mike Pompeo, who also buried it.”

“And you should know that now that he’s running for president — and I will tell you the whole story about that at some point. I’ll write it out.”

“And then Barr buried it in January of 2020, and I didn’t know that Barr has the hard drive,” Giuliani continued to host Rita Cosby. “He covered up the hard drive.”

From the first allegations of Russian collusion to the Trump campaign to the presidential elections and now the deadly war in Ukraine, Americans could have known the truth in 2019, if they had just listened to Giuliani, he continued.

“I’ve been living with this for 3.5 years when I first put out the information about Biden’s bribery in Ukraine, and I lived through that,” Giuliani said. “I got up every morning from the first moment I got that hard drive, saying to myself, ‘How can I get this to my fellow citizens? Because, you just read a just a little bit of that, you realize the candidate of the Democratic Party was a lifelong criminal, and I mean, there are 50-60 crimes outlined there and I’m not saying that lightly.”