RINO Romney Gets Some Terrible News 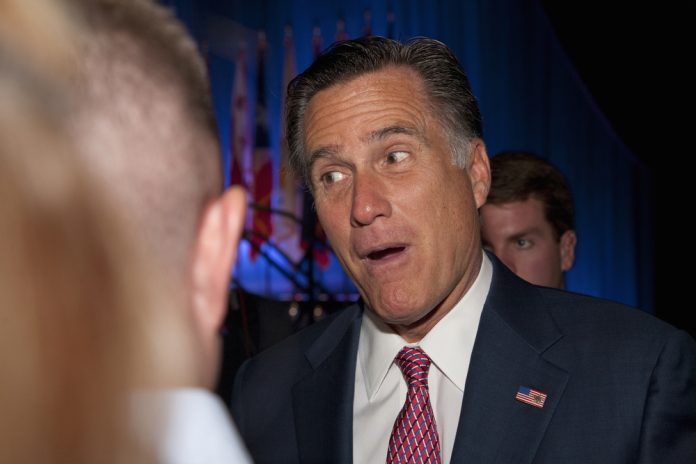 In fact, the news is so bad that the RINO senator, one who has obvious presidential aspirations, aspirations that unfortunately weren’t crushed by his devastating 2012 loss, might have trouble even holding onto his Senate seat.

What is that news? That a real conservative might run against him, one who is popular in Utah and on the side of the MAGA movement. As Politico reports:

Utah Attorney General Sean Reyes, who backed Donald Trump’s efforts to challenge the 2020 election results, is preparing for a 2024 Senate run that could pit him against Sen. Mitt Romney in a GOP primary.

Reyes, who has been elected statewide three times, in recent weeks has discussed the matter with key players in Utah politics and with allies of the former president, according to a person who is familiar with Reyes’ plans. Reyes will make a final decision and likely announce his intentions in May.

According to the same report, that person, the one “familiar with Reyes’ plans,” told Politico that:

“Sean is very seriously considering running, regardless if Mitt runs or not. He’s confident that regardless of what Sen. Romney wants to do, he’s going to pursue this.”

Now, perhaps Romney is done with politics anyway, or at least done with his seat in the Senate. He hasn’t announced his 2024 plans yet, might want to run for the presidency rather than Senator, and is under vicious assault from the right most days.

The era of his type of RINO/Conservative, Inc. politics is obviously over and Romney, were he smart, would move out of the way rather than get humiliated when running against a real Republican.

But Romney is an egomaniac. During the Trump presidency, he made everything about himself and repeatedly stymied the Republican agenda to show how “principled” he is. Remember when he sided with the Democrats and voted to convict Trump during the impeachment debacle?

Like Liz Cheney, he repeatedly put his ego and desire to be praised by the MSM over doing what was best for his party, and Utah voters surely recognized that. So, if he goes up against Reyes in 2024, the time when he’s up for reelection, that race could end very, very badly for him, particularly if Trump is still a major figure in the GOP by then.

Further, beyond Trump, Utah is a ruby-red state, and Reyes, a dyed-in-the-wool conservative, is just a far better fit than Romney, a RINO at best who was a much better fit for liberal Massachusetts.

So, the fact that Romney could have to fight an electoral battle with a real conservative is very bad news for him and very good news for Utah; perhaps Mike Lee will finally have a conservative colleague.

Source
RINO Romney Gets Some Terrible News is written by Will for trendingpolitics.com

21 Ways To Use Socks For Survival

Biden ready to announce $750 million more in weapons for Ukraine