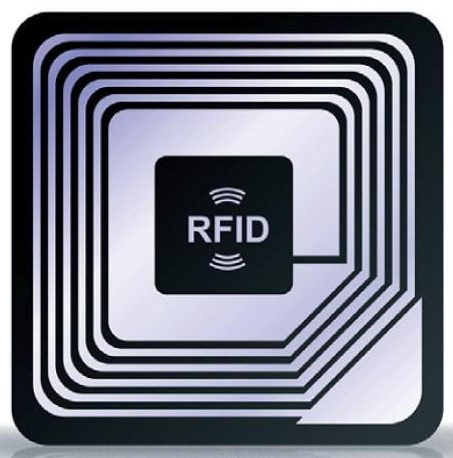 You may be shocked to know that the little “chip” on your debit and credit cards contains an RFID tag. (and so does your passport). Thieves can use this to their advantage by using that tag to steal your card # and expiry date, as well as your identity info. However, that’s not all. It turns out banks know about this technology, and aren’t doing anything to stop it.

This Survival Tool Protects Your Cards From RFID Hackers

Obviously, this is a terrifying world we live in. But that’s the reality. And so, in order to protect our personal info as well as our finances, we’ll have to delve into…

RFID stands for Radio-Frequency Identification. This technology uses radio waves in order to read, attain and otherwise engage with information that’s stored on a tag. A tag is usually attached to an object (for instance, the “chip” on your credit card is a tag). And the tag assigns a unique “identity” to the object it’s on.

Well, someone with the right technology can “read” that tag (or attain the info on it) from several feet away.

What’s more, this tag doesn’t have to be directly in front of someone in order to attain the info. So although your card is not in a thief’s direct line of sight, they can still interact with the tag.

If that wasn’t terrifying enough, tags don’t use batteries or an internal power source, since they work off radio waves. And they can be as tiny as a grain of pepper – meaning someone can embed them practically anywhere.

This Wallet Blocks All RFID Signals

The Basic Parts Of An RFID System

An RFID system has two basic parts – the tag and the reader.

TAG: The tag contains both a transmitter and a receiver that are embedded into it. The tag also contains an integrated circuit that stores and processes info, and an antenna that receives and sends out signals. The tag also has non-volatile memory storage – which in “computer speak” means it retains its data even if there’s a break in the power supply.

READER: The reader contains a two-way radio transmitted-receiver (aka a “transciever”). This device is also known as an “interrogator.” That’s because the transceiver sends out an encoded radio signals that “interrogates” (or activates) the tag. In response, the tag converts the radio signal it receives into usable power, and responds to the reader, giving it its information.

The Basic Uses Of RFID Technology

Believe it or not, RFID technology is everywhere. Since it requires zero power sources or batteries and can be incredibly small, it’s showing up in things such as:

The basic appeal of RFID technology is that it feeds into the “convenience” factor America (and the world) has become obsessed with. Using this technology, you can track almost anything. You can also turn on your car, open your hotel door, and check into a resort using a bracelet since you no longer have to touch anything. Just scan the tag across the reader, and it accesses everything you need.

The Dangers Of RFID Technology

The radio waves will go through your bag/wallet and straight to the chip – you don’t even have to have it out in the open for thieves to access it. And this is one of the most terrifying and unsettling aspects of this technology.

Hackers Hate That This Tool Blocks Their Hacking Attempts

If that weren’t enough, criminals are all over this technology. For instance, when the U.K. first began putting RFID tags on passports, the encryption was cracked by hackers in just 48 hours. Now just think about how many things in our world contain RFID technology and do the math. We’re all in serious danger of being hacked, and having our credit card/identity information stolen from us.

How To Protect Yourself

Obviously, RFID technology isn’t going away. And so, as you’ve probably gathered by now, it’s absolutely crucial to protect yourself from having your personal identity and card info stolen.

One of the best ways to do this is with the SecureTech Carbon Wallet. This impressive wallet contains innovative RFID-blocking technology that will keep your debit/credit card and passport data 100% safe from digital thieves.

Not to mention, this wallet is also impressively stylish, and looks great on just about anyone.

RFID technology is a big deal – and when thieves get ahold of it, the consequences are dire. That’s why the company selling this wallet is conducting a National Survival Awareness Campaign. And, for a limited time, they’re giving this RFID-blocking wallet away for FREE.

In a world as terrifying as ours, it’s up to YOU to protect yourself. This offer won’t last long – click here to get this wallet now.

5 Survival Skills You Can Practice At Home

Prepping For Your Pets: Tips To Get You Through A Crisis

The Best Ammo For Survival