Republican registrations surge in Pennsylvania in warning sign for Democrats 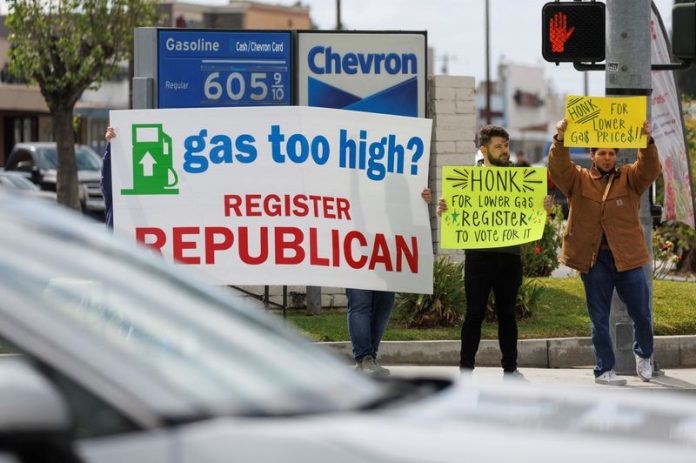 Former Democratic voters are registering Republican at four times the rate that Democrats are making the reverse conversion in the battleground state of Pennsylvania, a warning sign for Democrats as they try to keep control of the U.S. Congress.

The Republican gains in Pennsylvania, home to a critical U.S. Senate race, follow a pattern seen in other states that could have competitive contests in November’s elections, as high levels of disapproval with Joe Biden’s handling of his job are helping narrow the long-held advantage held by Democrats in numbers of registered voters.

“I just got fed up and just felt like there has to be a better way,” said Beth Jones, 48, a retired Philadelphia police officer who last month registered as a Republican, ending her three-decade affiliation with the Democratic Party.

Similar to other recent converts interviewed by reporters, Jones cited concerns about inflation and violent crime in making the switch.

Reporters examined registration data in six states that could see tight U.S. Senate races in November and which generally require voters to be members of a party to participate in nominating contests. While each state tracks voter registration differently, the review pointed to Republican gains in four of those states, and no substantial difference in two of them.

If Republicans retake control of either of both chambers of Congress in the Nov. 8 midterm elections, that will give them the power to bring Biden’s legislative agenda to a halt.

Nowhere is the Republican advance in voter registration more evident than in Pennsylvania, where so far this year Republicans have converted four Democrats for every Republican who has switched to the Democratic Party, according to data published by Pennsylvania’s Department of State. That’s on track to be the highest conversion rate in at least a decade and well above 2016, when Republicans took the White House, House of Representatives and Senate.

“This is bad news for the Democrats,” said Kevan Yenerall, a political scientist at Clarion University in Clarion, Pennsylvania.

While registered Democrats still outnumber registered Republicans by more than half a million in Pennsylvania – 4 million Democrats to 3.4 million Republicans as of March 28 – the long-held Democratic advantage continues to narrow and is on pace to be the smallest in a general election since 2005.

The smaller gap could have significant implications for the race to succeed retiring Republican U.S. Senator Pat Toomey. Pennsylvanians will also vote for governor in November to follow Democrat Tom Wolf.

In North Carolina, where a tight Senate race is expected due to the retirement of Republican Senator Richard Burr, Republicans so far this year have picked up three Democratic converts for every voter that Democrats have poached, according to state election board data. Throughout 2021, the Republican advantage was about half that.

In Florida and Nevada, the numbers of registered Republicans rose in the first few months of the year while the ranks of Democrats declined modestly. In New Hampshire and Arizona, the removal of inactive voters from registration rolls has led both parties to lose similar numbers of voters in recent months.

Jeff Sheridan, a senior adviser for the Democratic Party in Pennsylvania, said the party isn’t sitting on its hands. Efforts include hiring field staff earlier than usual for an election year, including additions of staff in January on college campuses around Philadelphia who are working to register younger voters, a demographic that leans Democratic.

But even in Philadelphia, a traditional Democratic stronghold, Republicans are gaining ground. Voter data shows that 1,315 Democrats in the city have filed forms this year to change their party registration to Republican, more than four times the number of Republicans making the opposite switch.

Not all the Republican conversions that show up in the registration data represent net losses for Democrats.

Angered by the city’s violent crime wave, Alexandra Field said she registered as a Democrat last year in an unsuccessful attempt to help oust Philadelphia District Attorney Larry Krasner in the Democratic primary before re-registering as a Republican in March.

Ed Rumick, 72, a retired union electrician, told reporters that his switch to Republican merely formalized a years-old decision to no longer support a Democratic Party that he sees as weak on border control and bent on socialism.

But Calvin Tucker, deputy chair for the Pennsylvania Republican Party, said the gains point towards a strong showing for the party.

Speaking from the party’s recently opened office in northwest Philadelphia, Tucker estimated that petition drives and other efforts to engage with Black and other traditionally “underserved communities” in the city had yielded more than 100 converts or newly registered Republicans so far this year.

“It is a citywide outreach,” Tucker said. “We will do canvassing, knocking on doors, standing on corners, and talking to citizens and neighbors about who we are and what we are trying to achieve.”

In addition to inflation and other economic issues, a growing number of Pennsylvania voters have become disillusioned with the Democratic Party over its perceived shift leftward on cultural matters, said Terry Madonna, a senior fellow in residence at Millersville University, a longtime political analyst in the state.

Madonna pointed to Republican Glenn Youngkin, who won the governorship of Virginia last year after campaigning on a promise to ban the teaching of critical race theory in schools, as an indicator of what will resonate with Pennsylvania voters.

“It’s not just inflation,” Madonna said, noting that Republicans scored a series of victories in municipal elections in the Philadelphia suburbs last year. “I think it’s a combination of things.”

(Reporting by Nathan Layne in Philadelphia and Jason Lange in Washington; Editing by Scott Malone and Alistair Bell)

Source
Republican registrations surge in Pennsylvania in warning sign for Democrats is written by Wolf Daily for wolfdaily.com

6 Sneaky Places To Hide Your Cash

All About DIY Guns

DeSantis Gets in Battle of Wits With Undermanned Gavin Newsom