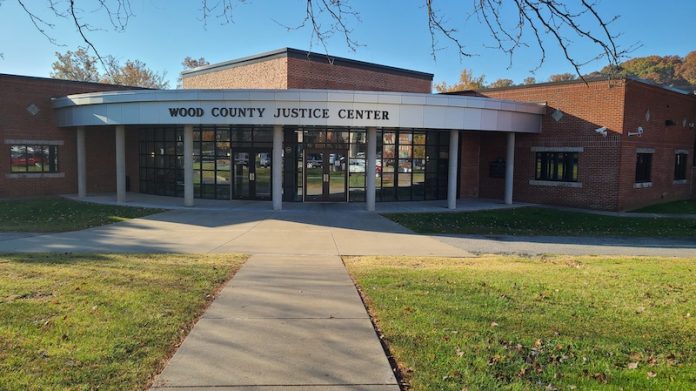 Editor’s note: This article is the fourth in a series of articles reviewing and analyzing the facts and evidence related to the death of Judy Petty. Read the first article to learn about the facts and timeline surrounding Judy’s death. Read the second article for information on the initial investigation conducted by police and the fire department. The third article provides a look at our team’s recent on-the-ground investigation.

Judy Petty was 48 years old when she disappeared while out for a walk in her hometown of Parkersburg, West Virginia, in February 2008. Two days later, her remains, burnt beyond recognition, were discovered in the cellar of an outbuilding on her family’s farm.

Judy Petty’s case has grown cold over the years as law enforcement officials ran out of leads. Our partner team, spearheaded by Melissa Sandberg and Justin Rimmel, recently launched a renewed investigation with the goal of uncovering new information and obtaining tips that will ultimately lead to the arrest of Judy’s killer(s). I visited Parkersburg to assist with investigative activities.

Raising Awareness of Our Interest in Judy’s Murder in Parkersburg

Every business that we entered, we struck up conversations with employees and patrons. Many remembered Judy’s case and those who did not wanted to learn about it.

We passed out business cards with Judy’s photo and a QR code that linked to the Facebook group dedicated to getting justice for Judy Petty. We also hung posters with additional information in every business possible, including the library where Judy was last seen.

A couple of Judy’s family members accompanied us to local hangouts one evening. We chatted up different local patrons and passed out more cards. By the end of our time in Parkersburg, the Facebook group had over 500 members and was growing by the hour.

It didn’t take long before emails, messages and calls to the tip line began to come in. Our efforts to get the town talking about Judy’s case proved successful.

We also spent many hours with Judy’s parents and family members, recording their recollections and ideas about Judy’s death for our podcast, “Safe Haven.” That content would be valuable for producing podcast episodes, another media platform that has proven to be highly successful in gaining awareness for unsolved cases and sometimes helping to solve them.

With every cold case our team takes on, we aim to garner public awareness of our team’s efforts and methods on all types of media platforms, such as television stations and print media. While we were in Parkersburg, a reporter from local TV channel WTAP filmed a segment at the house of Judy’s parents.

Marvin and Joan Petty, Judy’s parents, sat hand in hand on their couch and answered difficult questions about their daughter’s death. They pleaded with the public to provide tips and answers, so that Judy’s murder can finally be solved.

We also talked with Jess Mancini, long-time reporter for the local newspaper, The Parkersburg News and Sentinel. We provided him with insight into our team’s mission, concept and goals for our investigation into Judy’s case, and he published a great article covering our efforts.

Tracking Down Leads at Parkersburg and Wood County Library

The Parkersburg and Wood County Library was the last place Judy reportedly visited on the day of her disappearance. We chatted with several employees about Judy’s case. A couple of them were familiar with her case, but said they did not know her personally.

During the official investigation, local police confirmed that the books Judy planned to return to the library were dropped off on February 6, 2008, the day of her disappearance. Unfortunately, there was no video system in 2008 to confirm that she was the one who actually returned the items.

On our last day in town, we attended a meeting with Chief Deputy Mike Deem of the Wood County Sheriff’s Department, which currently has jurisdiction over Judy’s case. Several of Judy’s family members attended the meeting.

Chief Deem was inviting and receptive. We provided him with a binder with information about our team’s mission and methods, our initial research on Judy’s case, and crime scene photos taken by Judy Petty’s family. We also discussed some of our past successes in solving cold cases.

Over the years, we’ve found that many people who might have crucial information about a case are reluctant to speak with police. But often, those people are more comfortable talking to one of our team members, as we are less intimidating and can ensure confidentiality. Chief Deem readily agreed to review all tips and information we forwarded to him and promised to investigate all new leads.

We left the Sheriff’s Department feeling optimistic. Sometimes, law enforcement is not receptive to outside help. But with regards to Chief Deem, he made it clear that he wanted to collaborate and engage in a positive working relationship.

Readers Can Assist in Obtaining Justice for Judy Petty

If you’re interested in the progress of Judy Petty’s case and want to help our team, please join our Facebook group dedicated to finding Judy’s killer(s). Our administrators regularly post updates on the case and discussion topics; also, they welcome any input and ideas from readers. In addition, you can listen to Season 1 of Safe Haven, an investigative podcast that covers our team’s real-time investigation of Judy’s murder.

If you have information about Judy’s death, email our tip line at [email protected] or call 224-225-5208. All tipsters are guaranteed confidentiality and anonymity if they express a preference for privacy. Tips about the case of Judy Petty can also be reported directly to the Wood County Office of the Sheriff’s tip line at 304-834-3909.

AOC Getting Her Nails Done As Act Of ‘Resistance’

8 Non-Lethal Weapons Seniors Can Use Against An Attacker