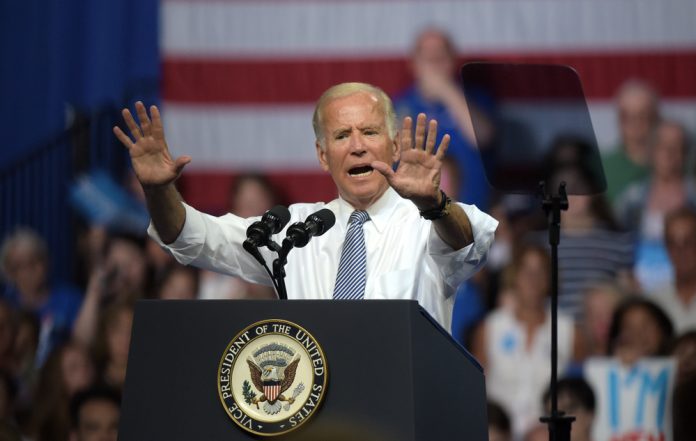 According to a new poll, a majority of Americans believe President Biden’s prime-time speech last week portraying Republicans as anti-democratic extremists was a “dangerous escalation in rhetoric.”

In a Trafalgar Group poll, 56.8% of respondents said the speech was dangerous and “designed to incite conflict among Americans,” while 35% said it was “acceptable campaign messaging” in an election year.

When asked for their thoughts on the speech, 7.7% of those polled said they were unsure.

Third-party and independent voters viewed the speech as dangerous, while 31.2% thought it was acceptable campaign rhetoric.

The survey, which took place from September 2 to September 5, polled 1,084 likely general election voters. The margin of error in the poll was 2.9%.

Mr. Biden struck a somber tone in his speech last week in Philadelphia, framing the upcoming midterm elections as an eternal battle for “America’s soul.” He portrayed supporters of former President Donald Trump and his Make America Great Again movement as a threat to the rule of law, civil rights, and global standing.

He accused “MAGA Republicans” of refusing to recognize free and fair elections, threatening violence in response to unfavorable political policies, and working to undermine “the will of the people.”

Mr. Biden slammed Trump supporters for refusing to accept the results of the 2020 election, claiming that “democracy cannot survive” under their belief system.

The president went out of his way to emphasize that he wasn’t painting Republicans as a whole, but rather Mr. Trump’s supporters, who he said “dominated” and “intimidated” mainstream Republicans.

While Mr. Biden campaigned on a promise to bring the country together, his tough rhetoric has raised concerns that America has become even more divided under his leadership.

Following the speech, the Trafalgar Group polled the parties to see how they perceived the rhetoric.

70.8% of Democrats polled said the speech was acceptable campaign messaging, while 18.7% said it represented “a dangerous escalation in rhetoric designed to incite conflict among Americans.” Approximately 10% of Democrats were unsure.

An overwhelming majority of Republicans, 89.1%, viewed the speech as a dangerous escalation and just 4.7% said it was acceptable campaign messaging. About 6.2% of Republicans said they were unsure.

Using Pine Resin In The Wilderness